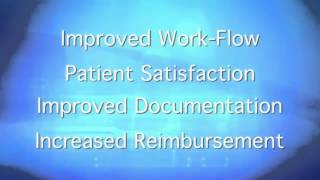 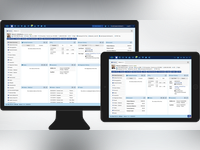 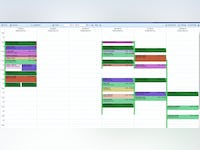 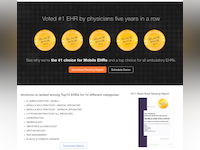 (9)
This software is designed to help optometrists better manage and analyze their business and clinical operations.
Produktdetails Vergleich anzeigen

Kommentare: It's our lifeline. We'd be lost without it.

they have an annual Users Group meeting that is invaluable (and fun). The EHR visit design tool is intuitive and powerful. You get to know each real human working their tech support. They are all helpful and knowledgeable. I don't know the actual number but I would bet the average job retention to be in the 6-10 year range.

Any large and complex software can develop bugs. As many practices have customized the product to their own needs those bugs can manifest themselves in different ways. this can make it frustrating for the end user as well as the development team. However, they are relentless in the pursuit of perfection

Inexpensive PM system, but you get what you pay for.

The system is relatively inexpensive, and there are many ways to customize the program to your particular needs. Fairly intuitive, and easy to teach others how to use.

Too simplistic (for instance, lacks email or messaging within software, so we're unable to communicate in a HIPAA-compliant manner). Ability to run detailed reports is disappointing, as you can't combine different "sections" of the system, such as patient demographics and EHR visits. Requests for help are sometimes answered in minutes, or not at all, requiring multiple attempts to get a resolution. In the end, if you don't have high expectations, and aren't looking for cutting-edge technology, M+ might suit your needs.

Kommentare: 1st of all we want with this software due tot capability to integrate directly to what seemed like a quality EHR system. The billing features would only be further enhanced once we could implement EHR down the road, however we purchased this program to use only for billing initially. We were sold on the "lcustomer service calls answered live 98% of the time". The reality was about the exact opposite. We can call numerous times in a day, either going straight to voicemail, or holding for 20 minutes then a voicemail and never recieve a call back & rarely within the same day, so we just keep calling. Further, our issues never seem to be a high priority to them, even when they feel URGENT to us. The week we implemented our contract, we were assigned a trainer, and received emails stating she was out of the office for the next 3 weeks with limited phone and email access. Nice start, huh!? & they had new phone sysytem so we also couldn't get customer service to answer the phone. We called our sales rep, and he was out to. We called and emailed other trainers, similar replies, out for weeks. Bottom line, M-plus took on to much, to soon and was not & &/ still not prepared, staffed & capable of servicing and training new customers. We have been with them now for going on 10 months with severe program issues due to lack of training and information. We schedule a training and they want to reschedule. They want to do everything on a recorded webinar when we need direct training & specific directions. There are significant shortcomings we are still coming across. Granted they have customers of 16 years who are happy but right now they are not capable of helping new customers. They are not personable & don't make their customers feel like their business really matters. In attending a recent users group meeting, there was nothing of special note to make us feel warm & fuzzy about being a part of their program. After all the problems we have had, even the CEO said "let me know if you need anything" but didn't really respond much when I indicated they completely missed many sales opportunities by not taking care of us from day one! (As it had been our intention to go EHR by year end)

No up front cost, you pay monthly for the program. You can create about any report, once you learn to think like their program. Billing, EHR & Optical & batch eligibility. You don't pay extra for customer support

You can't get live customer support as they promise. You do ALL the set up on your own (something other/older customers told me they didn't have to do, but apparently now new customers, or at least we did) The used a excel of patients & insurances & uploaded the bare basics. All the set up of insurances and clearing houses even the specifics of many of the loop and segments have fallen upon us to know & work through... again a very difficult, painful & unncessary process. Even when we are told how/what to enter, it has been inconsistent & had to be changed multiple times & as of this week, a program change now renders it ALL to be reprogrammed yet again... not by them, but now I have to go back to every single insurance & make changes to avoid denials...

Kommentare: EASE of use. Training quick and easy.

Customizable for EHR and very user friendly. Have worked with this program since 2003 and would not change our system. They are always making upgrade to make the system better. Developers listen to the users to add functions on the system.

The changes to the ownership has been tough. This was like a family in the support that we have used and got to know. Now they are becoming more corporate. This is a great group why change something that has been so good for so long.

Easy to navigate the systems and everything on the patient are in one place, not 3 places!

The customer service staff is a little slow at getting back to the client. They need to have more experience in the CS staff. They did have this but changes in their staff have made it rough on complex issues.