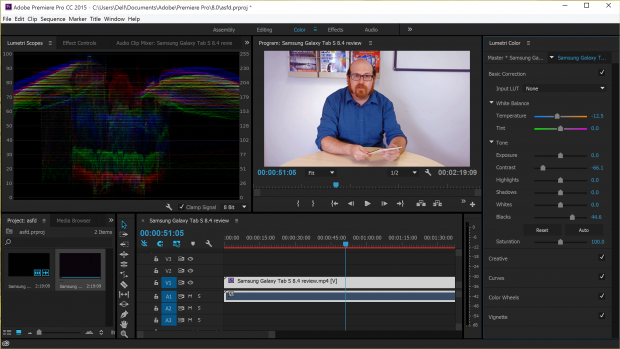 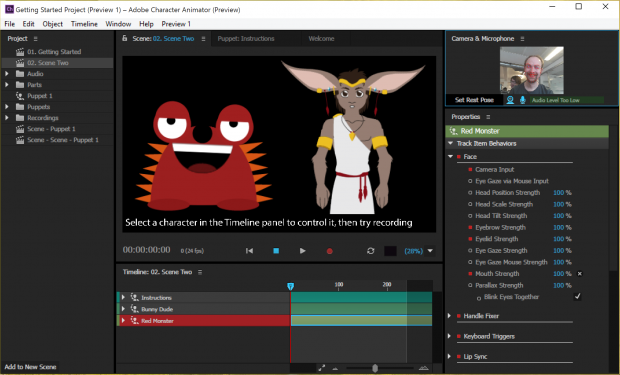 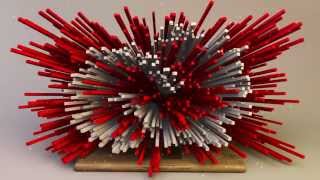 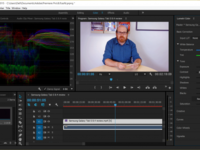 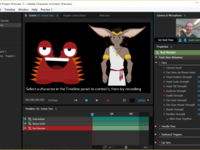 4,7 /5 (76)
Record a great video, give it a personal brand makeover, share it with your friends, colleagues or customers, track audience engagement
Produktdetails Vergleich anzeigen

"This ist simply the most versatile, powerful and allround solution you will find"

Kommentare: Fantastic value for Money. I can do professional looking Video and Image Work for a fair fee. I can also buy stockmedia along the way for an absolutely fair amount of money. Creative claoud has mature tools for a professional auience and I can simply, only recommend it.

Vorteile: I have worked with the Adobe Products for 20+ years now. I used Photoshop and Adobe flash back as the Internet still ran on steampipes (so to say) and I was a Student. Later I trained other students when working as an Intern at the University, I also worked as aOperator in a Publicity Agency for a while with the Adobe Products. Today, in my solopreneur life I still use it and I must say, somehow Adobe managed to get things right. The Products are bundled in the creative Cloud now. You have the specific tools for what you need to do at hand and this is good because Adobe makes great tools which have matured into powerfull instruments. If you want to do things professionally use this.

Nachteile: Well Adobe Tools are tools for professionals. This means there is a steep learningcurve and it is not easy. There are serval paradigms you need to understand in the Adobe Way of doing things. If you manage this, you have no issues, especially because these things are done along the same lines in every Adobe product. I could criticize, that the subscription type of approach to monetisation is done in a seductive way, but actually, I always had the feeling of - well it IS worth the money. And it is...just when you plan to interrupt your subscription be sure to think about it because you will not be remembered.

Kommentare: The Adobe Cloud software has been pinnacle to creating digital media which entices customers to shop at my business. It also has been great for designing and editing artwork and photographs for my families home. I have also used it to design presentations I used while in school. It is my workhorse for productivity, design, and creation!

Vorteile: There are a lot of different things to say about the Adobe Creative Cloud Suite. Simply put, with access to Adobe's Creative Cloud, the top quality media editing tools are right at your fingertips. I have spent the last 17 years using Adobe's products on a weekly basis. It has varied from professional uses, to personal uses, to educational uses. During this time I have seen the upgrades and implementations first hand. I was introduced to photoshop in 2003 and was impressed with the versatility and capabilities even then. As my skills and needs increased so did the capabilities of photoshop and I always had the tools I needed. I must also say that at first, I knew all of the capabilities of the software, but know the endless capabilities have surpassed my knowledge. They are always improving! Later they released lightroom, and that became my go to for lighting adjustments. It has been a great ally since I found it! Previously the software cost $600+, and I could only afford a new copy every so many years, and I often found myself sticking with the older software. However, with their subscription version, I can pay small amounts and always have the newest software. All-in-all it is the same cost as upgrading every 4 or 5 years. The software tends to be very user friendly, and the cloud option to cross platform edits is a huge win!

Nachteile: This is just a con I feel about most "Cloud Softwares" in general. The launcher applications they use take a hit on memory, and occasionally CPU. This gets annoying since I do not like having extra unnecessary things running in the background. I wish I could just have a local license the required weekly internet connection renewal. This to me is the biggest con. I also wish I could by a universal subscription for personal work and school. I have to three different instances to abide by their terms. Because of this my cloud sharing functionality takes a hit.

"Easier than ever and accessible anywhere"

Kommentare: I've been a customer and user for Adobe for over 15 years and they are still the best all around choice for graphic design and development software applications. They have not only set the bar but still are pioneers of graphic designing programs with the capability to do just about anything and the best choice for all skill levels.

Vorteile: The cloud has made it far easier to enjoying our programs and software without having to hassle with discs, large downloads, space taking installations, frequent updates or patches, and even licensing is far more easier than before. The cloud and accessing the software anywhere now and even continuing where I left off from a different device has to be my favorite thing and what I like most about Adobe CC.

Nachteile: I believe in trying something out before buying is an essential part of software because you otherwise would not be able to tell if certain things that you need even exist or compatibility issues might render the software useless otherwise.

"I cannot say how much I dislike Adobe enough"

Kommentare: I use the Adobe Creative Cloud at my full-time job, and it is a constant headache. It does the job it's supposed to, but for a company such as Adobe, I expect better. I expect better products, better customer service, better policies, better everything.

Vorteile: The programs are fairly easy to use. And I suppose on paper it's not a bad idea. Having a subscription does make it so you're spending less money up front. And it's an easy way to stay up to date. But remember, this is all on paper. In practice it's not so good.

Nachteile: Adobe seems to have something of a monopoly on the graphic design market, because I don't think they'd be getting away with their practices otherwise. People who bought their products previously no longer have license to use the software they once purchased if they're not using Cloud. Their programs crash all the time, and are full of annoying UI issues. A ton of small things that just don't make sense. For instance, resizing in Photoshop used to require holding shift to maintain original dimensions. And after users become familiar with that, they decide to change it so that when you size something, holding shift changes the width and height independent of each other. Sure, this would have made sense in the beginning, but to change what so many people are familiar with this late in the game? Plus, you'd think they implement that with all programs. But nope, InDesign it's the opposite, making the change completely pointless. And InDesign is a whole other bag of problems and glitches that can really put you in a bind if you're putting together a company catalog. My supervisor and I are constantly holding our breaths and on the edges of our seats when building a catalog that something major doesn't go wrong. Crashes every single time my computer goes to sleep, it'll randomly delete elements, and there are so many problems across the Adobe Suite that they simply won't fix. I could go on and on and on, but I'm about to run out of space.

"Love the Adobe software but not in love with subscription"

Kommentare: Creative Cloud is industry standard for design and you cant do business without it. It is priced fairly I suppose but would like it to be a little less expensive. I will say customer service was fantastic with the Covid shutdown and really helped out on costs for us independent contractors. Adobe really stepped up and I appreciate that level of support when it is needed.

Vorteile: I love having the lashes and greatest as it comes out. I use Lightroom, photoshop, illustrator and indesign daily. Having a single eco system with very similar controls and commands is a time saver.

Nachteile: As much as I like having updated software it isn't a necessary item for me. Before CC I could get away with upgrading software as needed to save money. It might be a few years of using photoshop before I needed a newer version, but I alway need the latest InDesign. I had the choice before, now I feel it costs me extra every year for things I dont need.