150,000+ sales teams, recruiters, and marketers from top startups to large-scale enterprise use Seamless to build a strong pipeline of qualified prospects and grow revenue faster than ever before. 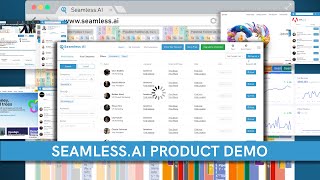 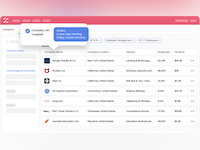 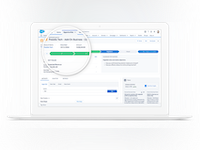 Seamless is fantastic for SDR's

Kommentare: On a team of Sales Development Representatives, we are searching for the best clients to work with and for contacts at those companies that make marketing budget decisions or influence those. While LinkedIn is the best place to search for those contacts, Seamless makes it incredibly easy to locate their contact info and get it properly imported into Salesforce.

Seamless makes the process of finding a leads contact info and entering it into our CRM (Salesforce) as easy as two clicks. And you can bulk-import an entire list (from a saved search in LinkedIn Sales Nav for example), or just select one person at a time.

Sometimes (very seldom) emails are not found or are not correct. But they are more correct and in there more often than any other product of its type I've used (hunter.io, Rocket Reach, etc).

Kommentare: The tool itself is quite good, even if it does have some accuracy issues when it comes to its data. I will admit its not the same tool as zoominfo, and so its unfair to compare the two, so for what it is it works really really well. My biggest gripe is the customer service. I have five licenses right now, and I would imagine that for someone spending a fair bit of money with the company, that I would have a customer success manager reaching out occasionally to make sure everything is going well with the platform. I never have that, even after 2 years as a client. In fact, I sent an email to seamless just last week about that very subject, and of course I get no response which is par for the course it seems. I've heard similar stories from the recruiters in my community as well. I get the strong oppression that they care more about client acquisition than client retention, and when they get you as a client they pretty much forget about you as long as you're on recurring billing. I think if they improve their customer service significantly, they'll have an unbeatable tool. As it stands right now, I'd say it's a great tool with poor customer service and support, which is why I've stopped recommending it in my training programs.

I would say the biggest strength to seamless is going to be the speed at which you could build list off of LinkedIn. The tool is super fast, and that's a huge help when you're scraping big list.

Do you provide some context to this answer, I use seamless for two of my companies - The Kineta Group (a recruitment firm) as well as The Digital Headhunter (a training company for search firms). I also run a Facebook group of about 10,000+ recruiters (the Headhunter & Executive Recruiter Community)where we frequently recommend tools to the recruiter community. I say this because it seems the accuracy of the data has been a bit off as of late, and I'm hearing that not only within my organization but also from comments and posts from others within the recruiter community that I run. Now that said, I'm under no illusion that a tool as fast as seamless is going to be as accurate as some of the tools out there (like Zoominfo and Chatterworks which I also use), but it does seem to be a common theme as of late.

You get what you pay for?

Kommentare: Wish we never signed up with them. I use the free version of Zoominfo and it's a lot more accurate and quick for individual searches. Looking into ZoomInfo license, but it's very expensive.

Fairly easy to use and navigate for basic searches.

Where do I begin? If you need help or assistance from Seamless you must send an email - there is no customer service phone number. Once we signed up our account rep went MIA and never returned phone calls or messages. To learn how to use the software you are directed to a webinar that seems to be produced every few days. There is no one to contact for individual training for specific needs. The one thing that I found to be the worst is the breakdown of leads by location - for us it's specifically NY - they are missing many counties in their parameters. If I want to search for leads on Long Island (Nassau/Suffolk) counties, there is no way to filter them out. When I emailed Seamless they agreed that was not available but did not offer any other reconciliation or promise to update the software. The searches often take a long time to process and you can only search 10 at a time. Very time consuming and frustrating when you're looking to put together a prospect list. You can also not search by SIC or NAICS codes.

Kommentare: I've yet to fine one thing about this platform - software that I don't like. Which is a huge compliment coming from me. I've not had one single need to reach out to tech support yet which is pretty shocking. The only limits to functionality so far as I can see - appear to be the experience and self-training of the user. Each day as I log on in the morning, learn more and become more adept at the functionality... I wonder how I ever sold B2B without such an amazing tool.

instant search, more flexibility, ability to drill down, being in the driver seat, better accuracy, freshness

I've yet to fine one thing about this platform - software that I don't like. Which is a huge compliment coming from me. I've not had one single need to reach out to tech support yet which is pretty shocking. The only limits to functionality so far as I can see - appear to be the experience and self-training of the user. Each day as I log on in the morning, learn more, and become more adept at the functionality... I wonder how I ever sold B2B without such an amazing tool.