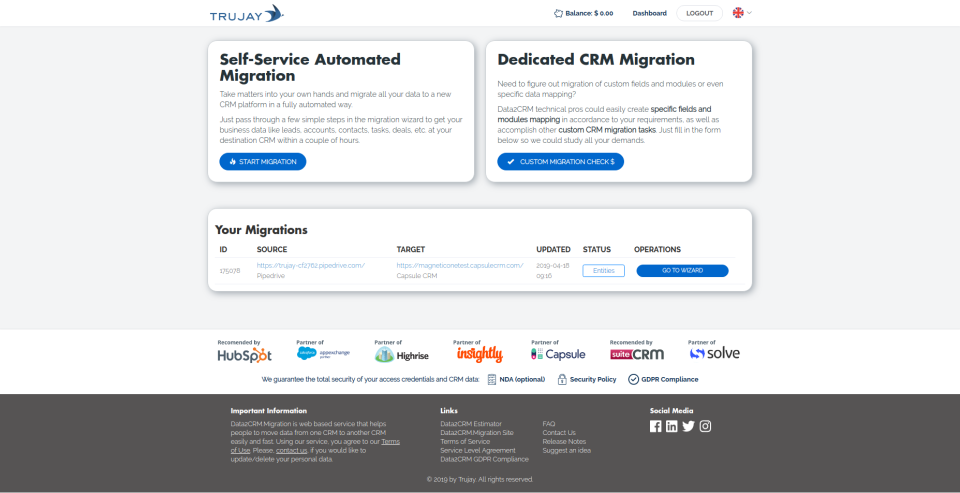 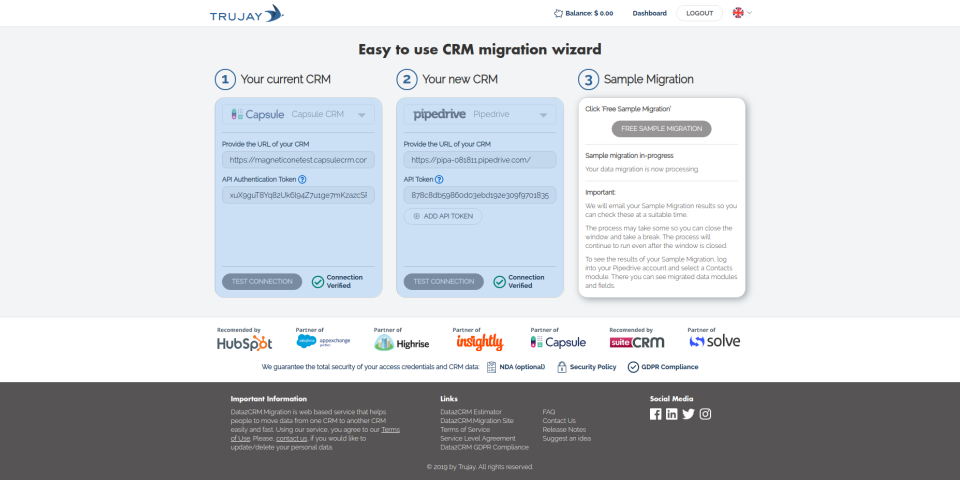 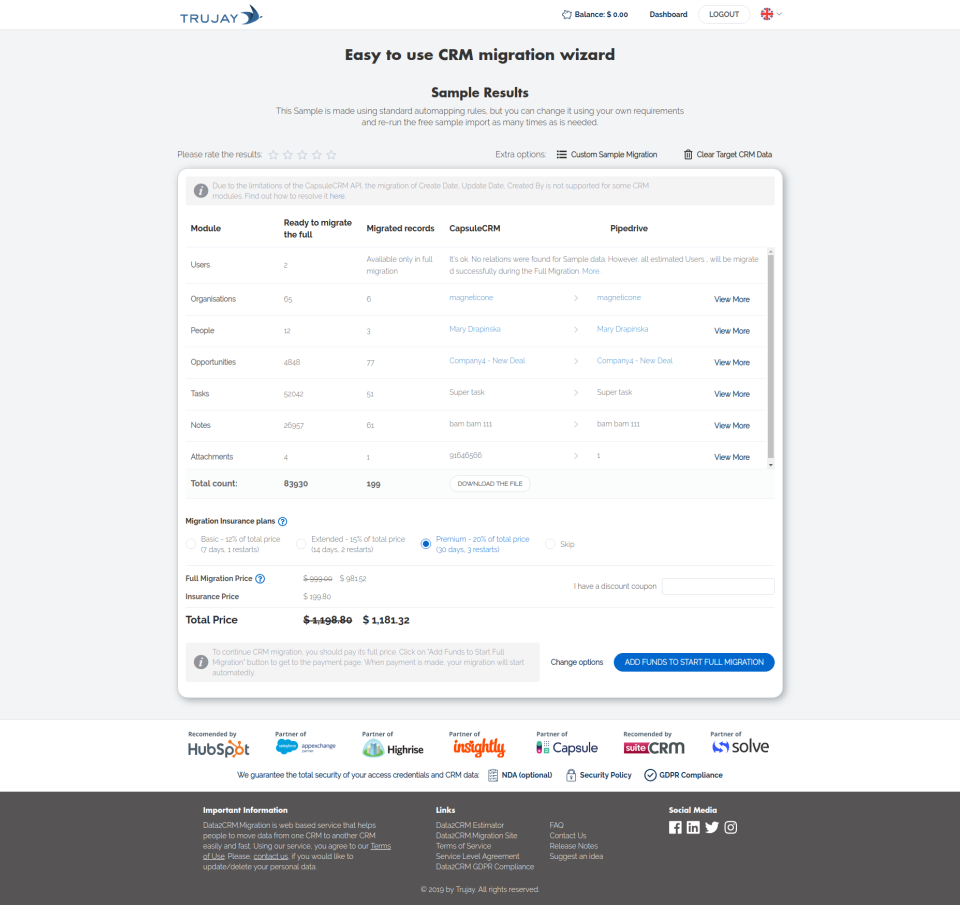 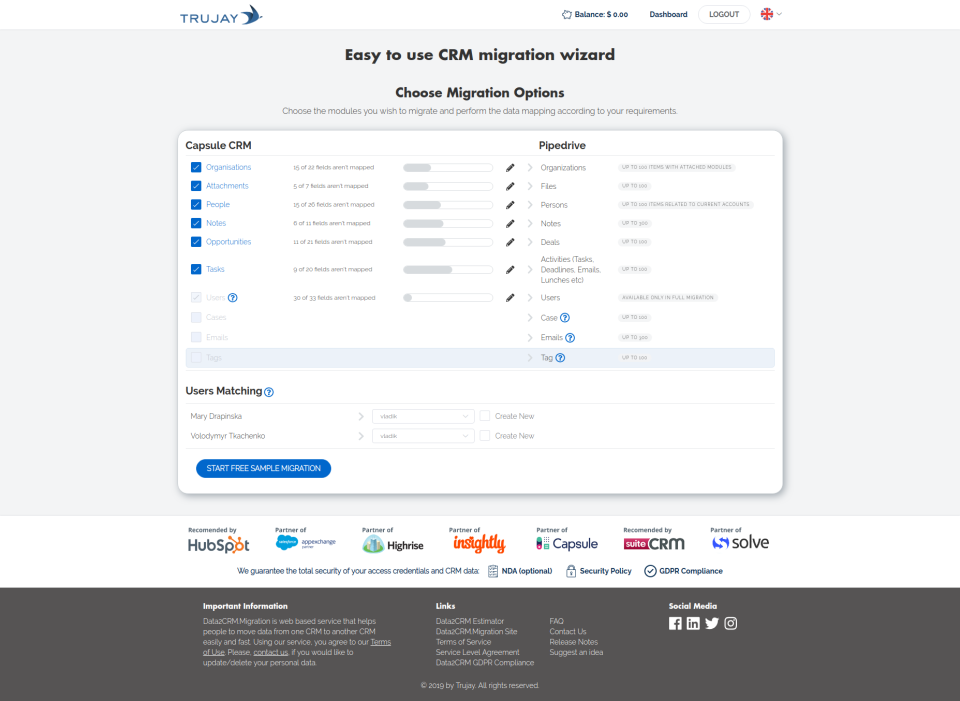 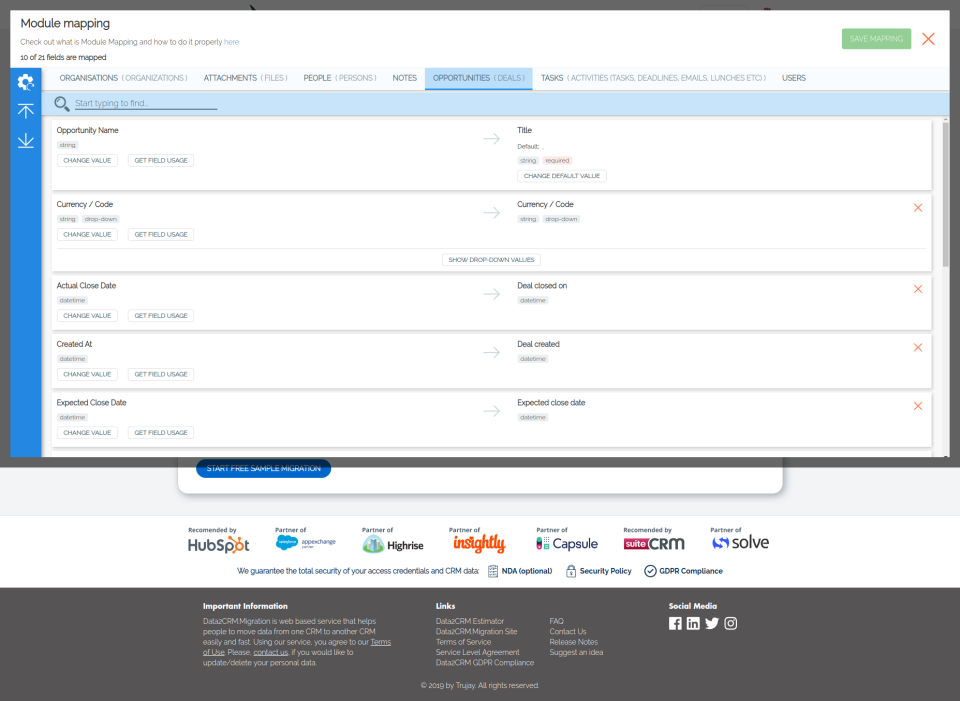 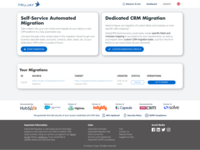 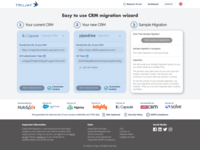 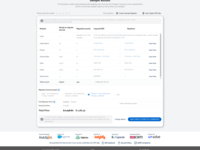 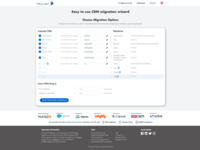 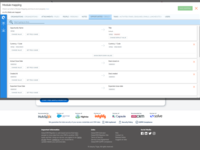 Kommentare: Converting data from one CRM to another.

Vorteile: Migrating data can be tricking Data2CRM is both easy to use, accurate and the support when you need it is fantastic! I can't say enough positive things about the experience. I've used them twice.

Nachteile: Nothing. I really don't have anything negative to say.

Many thanks for such a kind review! We are happy you are satisfied with data migration.

Vorteile: I've implemented or re-implemented Salesforce.com 6 times to support my sales teams as a sales leader, not a systems integration pro. My current company had been using PipeDrive for a few years, which has its own advantages but was not keeping up with our needs as the company grew selling B2B SaaS solutions with an Account Based Marketing approach. I tried using Import Wizard and DataLoader.io, but the biggest challenge was getting the historical info out of PipeDrive. After spending too much time in Excel VLOOKUP hell, our CTO recommended we look at Data2CRM. After the free sample conversion I was convinced it was able to do the full historical conversion faster and better than the old school method I had tried and used before. It's the right tool for the job!

Nachteile: We had some conversion stoppages, including hitting Salesforce API limits. This is undocumented on both sides, and we needed to expand our agreement with Salesforce to accommodate 10k/day APIs. I'd suggest including expanded conversion API use into SF negotiations. We had a couple of other stoppages, but the support team was able to work through them. The other thing we realized is that PipeDrive, or at least the mapping, doesn't seem to export projected close dates, so the pipeline defaulted to the end of the previous month (December 31 in our case). Also, open tasks defaulted to "completed" status, and notes were assigned to me as the Admin rather than the Account, Opportunity or Contact owner. I'm still trying to rectify that in SF.

Kommentare: I am very pleased with our experience with Trujay. They helped us complete a very complex migration from Act! crm to Zoho crm. We needed to break out highly customized contact records into numerous different modules within Zoho then dedup redundant records. This would have been INCREDIBLY difficult on our own. They were able to perform this migration for us and were even able to recover all of our history records - something that no other provider was able to do. This was a project that no other companies wanted to take on and Trujay dove in and tackled it. They also stood by their work and made sure that everything was in good shape.

Vorteile: Software is very powerful
Allows for complex migration options
In certain situations, it is the only option for migrating certain data types

Nachteile: None, the turnaround was pretty long, but it was a very complex migration and it was initiated right around when COVID-19 started to spread like wildfire.

Vorteile: As the old adage goes, don't pick on price. They are cheap. They beat other on price and seemed fine to start with.

Nachteile: Lots and lots of back and forth, took ages to complete and then after completion tell me that files on CRM records arent migrated, basically making the migration null and void. Having got to this point they make no effort to fix and tell me its our fault

Hi, Alec!
Our service is doing everything to ease the data migration process for our customers. Due to the specifics of some CRM platforms, some items cannot be migrated and look same as it was in your previous system. If it wasn't communicated enough clear to you, we say sorry. Also, some items you wanted to migrate weren't estimated before the process, so we couldn't migrate them as well (due to the fact, that our techs didn't know you want to migrate them). Considering all these issues, we can say that the problem was in the misunderstanding between us, but the migration itself was conducted well. In fact, plus to the reasonable price of our service, we conducted the re-migration and clearing options for you for free.
We are truly sorry for the communication discrepancies!
With respect, Data2CRM team.

Nachteile: everything was fine. Great work. Thank you