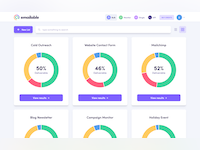 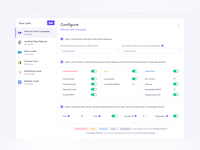 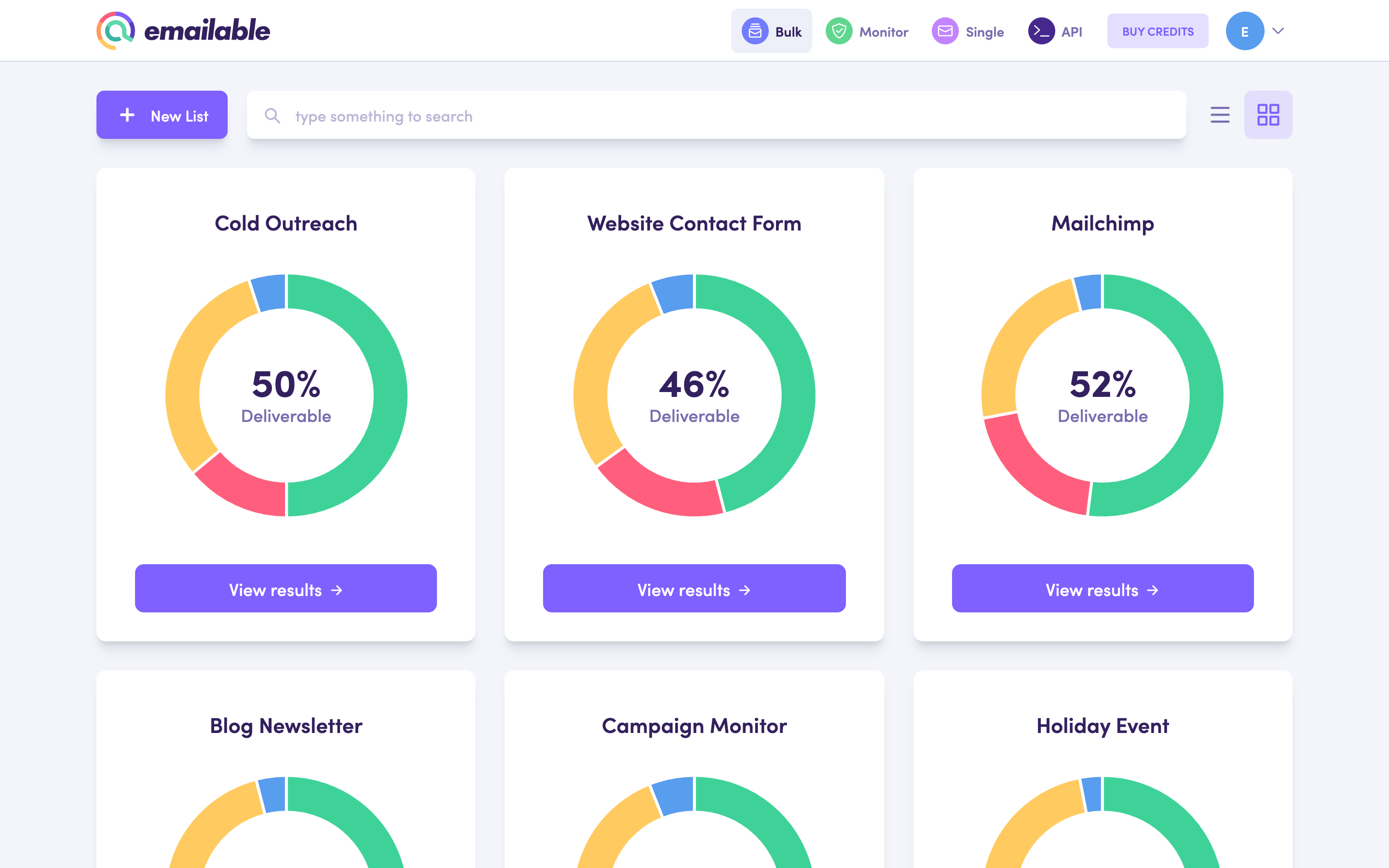 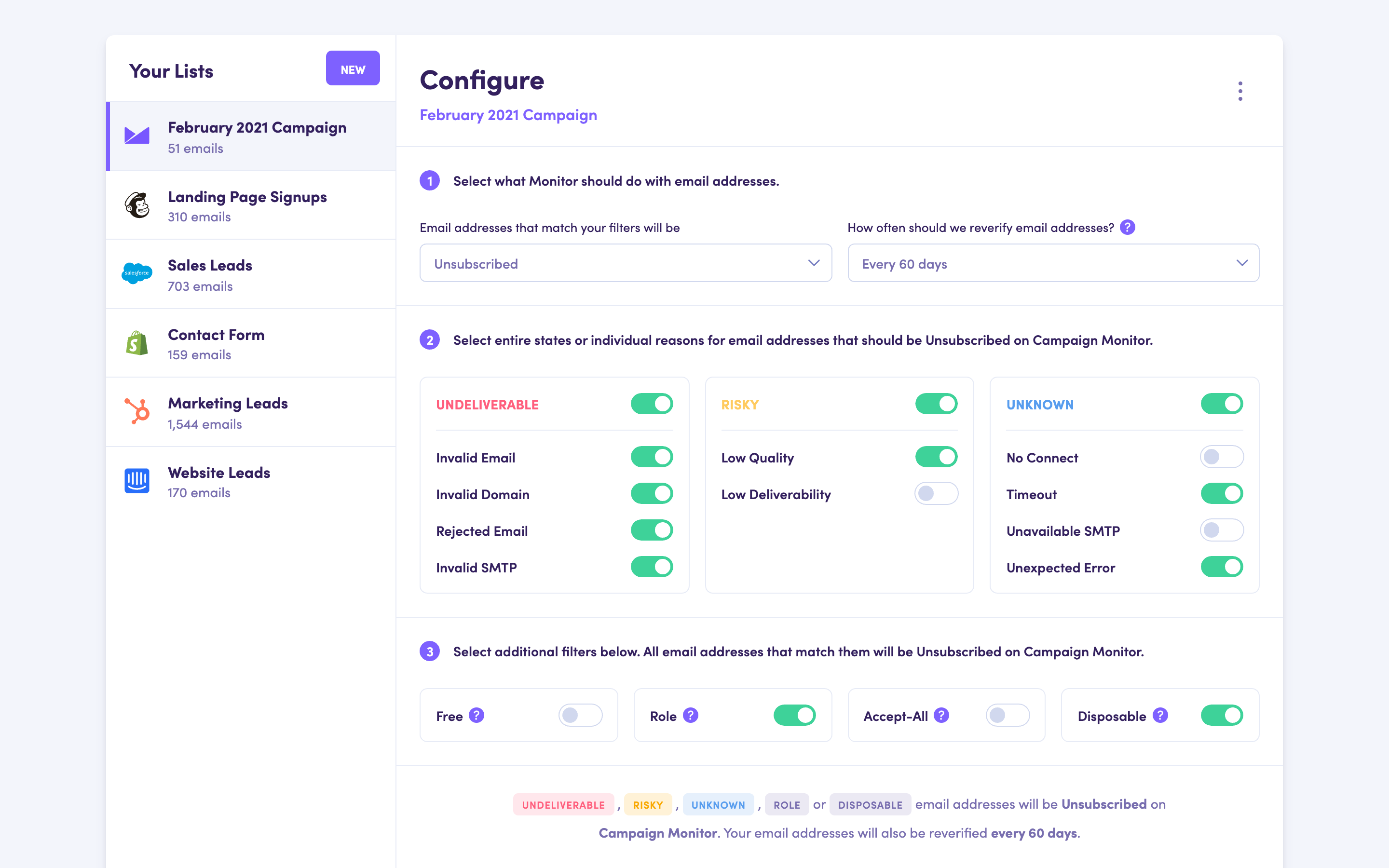 must have if you need to increase email stats (delivery)

Only one thing: live email form testing is not working in modal windows (ie. if your lead magnet is presented as modal popup).

Warum Emailable gewählt wurde: Because TheChecker support is much better, app is faster (prices of both are at the same level)

Glad to hear your feedback, Rafal! We will keep optimizing our platform to be the fastest and the most cost-effective in the market.

After trying others this is the best

Kommentare: Can't say much more than what i said above with pros and cons, but i will say i did my homework. It isn't cheap to run a list through a service like this, especially the size we have, but after being given a large group of test credits to use (more than many others) and the incredible support I was sold.

It truly is very fast. I ran 160,000+ emails through it and the process was seamless. It is also a very clean process with a lot of granular options. They are also the only one that included names and gender for many emails that we didn't have that information for - which was BOSS. But the very best reason to go with Blaze is their support. [SENSITIVE CONTENT HIDDEN] answered question after question for me and even when there was a missing feature that others had she checked with the developers and HAD IT ADDED for me (including bad syntax emails in final report). Wow, blew me away that it was added so quickly, shoot even at all. Right then i knew i would be going with them.

The very small detail i liked about others that could be a little better is the way the final report is broken down for risky emails. Blaze has a percentage for risky emails, which is nice since you can sort by that column in your final report to see the ones that are close, but others show why they are risky a little better. For example "full inbox" or something like that.

Hi Jared, Thank you for taking the time to leave a review. I'm happy to hear your experience with Blaze Verify was so positive and we look forward to working with you again in the future. Best, Emily

Kommentare: nice platform but I am not sure about the info

easy to use for every body and nice dashboard

veracity of information, I uploaded files but not always gave me good results

Gründe für den Wechsel zu Emailable: I did not choose Blaze, I use multiple solutions for my business

Hi Efren, Thank you for sharing your thoughts on Blaze Verify. Just so you know, we offer a 98% deliverability guarantee, which means that no more than 2% of the emails marked as "deliverable" will bounce - this way you can be totally confident that the results you receive from Blaze Verify are reliable and accurate. Best, Emily

Kommentare: I guess emails, validate them via Emailable and then reach out to prospects.

The way It divides the emails into categories for you to know the quality of emails you are working with. This helps you when measuring your outreach and helps you to assume risks consciously.

It might be quite expensive, but it is worth paying for it.

Warum Emailable gewählt wurde: The way It divides the emails into categories for you to know the quality of emails you are working with.

Gründe für den Wechsel zu Emailable: The way It divides the emails into categories for you to know the quality of emails you are working with.

Hi Patricio, Thank you for your feedback!

Does what I need it to do

It's fairly affordable & works well. Provides the information I need to determine mailablity.

Hubspot integration isn't wonderful. I went with Blaze Verify because they had an integration, but in practice, I end up just doing an export, running it through validation and then doing an import with the results. The integration will pull a list from Hubspot, validate it, and then push it back to Hubspot as a new list. That flow doesn't really work for me, with our custom fields and workflows. I'd like to see an integration that automatically validated emails as new contacts were created in Hubspot, no human effort require other than interpreting/setting up a workflow for your results.

Hi there, Thank you for taking the time to review Blaze Verify! We appreciate your feedback. We are currently in the process of making adjustments to the Hubspot integration that should be completed shortly. If you're interested in giving it another shot, please reach out to us next time you verify a list, and I am happy to assist you to do so through the integration. :) Best, Emily