Docketwise is the #1 rated immigration software for form preparation.

Immigration lawyers use our software to simplify legal paperwork for their own clients. Lawyers subscribe to Docketwise for unlimited access to a comprehensive set of family, business and humanitarian immigration forms and immigration practice management features.

Docketwise is cloud-based and scalable. In addition to form preparation, it offers a CRM, case tracking, priority date tracking, tasks, reminders and more. 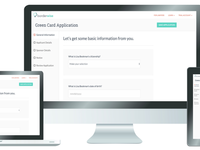 Kommentare: Docketwise is the fourth immigration software I've used in my career. None come close. It's everything I'd wished for in an immigration forms software. Law offices would be well-served to at least give it a try. I've already enthusiastically recommended Docketwise to several colleagues.

Vorteile: The first word that came to mind, minutes into my first demo of Docketwise, was “beautiful.” Anyone who has ever used immigration forms programs will agree that they tend to have dated, clunky, visually uninviting interfaces. Docketwise has been a breath of fresh air. The intuitive user interface flows seamlessly from page to page. The next thought that came to mind during my demo was whether Docketwise’s [SENSITIVE CONTENT HIDDEN], who was showing me the software, was an immigration attorney (he is). Not only was he knowledgeable about immigration law but the software was clearly built by an immigration attorney. One cannot overstate the importance of using software designed by an immigration attorney for immigration attorneys. Docketwise also has excellent customer support. I’ve called [SENSITIVE CONTENT HIDDEN] several times with questions, which he has promptly answered. Docketwise is also receptive to customer feedback and continuously introduces exciting new features. Most recently, it added both an invoice feature, which syncs with LawPay, as well as a customized intake feature. I’d long awaited a customized intake feature in immigration software to ask clients for data that doesn’t exist on the forms, for example their source of referral. Most programs don’t offer this feature. Those that do, charge a cost-prohibitive fee. While Docketwise syncs with other case management programs, they’re not strictly necessary; after these new features were introduced Docketwise is now my all-on-one case

Nachteile: I can't think of any downsides for Docketwise at the moment. If any come to mind later, I'm confident Docketwise's team will address them.

Docketwise is an excellent value and easy-to-use program

Kommentare: Docketwise allows me to collect my clients' information in an easy-to-understand format. Regardless of which immigration form I need to generate, I know that the same information will populate each one. There is no need to retype the same facts over and over again into different forms for the same client. I also know that I'm using the most recent form that USCIS requires. I also use the To-Do list feature and have imported some of my own forms and checklists. Overall, I am very satisfied. The price is right for me as I continue to build my practice. I feel like I have all of the advantages that the big firms have because I purchased Docketwise. I know that I'm not missing anything. It helps me practice smarter, more efficiently and with confidence.

Vorteile: I liked how straightforward and streamlined the software is. It is easy for my clients to navigate once I send them the link to complete an intake form. And, as an added bonus, it is easy for me to use too. The set-up time is minimal and the instructions are in plain English that "mature" lawyers like me can understand. And, when I can't figure out something, I am completely confident that someone from tech support will call me back right away and answer my questions respectfully and explain everything in easy-to-understand terms. This program is amazing! It's a great value for how well it works and how much support Docketwise offers to users.

Nachteile: I honestly can't think of anything that is limiting or difficult about the software. The few issues I had were only related to my learning curve. But again, I sent an email off and scheduled a training session. They explained everything and were quite patient with me and my questions.

Kommentare: Although my previous review listed several issues with the forms, the only issue that I still have with the platform is the autosave feature and no undo button. Other than this, I think that the program is overall effective and really helps differentiate my practice with other firms. When clients use Docketwise to enter in their information, it allows our office to use our time for more important things.

Vorteile: 1. You can send the questionnaire over to the client. The client only has to answer the question once and the information goes across to the other forms. 2. The client makes an account and they can edit the immigration forms. Most of my clients really like this feature and it makes my business more efficient. 3. The platform has changed since I started using it about a year ago. They have more options now. 4. What I like most is the fact that I no longer have to worry about using the current edition date of the various USCIS forms. Docketwise updates the documents regularly and the information that was inputted into the old form is moved over to the new form. 5. There is a direct contact person so if you have issues you can contact them.

Nachteile: 1. There seems to be occasional bugs. Sometimes when you send the issue over to the developers they can't replicate the issue.

Kommentare: I had been looking for a reasonably priced method of getting information from my clients. Docketwise came to the rescue and provided the software to do that. It is a real time saver and a great asset to my practice.

Vorteile: The Software is highly intuitive. It asks for the right information that is needed to completed the forms. My clients are pleased with this method of getting information to me and I am very satisfied with the product that the software produces when the client provides the information. It produces quality applications and petitions.

Nachteile: More user support for the software would be helpful.

Vorteile: This software has helped me to save time and streamline my practice. By sending out the questionnaires to clients, we are able to avoid filling out the forms in person and waiting for clients to try to recall information. They are able to fill it out ahead of time and the software auto-populates the forms, saving time and avoiding errors. I like that the information integrates with Clio and saves us time entering information. The website is user friendly and the customer service is fantastic.

Nachteile: Spanish is not available for all of the forms, though there is a work around with customizable questionnaires for clients, and the data synching could be a bit smoother.