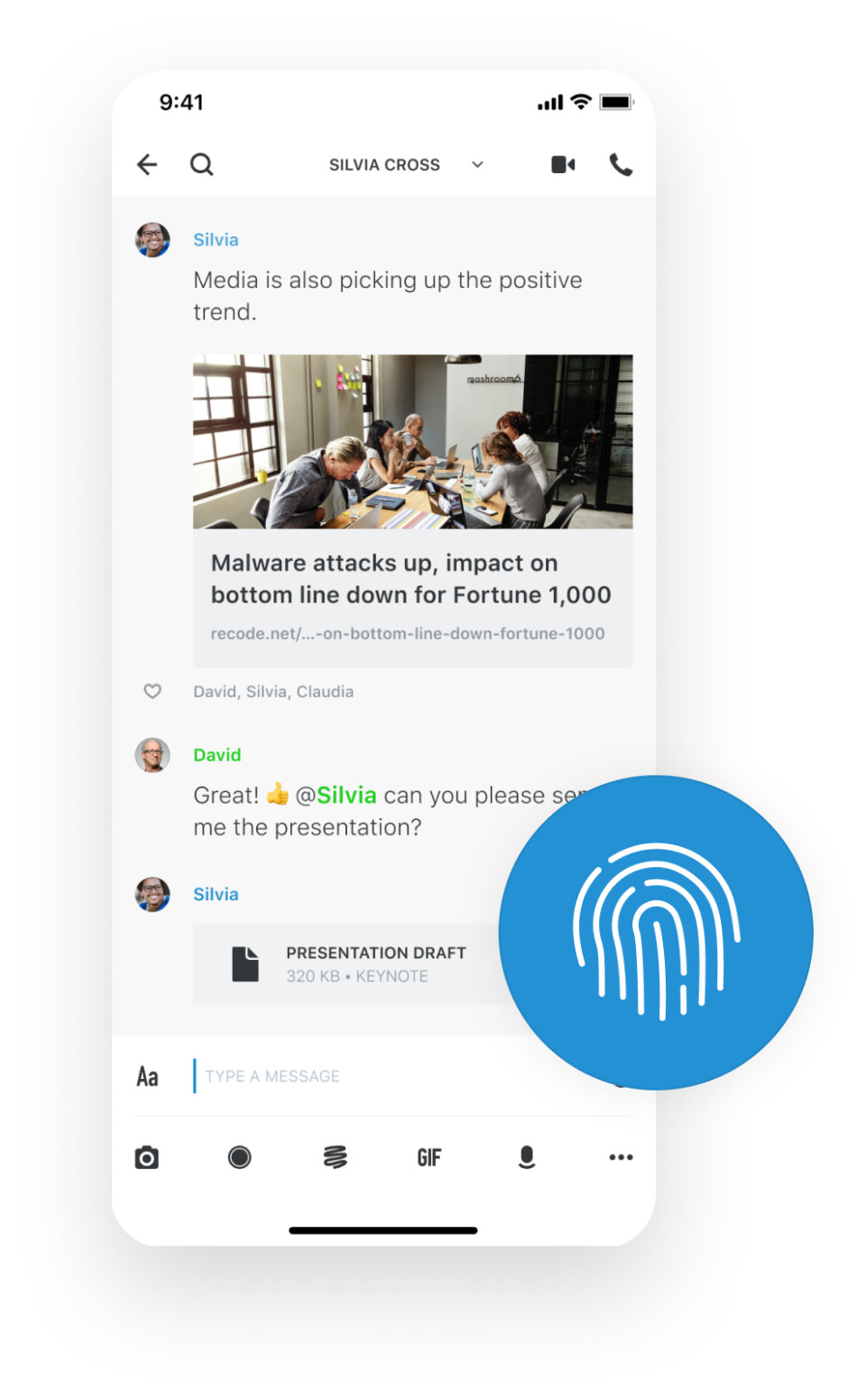 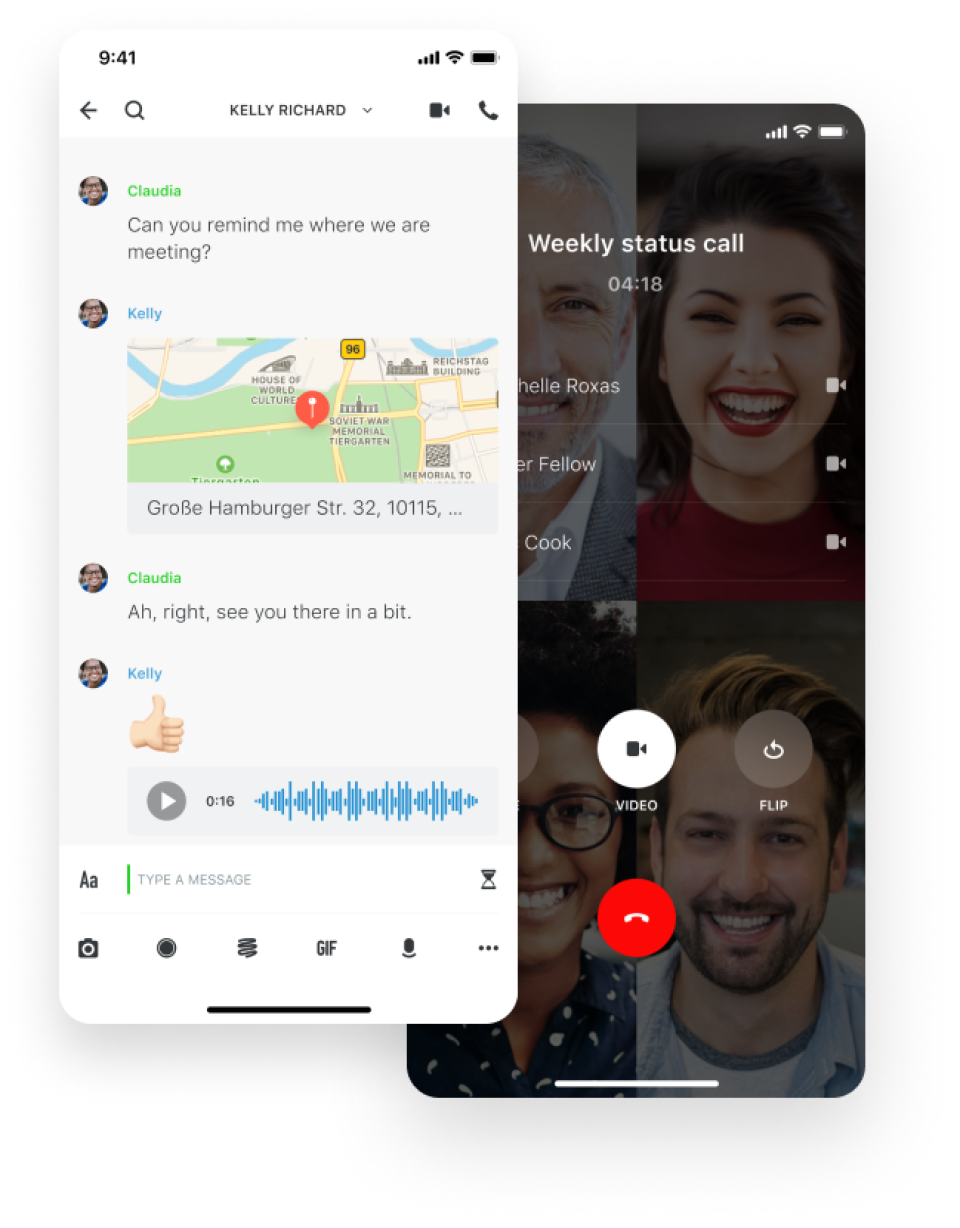 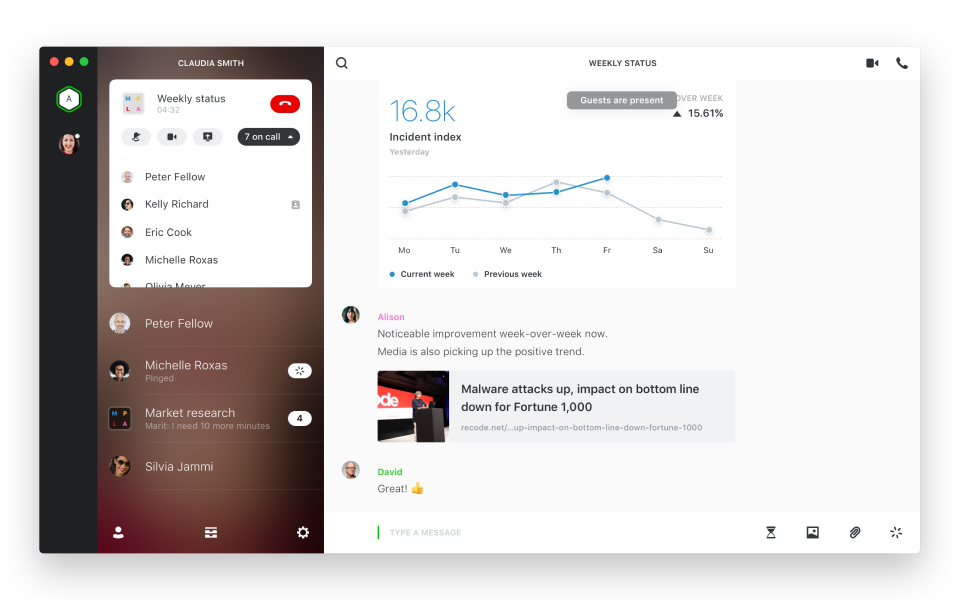 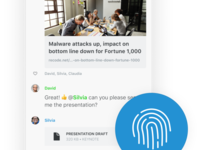 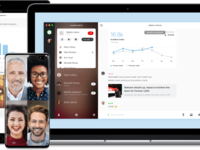 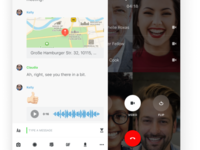 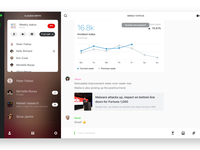 "Wire use in clinical research"

Vorteile: I'm the Principal Investigator of an NIH funded research study using Wire to deliver group therapy via text and video-calls to people with a serious mental illness. So far, participants and staff have greatly enjoyed the interface, its innovative features, and the user experience in general. In particular, the group video-conferencing feature allows for smooth and high-quality group calls from mobile devices. In summary, the software has exceeded our expectations in terms of reliability and functionality.

Nachteile: If I were to pick one area that could be improved, it would probably be the option to easily download and securely archive existing text-based group conversations, which isn't currently available. However, it is my understanding that Wire has plans to develop this feature moving forward.

Kommentare: Great value if you only want a secure chat software this is the most robust option. But look elsewhere if you need something that has a lot of 3rd party integration or bots to help with productivity.

Vorteile: As a chat app very simple to use and setup. UI is basically chat but nothing else. Self-destroy message makes sharing sensitive info easy. Secure voice calls and video calls quality are surprisingly high. Pricing is very competitive compare to other US rivals. Europe-based company.

"easy, safe, up to my expectations"

Kommentare: It is the tool we needed to support the re-opening of a school with the medical-civil security team. This plus an online pad we shered and work on together in the same time.
I use a private free address with my daughter and try to rally them to wire in order to quite wats'crap, facebeurk and those climate warming / data gathering / manipulating software.
I started using Signal some years back and heard of Wire a bit more than two years ago from someone who was ambassador for a south American country.

Vorteile: conference mode
safety and confidentiality
technical support
fluidity of the conversation, we can hear different collaborators speaking in the same time but without having the feeling of saturation.
easy management of screen-sharing and easy way to send a document or a link

Nachteile: I was unable to figure out how much it will cost me to use Wire, once I finish the trial period.

Kommentare: It was pretty great for the first couple years.
Despite the "you have to wait 15 minutes for messages to decrypt" slowness in the browser, and the occasional UI bug, the platform fundamentally did what the security community was looking for. Now, however, wire doesn't seem to care about the security community that helped it get popular. we feel like we've been abandoned by leadership. I personally invested years of my life in helping wire become the defacto secure comms program that I could count on for my friends, family and customers - and now i feel like i've made a terrible mistake, because just as its becoming critical to have secured communications, wire has kicked me to the curb, and with me, my entire community and all of my customers.

Vorteile: It actually does e2e, and its mostly useable on multiple platforms.

Nachteile: oh where to begin.
I worked with [SENSITIVE CONTENT HIDDEN] and a few other folks for the last four years to do things like "bring the mr. robot television show in as an avertising medium", reported easily dozens of bugs, lodged dozens of feature requests and onboarded easily a few hundred users. wire decided that it wouldn't accept support requests or feature requests from non-paying customers, so I attempted to create a paid account in order to contact support, and even after creating a paid account I was ignored by wire. something changed internally at the company and it wasn't for the better.

Kommentare: For now, it is a great app as it is highly recommended by a not for profit organisation that cares for personal privacy and security.

Vorteile: Security and Privacy and ease of use. Also, the options to sign up either by phone number or an email.