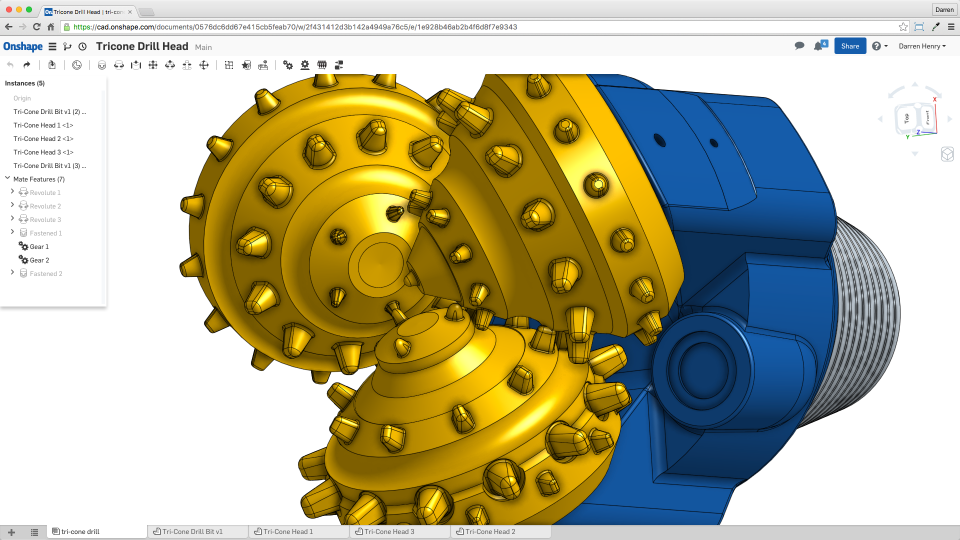 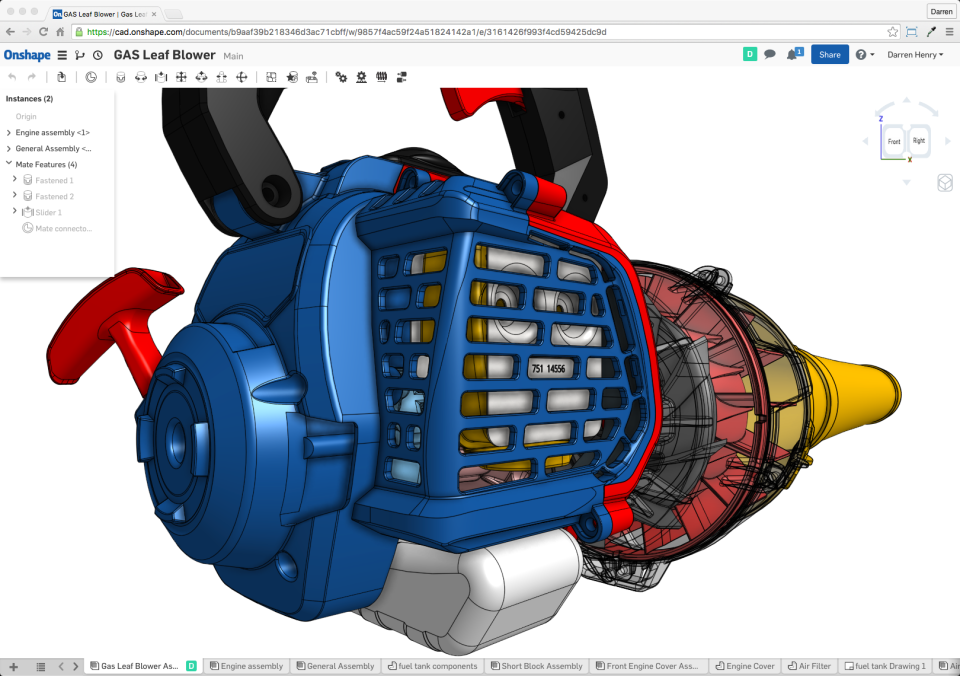 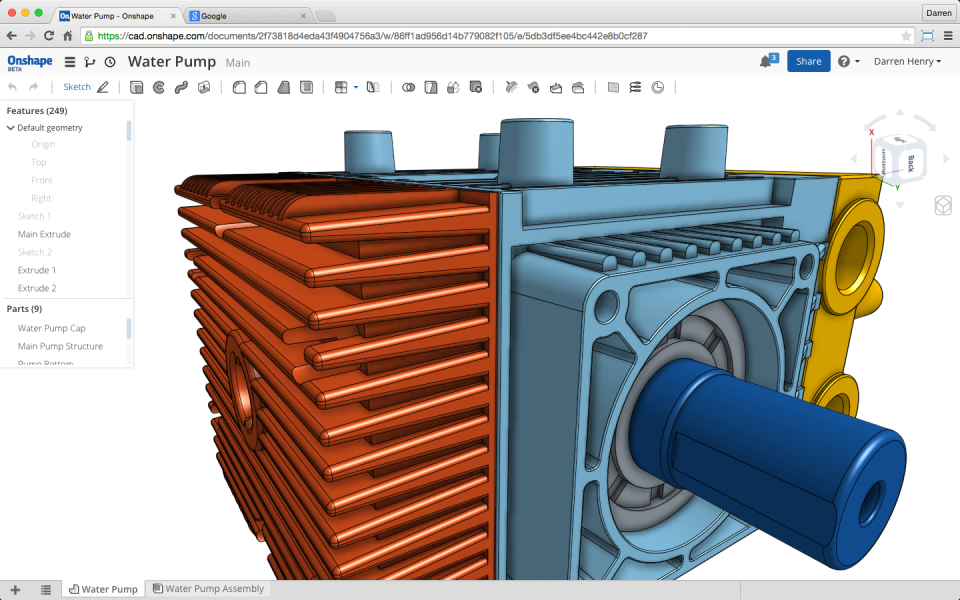 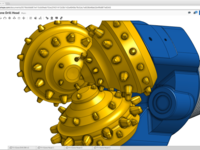 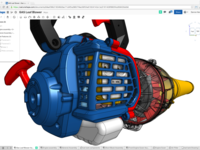 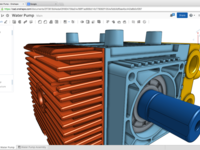 Kommentare: Overall, using OnShape has been a walk in the park. The user experience of it was fluid, even on a 6 year old Macbook Pro on base specs, not something I could say about Solidworks or AutoCAD. It is fully featured and not having to worry about files, using the built-in cloud integration is great. I would not hesitate to recommend OnShape to anyone interested in picking up CAD or even small CAD shops.

Vorteile: Coming into the 3D printing world as a student hobbyist, OnShape was a wonderful introduction to 3D CAD and modeling concepts. It was easy and intuitive to pick up (without an engineering degree), and their instructions videos detailed all the primary features you will need. I am by no means a CAD or engineering professional, so I speak to this software from purely a hobbyist and 3D printing nerd standpoint. It was easy for me to pick up and learn, and the fact that the software operated on a browser (I use Safari) was amazing. The cloud integration was solid and robust, albeit only allowing public models and documents on free accounts. I was able to log into any workstation near me and be able to pull up a model and work on it. The decoupling of compute and processing power from the base hardware was also refreshing when it came to unknown pieces of hardware. In my makerspace, I primarily operated on not-so-amazing machines compared to my home workstation, so the ability to be portable and rely on cloud processing was nice. There wasn't really anything I wanted to do from a basic parametric 3D CAD software that I couldn't do on OnShape. From the few years, I've been using it, they are also constantly improving the features available and also refining the user interface. Admittedly, the versioning system which comprised of different branches was a little unexpected in ​CAD software​ but is very paralleled to code-versioning software like Git.

Nachteile: The hardest part about the software was being able to find other people who used it to teach you about it. Being rather new to the CAD scene, OnShape does have as widespread ​adoption as SolidWorks or AutoCAD, so being able to find others who used it was challenging. Ultimately though, with the decent amount of support documentation detailing the features and some very helpful forum posts, the lack of user experiences could be overlooked. The interface and usage is also quite different from the traditional CAD's was also a bit of a challenge, if you eventually find yourself migrating or using one from time to time. The lack of private projects with free accounts is also a bummer, but not a major issue by any means.

Kommentare: We use Onshape daily to design research equipment ranging from simple supports to complex machinery. It's robust collaborative system allows us to keep everyone on the same page, across teams that are in different time zones, and even occasionally different continents! The cloud based nature means we don't have to worry about someone being behind on updates, everyone sees the same exact thing every time.

Vorteile: Onshape has a relatively short learning curve, anyone with basic CAD familiarity can be off and running in minutes. Despite this, it has a very robust feature set, and interoperability with all of the industry standards.

Nachteile: Lack of organic CAM features. We like to use the same tool end-to-end, and most Onshape CAM requires us to step to a parallel toolset.

Kommentare: Overall, Onshape is great! It helps me efficiently create and design projects in CAD and I have had a very good time using this software. The cons are evened out by the countless pros, and I would probably recommend this software to anyone seeking a higher level of CAD, but not so much so like industrial CAD softwares.

Vorteile: I really liked Onshape because of how many features it had to design, create, and manipulate something in CAD. The software is very similar to Solidworks and does a lot of what Solidworks can do for free! It offers a lot of lessons for rookies and is generally a great platform for people who are transitioning from a simple CAD software like Tinkercad, to something more complicated. For me, I have used Onshape to quickly and efficiently produce 3d parts for various different projects and everything turned out really well. Also, everything made on Onshape can be saved and uploaded to other CAD softwares, this creates flexibility and allows me to make changes on my designs on many different platforms.

Nachteile: Even though Onshape is great at doing the simple stuff, it lacks a lot of what industrial CAD Softwares provide. On Onshape, I can create something very easily, but, unlike other CAD softwares, I cannot test what I have made in systems like changes in thermal conditions and applying forces to my designs. These tools are very common in other industrial CAD softwares and I was very disappointed that Onshape did not provide these services.

Vorteile: I have been using Onshape for a while and for one of my Senior Graduate class project, I sued Onshape to help new CAD students get some experience as well. It is definitely a very popular online CAD program among many Mechanical Engineering students. It definitely cannot beat Solidworks in terms of ease of use but I would recommend it for following reasons
- Its FREE to use
Why not get your feet wet into the CAD design world with a tool that is free to use. One can easil get the basics of CAD modeling through this software.
- Online Cloud based software
We all know anything that is online and cloud based means it can be accessed anywhere if you have access to internet. No need to install huge GB of software on your machine instead just get a high speed internet and get on with the modeling.
And yes, it doesn't care if you have a Windows are a Mac so that's a plus.
- Features
Sketch, Extrude, Hole, Mirror, Chafing anything you need to do for CAD, Onshape has it. It is fast and assembly and mating process is intuitive and works really well. For something that is free, cloud based, online and easily accessible this is one of the best CAD programs I have used and I would recommend it to anyone. Onshape has tons of documentation so learning is fun. For a beginner in CAD Onshape is the way to go.

Nachteile: This software has some cons which is not a dealbreaker bit definitely something to keep an eye out for,
- Crashes
During my project and online use it did crash on me multiple times. Refreshing the page helped but sometimes I did have to start a new project.
- Almost as good as Solidworks but not quite
If i were to compare it I would say it is 70% as good as solidworks
- Has it's own terminologies
Onshape has it's own features and terminologies which one has to be accustomed to. Onshape does provide online lot of documents and vocabularies so if you have time to spend reading that, it is not that bad.

Kommentare: No real benefits yet, but hopeful.

Vorteile: Support is responsive, pricing is fine, love the 'pay by the use' subscription format for advanced features seldom used like FEA. Will be a great all around CAD platform for small flexible companies like ours when its fully featured. I'm very interested in seeing what CAD designed without 20 years of baggage will look like when OnShape is mature. For the amateur, hobbyist, and students; Onshape should be the first system they learn on. Back in the day I used to steer these people to Alibre when asked for a 3D CAD recommendation because they likely couldn't justify the high entry price of SolidWorks and its maintenance. My hope is that Onshape gets this market and most of the small businesses like ours. I do recommend that Onshape come up with a lower tier plan between free and the current paid plan that allows really small organizations to grow in their financial commitment over time. Something token priced per user limited to forum support and limited cloud memory for a longer term test drive. This could accelerate Onshapes replacement of SW because small commercial users can start experimenting without the public files. Picture rouge Engineers in a company already paying for SW that might want to show something to management and shouldn't have to pay per month personally to keep a small amount of company files private!

Nachteile: OnShape is not quite ready for us to use on our bigger projects. Like watching the Matrix movies I'm dying to figure out how they keep 'branches' and the current 'versioning' paradigms and also allow part and assembly configurations that should not require an exact linear history. I really hope they do better than the Matrix movies in closing the loop. If they were more open about when we could expect 'configurations' to be ready, my team might be able to jump to bigger projects sooner. But modeling without 'configurations' is really hard for those of us who grew up on SW. It is the king of all built in work-arounds in my design methodology and the longer I try doing things in Onshape the more I realize configurations are a key requirement of mine. They also need to get conical and cylindrical sheet metal as this is sending me back to SolidWorks on some simple jobs I should have gotten done in Onshape, even without configurations. I have less Pros than Cons to talk about at the moment, but my true feelings are demonstrated by the fact that I'm still investing my time in using the software as much as I can, I'm hoping that this can be our primary CAD system in the next 6 to 24 months. SW didn't have that much to offer by 1998 so OnShape is likely comparable in its advancement along this path.