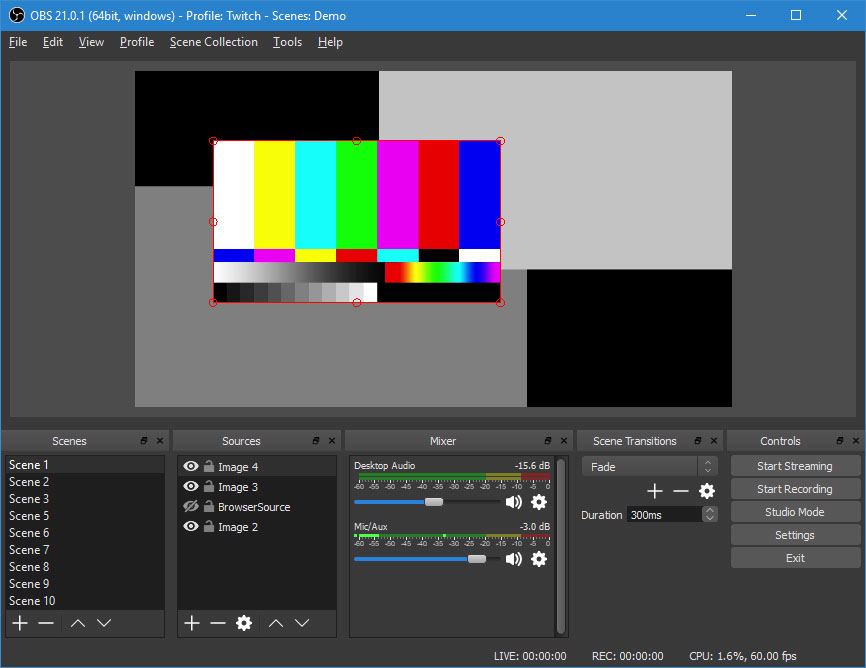 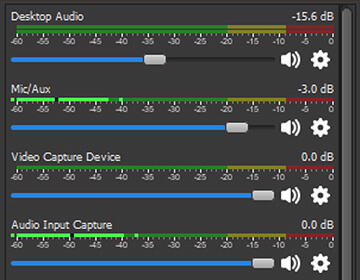 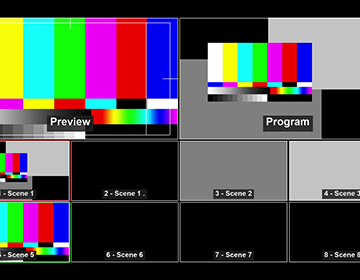 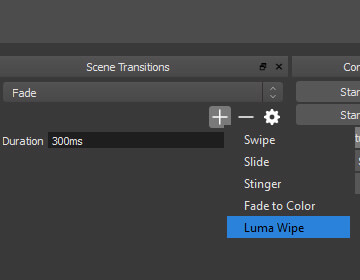 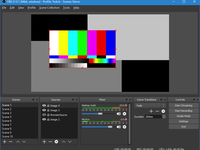 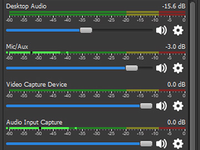 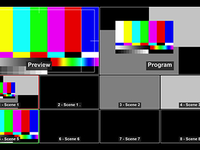 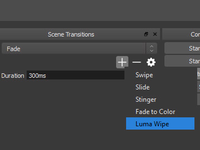 The best tool for recording your screen

Kommentare: I use OBS almost on a daily basis for work, and even more often for personal purposes. At first I had some trouble setting it up, but after a few minutes it's really straightforward. I can now record my entire screen in its original resolutions, with no watermarks, completely for free. Honestly

Vorteile: The product is completely free, with no limitations. You can immediately start recording from multiple sources at once, with a fairly nice amount of customization in terms of the options you have. File formats, encoding, streaming, and so on. You can also create your own shortcuts to start streaming/recording. More functionalities are also available for users who need more control.

Nachteile: Shortcut seem not to always work on the first hit, and some users might find it difficult to use the more advanced functions. Sometimes records a blank screen when trying to record over videogames or other programs running in borderless fullscreen.

An argument for open source software

Kommentare: OBS is the best option for streaming I have used. Any time a website uses its own propriatary streaming software, or an integrated browser extension, I seek out a way to use my favorite settings on obs. Although it is not perfect, most of the issues I've had do have workarounds, mostly on the OBS forums.
Overall, I would enjoy easier integration of twitch alerts, and custom animations, but it is still my platform of choice.

Vorteile: OBS has the widest support for plugins, features and formats to source into a single scene. Coupled with it's grouping feature, it is simple to create scenes that are professional, and high quality. It is also compatible with most any streaming platform, with customizable features, and profile management making the jump between platforms straightforward and easy. Not to mention the integration with the elgato stream deck is amazing, and has allowed me to use OBS in ways it was not originally intended (cue'd premade video assets for a live show)

Nachteile: Sometimes the software has issues, many of which are resolved by restarting the software, but in particular, no matter how hard I try, I can't seem to fully eliminate the CPU overload error. I was having problems with it until a recent re configuring of my desktop PC, but during the issue, I had to rely almost completely on console games captured through the elgato capture card, rather than force modern games to share cpu/gpu with OBS. As mentioned, this has since been mostly resolved, but optimising the program/changing the settings as per the recommended fixes was not as effective as simply altering the host computer.
On occasion, a scene I have recently built will become inaccessible and crash obs, leaving me to recreate it under a new name.

Best streaming software on the market

Kommentare: At the time I switched over to OBS, I was using the now defunct "Adobe Flash Media Live Encoder" (a mouthful). OBS was a massive improvement over existing streaming applications for a multitude of reasons. FMLE was showing it's age (and lack of support). XSplit was a heavyweight when it came to hardware requirements. And other software on the market was obscure and occupied the same space as XSplit.. only XSplit did it better. And then came OBS. Free, lightweight, open source. It was fantastic. I've never used another streaming app since.

Vorteile: Well for one, obviously the price tag- can't go wrong with free. But not only is it free, it's lightweight and simple. I've taught many people how to stream using OBS.

Nachteile: The interface can be a bit of a pain to use. It's a little too simple in my opinion. Some more functionality baked into the main UI could go a long way. This is mostly solved with the "Streamlabs OBS" version, which is built on top of OBS. Honestly it's been a while since I had to use the profile functionality, but admittedly it was a bit lacking when I did have to use it.

Kommentare: Overall, I have found this program to be dependable. It runs every week, and I have not had to troubleshoot anything in the program in over a YEAR. That alone is commendable for a program that I run on a weekly basis. I run apple products that need more hands-on management than this program. The interface is not as sleek, but it gets the job done. Give me a little more control over audio and video syncing, and some transition effects, and I would be slamming the #5 stars across the board.

Vorteile: IT IS FREE. May all of my complains and frustrations with this software be safely tucked under the umbrella of a customer who is pleased at the end of the day with a product that is reliable and costs him nothing. That is a miracle and I believe that it is getting easier and easier to use. I love the fact that once I have everything set up in the back end of the program, I can get going with one click. I use this program to record and live-stream our Sunday morning services at Church. On the off-chance that the wifi goes down or something, the ability to continue recording to an external drive has saved us on more than one occasion. It handles the basics such as screen sharing, adding logos, and even some basic audio input options very well. Overall, I am extremely pleased and it made the ability to live-stream in a church of 200 people affordable and attainable.

Nachteile: Set-up was a long process of educating myself with very little reward and no long-term application for the knowledge that I gained. There seems to be certain settings that you need to select for different types of streaming. Having to wade through numerous youtube videos in order to find what I needed specifically, was not fun. I would love for this software to develop presets for different purposes. Most all gamers tend to used the same presets with some variation depending on their individual internet speeds. Why not have a preset for gamers and another preset for bloggers, or live-streamers? I don't think it would take much and with a few basic questions, the program could do a lot of the heavy lifting that makes the back end of OBS a pain to work with.
Additionally the interface, while more intuitive than most open-source programs, does leave something to be desired. I often have to click through all of the setting options in order to find specific settings that need adjustment. Also, I have been running into issues with syncing external audio with the video during live streaming. The video buffer seems to be inconsistent, so the audio and video will start out synced and randomly get out of wack.

"Okay'' For what it Does

Kommentare: Overall, despite my recent comments, I DO recommend this to other Streamers or content creators. And I know many others that do, too. The program really has enough of a following and dedicated creators that want to keep working with and through problems. The Discord Chat provided and the aid of other content creators has me coming back, working constantly WITH OBS despite its flaws, and looking forward to further improvement. Keep it up! You are doing alright, Team!

Vorteile: I actually enjoy using this program! Sometimes it can get buggy after an update or freezes up when about to use it. But the customer service availability is good, so I feel pretty well supported and put in the right direction if I need help or advice. I use this to Stream on a regular basis for charity, and it's gotten the job done. Sometimes not perfectly, but usually rather tolerable.

Nachteile: Updates can set stream time back at time and it can be tricky to backtrack. So, the unpredictability in that regard can be frustrating.