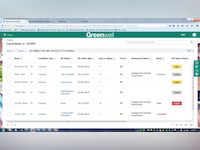 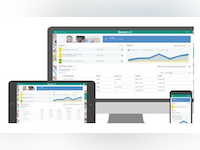 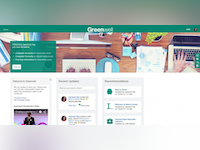 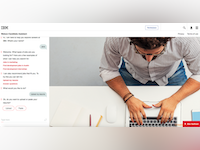 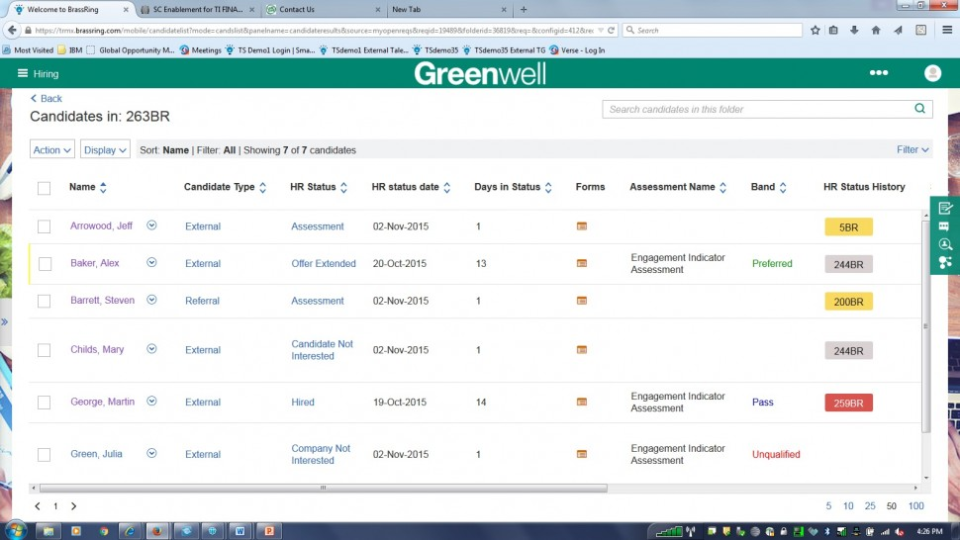 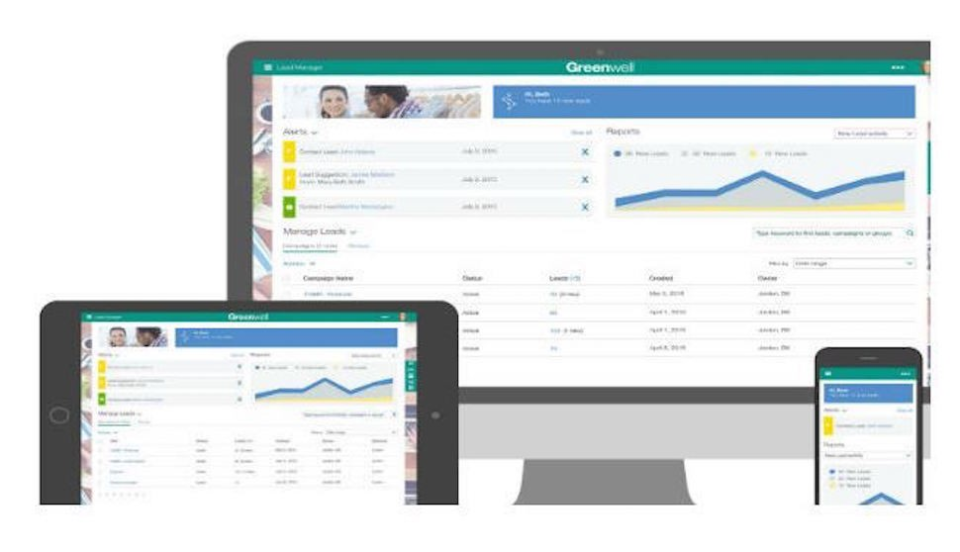 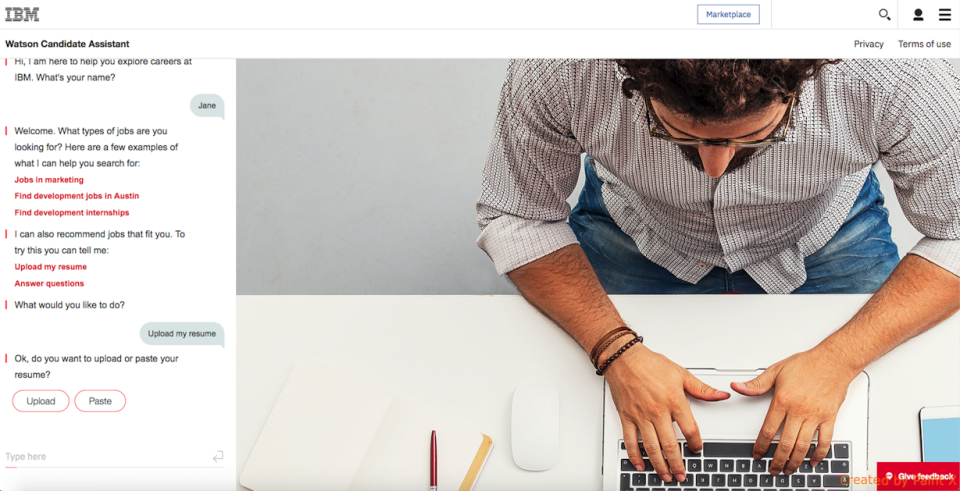 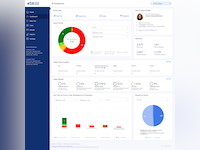 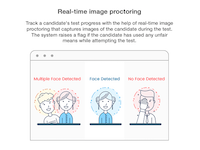 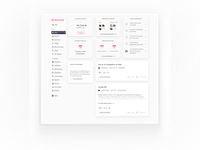 (101)
Easy to use, scalable, and comprehensive HR software for businesses of all sizes. Pay only for the modules you use.
Produktdetails Vergleich anzeigen

Kommentare: This is a great tool now that we have it implemented. The transitional period was seamless. And now that we are up and running the new HR System is amazing compared to our old home grown system.

Can be overwhelming with multiple windows / pop ups for each click.

Kommentare: This is a great took for evaluating candiadtes, especially their tech skills. They help us to identify the good candidates that we want to focus on.

We mostly use the Kenexa Prove-it feature for employee onboarding and testing. The tests are very easy to understand and straightforward. The test results are also easy to comprehend for the recruiter and hiring manager.

Although the test results are very easy to read, I wish the results could be broken down into more categories. The answers are ranked by easy, intermediate, and hard which is very basic.

Kommentare: Simply put, this LMS is outdated and far from user-friendly. I say this when I compare to the competing products as well as my own experiences being the administrator for our company. It took IBM over 2 weeks to even believe me when I was having an issue. It took another month for them to actually get it resolved, even though it was an escalated issue affecting out production environment. As a customer, I can't believe that it took them that long. I struggle to find much that is good about this LMS. It's restrictive and costs an exorbitant amount of money for the limited functionality that it provides. I believe this product could be something much more than it is. But, I don't think IBM sees it that way. I've looked at the changes from over the past year or two and... I'm very disappointed. They try and make a big deal out of the upgrades to new versions but... little changes are actually made. I feel like IBM is simply milking this for what they can. IBM either needs to step up their game and do a big re-vamp of this product or drop it. Either way, though, I'm confident that they only have customers at this point because they are stuck in the contracts.

They do offer, albeit limited, access to a REST API. You can customize some of the UI elements (looks and placement), though little documentation exists. That's about it...

Cost, in every facet. Difficult and Limited Reporting Slow turn response time from Support Limited SCORM Support (Supports up to 2004 3rd Edition, no xAPI support) Difficult to manage organizations and users (particularly in bulk) The interface out of the box looks like it's from the 90's (again, it's 2017) Did I mention the cost? Limited support for Online Training Tools (GoToTraining, Zoom, etc)

Kommentare: Our organization first implemented the Kenexa product in 2011, starting with BrassRing and later adding Onboard and most recently Assess. As we are a large, global organization that spans multiple industries, we used a phased rollout approach, beginning in the US and gradually expanding across EMEA, LATAM, and APAC. As compared with our prior applicant tracking systems, Kenexa offers a much higher degree of configurability, enabling us to have a truly global enterprise solution for the first time. The relatively recent development of responsive user interfaces on the candidate and recruiter side, though a little late in coming, are also a tremendous leap forward for the ease of use and adoption of the system. Kenexa has certainly benefited from being brought into the IBM organization; as an example, they are now implementing cognitive capabilities across the various modules that are new but seem promising. The standard support model, which uses their Global Support Center, is adequate, but can be a source of frustration as agents are unfamiliar with your specific organization's configuration and have difficulty recognizing and resolving issues quickly. For this reason, Kenexa clients (including us) seem to be increasingly utilizing custom support options which provide more individualized support at a higher cost.

The BrassRing tool in particular is highly configurable, which was an essential feature for us given that we have a wide range of candidate workflows (executive, professional, mass volume, internships, etc.) and have to meet compliance regulations in the 40+ countries in which we recruit talent. By having the ability to quickly make configuration changes ourselves through the Workbench tool, we have been able to respond much more quickly to changing business needs and new legislation. BrassRing also offers a high level of automation, which has saved significant administrative labor. The Onboard module allows candidates to submit post-accept data and complete pre-employment documentation electronically, and on any device. This has made this process significantly faster, both for the internal HR Operations teams and the candidate; additionally, it has helped us ensure candidates are always completing the appropriate, most up-to-date documents for their position/location/business area, which was a major challenge when this process was being completed in paper. Lastly, the relatively new 'data mapping tool' for BrassRing has given users the ability to configure basic integrations themselves; this feature has saved us significant time and money as we adopted new systems for background checks, assessments, drug testing, housing, etc. Previously, a minor change to an integration would be at least a project, and required 6 months and project labor - now we can make changes, complete testing, and have it live in production within a week.

The Kenexa team is almost constantly updating the product and implementing new features - which is certainly a positive - but the down side seems to be the instability that is a byproduct of this cycle. It is unfortunately all too common that after each monthly release, items that previously worked suddenly are broken. Larger changes are often rolled out in multiple releases over time, which force us to determine our tolerance for adopting something that is promising but largely untested and/or incomplete.

The product is very configurable and can meet the needs of any customer, large to small, domestic to international, compliance heavy to flexible. Over the years I have worked with this tool in global setting and high volume and have seen a commitment to staying on top of inductry trends and more recently, seen a renewed focus on being cutting edge and captializing on the industry expertise of IBM. They have done so while continuing the relationship focus that made Kenexa a desired partner. They are able to effectively support the compexities of our high volume environment through user access customization, robust system automation capabilities (specifically RAM), and highly customizabable forms, workflows and candidate gateways. They are very responsive to customer needs and intentional about gathering and applying feedback. They are committed to being a partner to our business, not simply a vendor. With IBM Kenexa we also benefit from a Client Success Manager who works with us post launch to help us use our system effectively, is a technical resource when we are attempting to conficure the system to solve business problems, make sure we understand improvements coming to the system, help communicate our needs to the development and engineering teams and truely behaves as a member of our team. Our CSMs have been a differentiator and add value we have not seen when using competing products.

When implementing, the vendor is a very skilled partner, but need to be more clear with clients about the skills and knowledge required of their team to have a successful launch. A team without experience with the product would likely see a poor implementation, due to the flexibility of the system it can be overcomplicated by inexperienced users. When they launch new functionality, it is often "buggy" at launch and does not seem to have been fully tested before roll out. However, generally will operate as intended shortly after launch. It is important that, as a client, you share these concerns early and in detail.