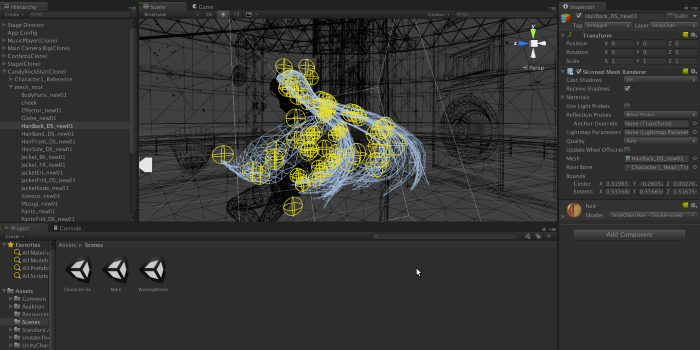 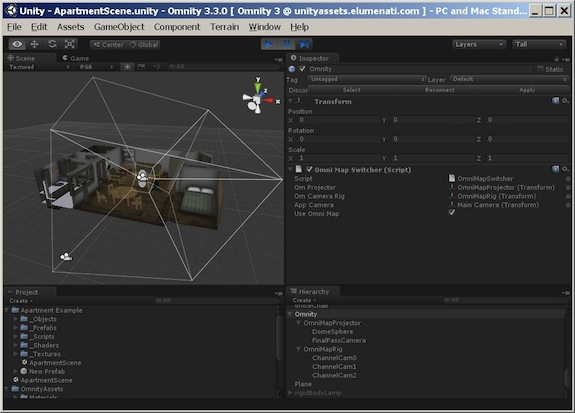 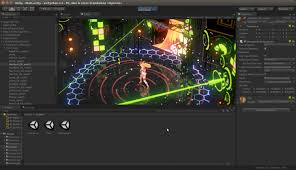 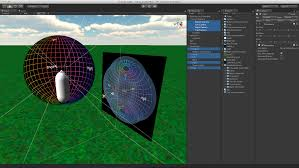 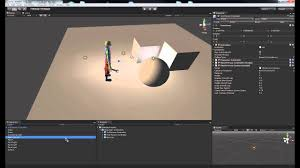 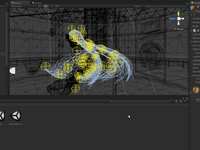 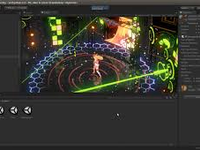 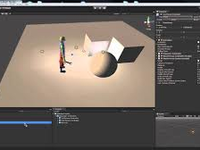 "Where the Indie game developers thrive"

Kommentare: Unity is overall a beautiful piece of software that came to do much of the heavy lifting on low-level tech stuff, allowing smaller teams to develop faster and better games in less time, opening the market to more and more people worldwide.

Vorteile: Unity is, out of the box, a beautiful piece of software. Is the kind of middleware that arrives and does the job, the missing link that most of Indie and small game development teams were looking for. Unity has made it simple and easy to develop a game for beginners and experienced users alike and the most important, allowing you to build your game to a plethora of platforms. Now a small team of developers and artists can build and publish a game in several platforms in no time. Unity does great for small and mid-sized projects, I really enjoy prototyping with Unity, even when I know I won't use it for the project itself I like to use Unity to build prototypes because it's easy and fun. The interface is really easy to use, a real playground for developers and artists alike. Their documentation is vast, well-written and constantly updated. Same with the API documentation and the tutorials that will walk you through making a game end-to-end in few hours, the community forum is also helpful when something is not working and you can't work your head around it. The Unity store has also proved useful when I didn't have the time or knowledge to develop some assets I needed for the game. Unity was also helpful in developing apps beyond games, like architectural explorations, interactive art installations, AR showrooms, etc. Overall a great engine that does much of the heavy lifting for you.

Nachteile: Sometimes I felt that the process of upgrading was quite difficult and scary, you have to install a separate instance of the program (taking a lot of space) and some of the projects can be really difficult to adapt to the new version. Some of the assets will stop working and you will find your console full of errors that weren't there before. Another issue is version control, the binaries are pain and still, I haven't found any alternative than committing blindly the scenes, for example, without being able to track what changed from commit to commit. After a few projects, I have found that the app optimization for mobiles is not that great. For example, if you don't meticulously take care of the textures and assets max resolution you can end up with an app weighing a few hundred megabytes. Could be great if the build itself included some optimization towards the assets.

Kommentare: I love it and use it daily to work on my own game. I have been with Unity for 4 years now and it's an amazing engine and getting better by the day. It's so easy a lot of people flip game/apps with how easy to use. I don't endorse that but it gives you an idea of how easy anyone can pick it up and build something.

Vorteile: Unity is one of the most easiest engines to use if you're starting with game development. Also if you previously have a C# background, it will be a breeze. The UI is simple but that can also be one it's downfalls. It's a lot inspector/tabs based but it's full-fledged. It's light and it's not as complex to work with like other engines. You can easily follow tutorials online to build games for it, and also Unity it's one of the best engines to build mobiles games if that's one of your desires. Compared to other engines like Unreal Engine, it's easy with Unity to find online support or groups of people that work with the engine and have tutorials. You can look for people on Youtube like Brackeys that can help you get started on your journey of game dev. Unity is free and has some paid tiers that offer a bit more flexibilities in some features, so look at them and take what you need.

Nachteile: I wish the paid tiers were a little cheaper and the subscription model could be month-to-month and can be canceled any time. One of the main reasons why I haven't got Unity Pro/Plus it's because my life cna be abrupt a lot of the times and I might need to cancel or pause the subscription, but they don't allow you to do that. Becuase if you're an indy dev, you have to do a lot of expenses and keep track of things. I really wish they did that. Also for full 3D games and really complex ones, Unreal engine is more powerful due to it's C++ nature.

Kommentare: I'm several years into developing games and AI in unity and I don't know what I'd do without it.

Vorteile: I love having the ability to use such a huge range of 3D development and design skills and techniques in one place and it is totally empowering in that I can model, animate and code all in one place. And the peicing structure is awesome.

Nachteile: It's a huge learning curve. And sometimes plugins will just stop working on an update. But it's worth every bit of effort it takes to manage it.

Kommentare: Regardless of the issues, Unity is a great starting point for beginners and professional studios, as well as for everyone who wants the simplicity in creating their own software. Chosen by many indie developers, Unity has provided me almost everything I needed to start creating my own game, and in less than a week from installation I had a basic system for the game ready for further development; all that with no prior experience in C# or Unity.

Vorteile: Unity handles all the files needed for creating software as well as game development. It's a powerful and customizable engine allowing to bring any creation into the world. Integration with the Asset Store allows anyone to choose from thousands of development-ready files, and provides a lot of them completely free of charge. Thanks to its tools there's no need for expensive plugins to create and export textures or 3D rigs, everything is available straight from the application.

Nachteile: In recent releases, Unity dropped the support of the pre-packaged code editor, MonoDevelop and replaced it with Visual Studio. For many users, including myself, that's a big issue, as Visual Studio's performance makes it impossible to create code on the go, when using less powerful hardware. MonoDevelop still can be accessed and integrated with Unity but the hassle with installing the crucial tool that is no longer updated may become a big turn off for many. The UI feels quite outdated for the program that is updated so often. Some things just don't work or don't make sense and it's hard to find any information regarding why.

"Easy to use, with a catch"

Kommentare: Unity works, and you can make games with it. If you are a programmer I'm sure many of my cons do not apply to you, and if you have a full development team and a budget, even fewer apply to you. For the lone developer looking to take their first steps into the industry though, it can be daunting and frustrating. Power through, however, and you'll be able to make a full game that could kick start your career.

Nachteile: -Unity has a fairly poor reputation you may have to fight through when selling a game
-Unity allows "asset flips" that both harm Unities reputation and saturate the marketplace with poor products. This harms consumer trust in Unity games, and may make your product a harder sell.
-Unity asset store isn't well regulated. You can purchase something that does not work.
-Unity has multiple built in features that are simply useless, or outdated, requiring you to search for replacement assets or create your own.