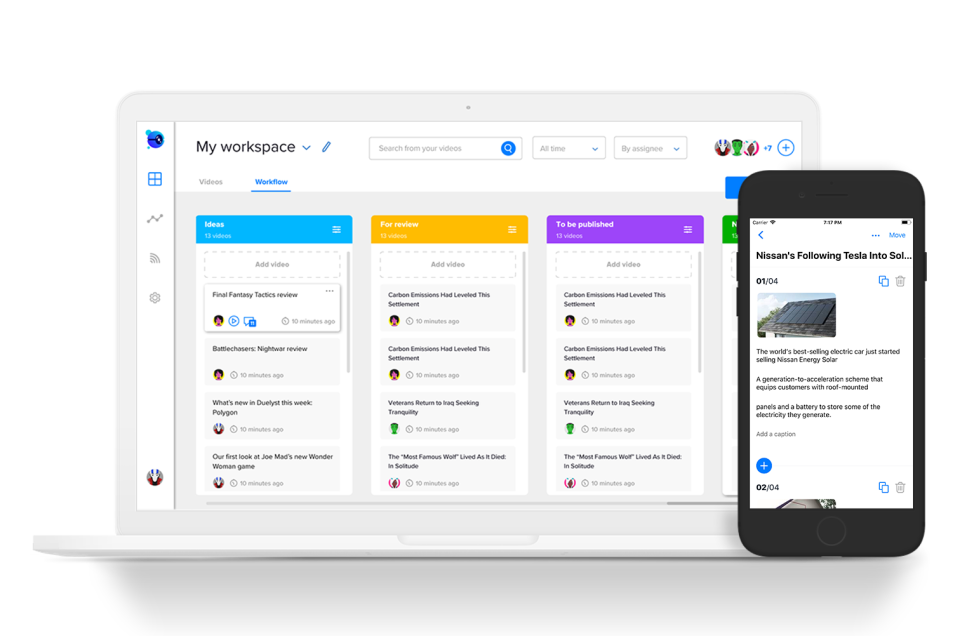 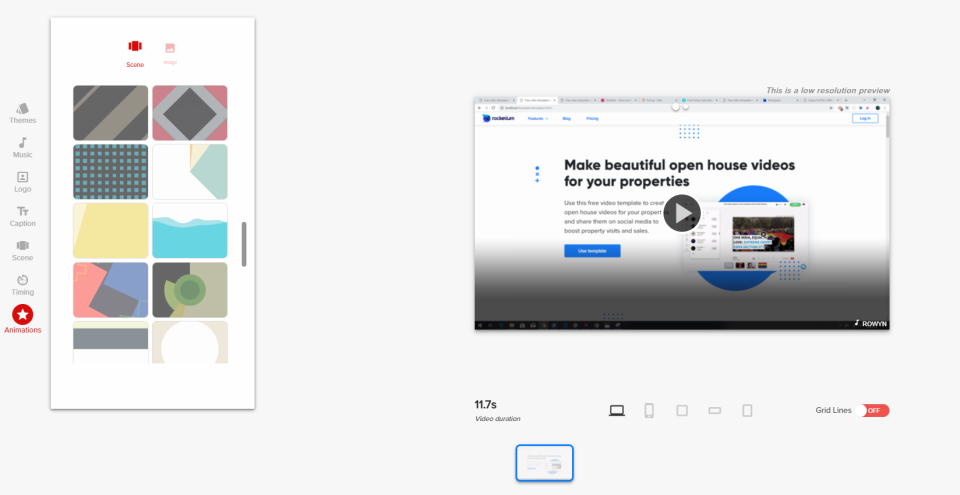 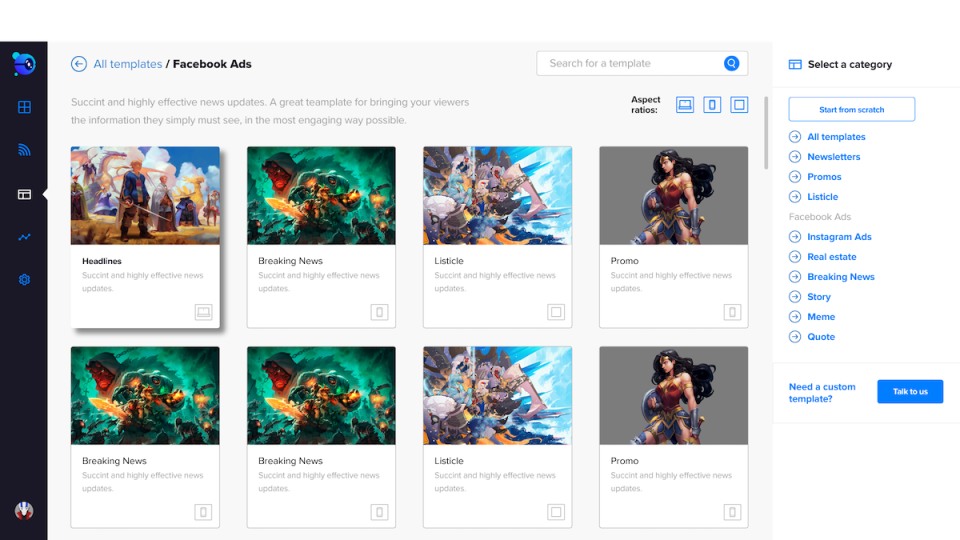 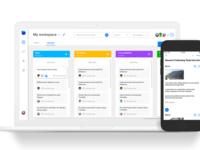 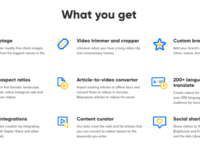 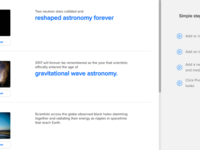 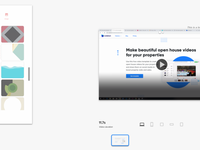 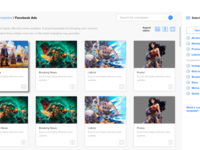 Vorteile: I use the free version, but I also tested the paid version (which, of course, gives you a lot more to play with).
The free version, although limited, is still pretty good to help you make a great looking video, if you don't mind the Rocketium logo at the end.
I like the fact that they have free photos and clips inside the app, which you can insert into your videos. Of course, you can also use your own.
It's easy to use and anybody can learn it quickly enough.

Nachteile: The Rocketium logo at the end, but that's the price of free :). You can't do a lot of things with the free option, but you can do enough.

"Getting a great response on social with Rocketium videos"

Kommentare: I'm sure you are familiar with the online graphics app called Canva, it's great for making images for social media. To me, Rocketium very much solves the same pain point but in video-format. Just as Canva enables 'anyone to become a designer' Rocketium allows anyone to become a 'video creator'. For a long time I've seen how popular 'typographic' videos are on social, since they can be viewed (and read) whether or not the user has the sound on. This really hit home when I read that VaynerMedia had a whole division dedicated to captioning videos for their big-brand clients. Of course, before I found your product, this would have been inconceivable, as there was no way to scale the video creation process effectively. So far, I've made, perhaps three video versions of our blog posts using your product and click-through rates from Facebook to our website have doubled. It's such a stream-lined 'fill-in-the-gaps' approach that it only takes me about 12 minutes to create the video. ;-D If I could change one thing I would add in the ability to reorder and sort the captions when creating the slides. Sometimes I enter them incorrectly or just want to change the order but the only way to do this (to my knowledge) is by cutting and pasting the text. I'll definitely spread the word around in my community of around six thousand software-hungry subscribers over at 1WD.tv
I love it. I'm getting a great response on social with these videos.
Congrats on a great product and I look forward to using it much more in the new year.
And thanks for being so responsive. :-)

Vorteile: The ease of use - Rocketium is organized in a similar fashion to presentation software such as Google Slides or Powerpoint.
It just makes it 10x by empowering everyone with the brain and hands of a designer.

Nachteile: Just the ability to reorder and sort the captions when creating the slides.

Hi Luke,
Thank you for your wonderful feedback. Rocketium gives everyone the power to be a video creator without any prior experience!
We are glad to hear that the CTR rate from Facebook to your website has doubled. :)
We are currently working on the captions and are looking forward to see you use Rocketium further!

Vorteile: Software was basic at best, we used it for about a month but it wasn’t what was promised.

Nachteile: When we tried to cancel, they would not let us and then after billing for another month, they refused to offer a refund. Now have to go through VISA to attempt a chargeback. The whole time I was asking for a refund they CSR kept asking me to give feedback on what features I didn’t like. It was insane.

Hi Darren!
Sorry to hear about your experience. From what I can see in the records, your charge was refunded for the next month. It does take about 5-7 days from PG's end to return the money to your account.
I hope we can get another chance to delight you with our product and service.

"Most value for money and time"

Kommentare: Hi there :))
First up, you are guys are really amazing. I don't know how you are able to do such a great support. This is really the best support that I've had since I discovered the internet. I just created the first few videos and it has been made by a journalist who has no previous experience. And it's really amazing the total cost of this video (including the editor salary) is quiet less and it will be reduced if we produce more videos per month. That's really wonderful, I've talked with many colleagues and I'm sure there are at least three other websites considering it
I don't want to be annoying about my feedback but I have another idea to consider if you want.
Some of our videos are just about social media. So we need to show a tweet or facebook status in those videos. The background can be a still image and what I'm thinking is of a form asking the editor to enter username - handle - avatar- the text - and choose whether it's twitter or facebook and the platform will put that on the screen. I know it might sound rude but I took the liberty to make this guideline of what I imagined. I just find it easier to show you a photo than describing what I mean in words. I just sent my idea with a wireframe, hope it will be ok :)) So that's my other idea :)). I'm sorry for being your most annoying customer. but I'm a little bit excited about the platform and I really think it will bring something important into Arabic journalism.

Vorteile: Saves a lot of time. Video making can be done in about 45 minutes

Nachteile: None as such.
Would be good if we can pull in data from more sources

Hello Mostafa,
Thank you so much for your kind words. We are pleased that you enjoyed your experience with Rocketium. :)

Kommentare: For list type posts, Rocketium works well. I think this is the area it shines. I just copy and paste the main points from my post and voila, the video is done.

Vorteile: Rocketium provides templates in several categories. I can choose a template and customize to my niche. Or you can start from scratch. With templates, you can create a video quickly if time is a concern.

Nachteile: I was hoping that Rocketium can create new categories for the templates. They don't really have a lot of niches. The other thing is that I can only create one type of video. If you want explainer type or animated videos, Rocketium is not for you.