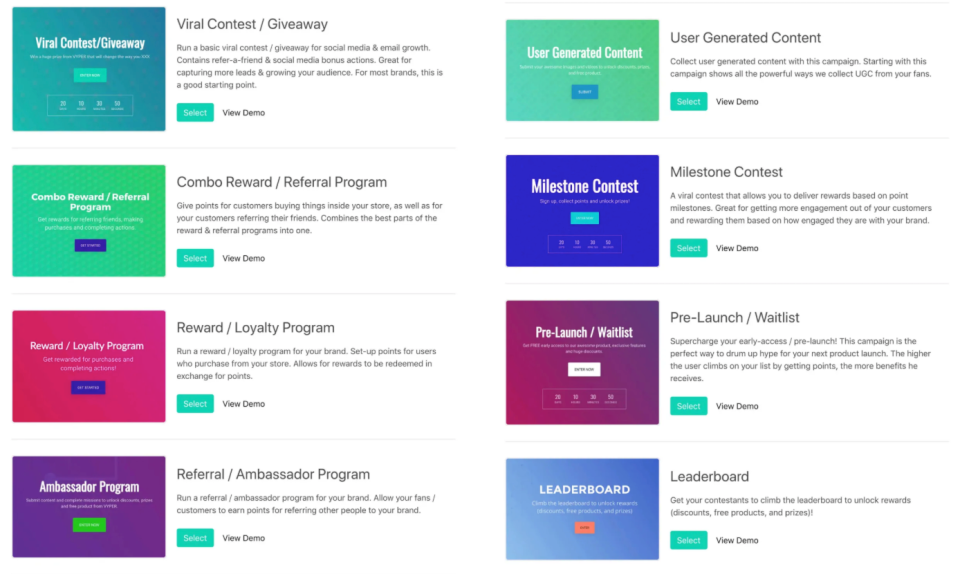 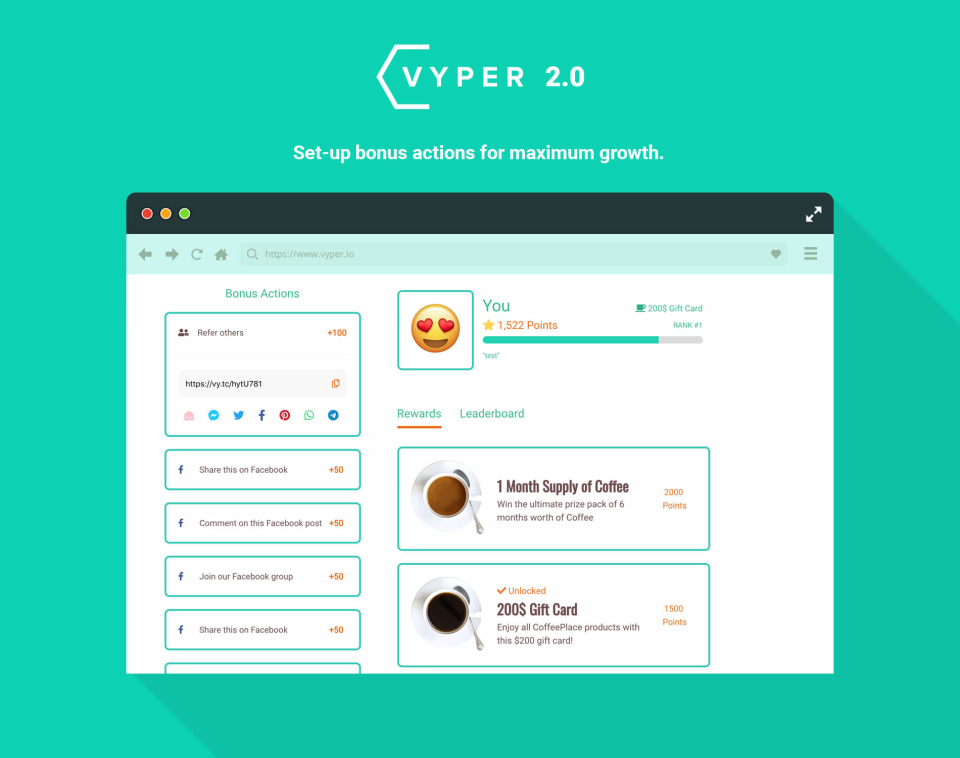 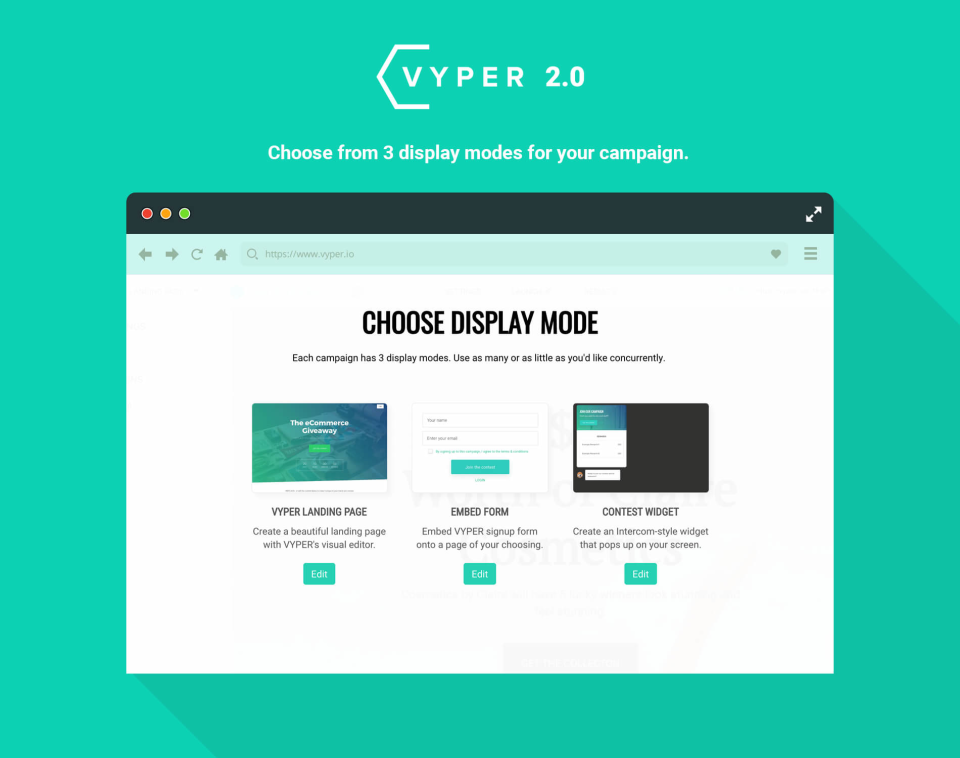 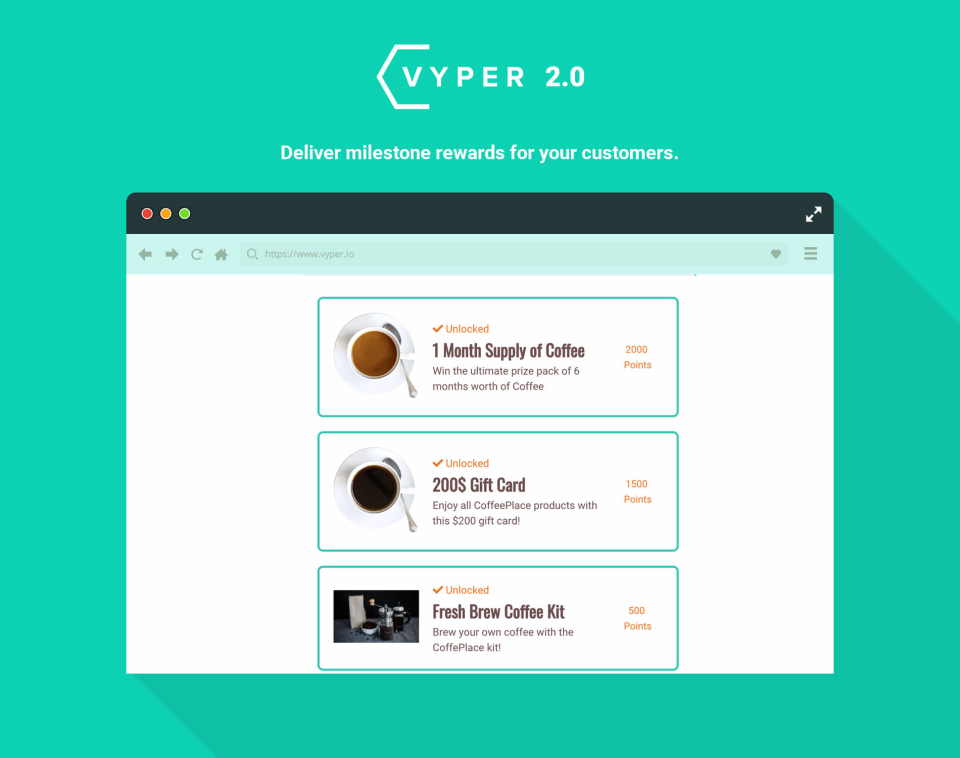 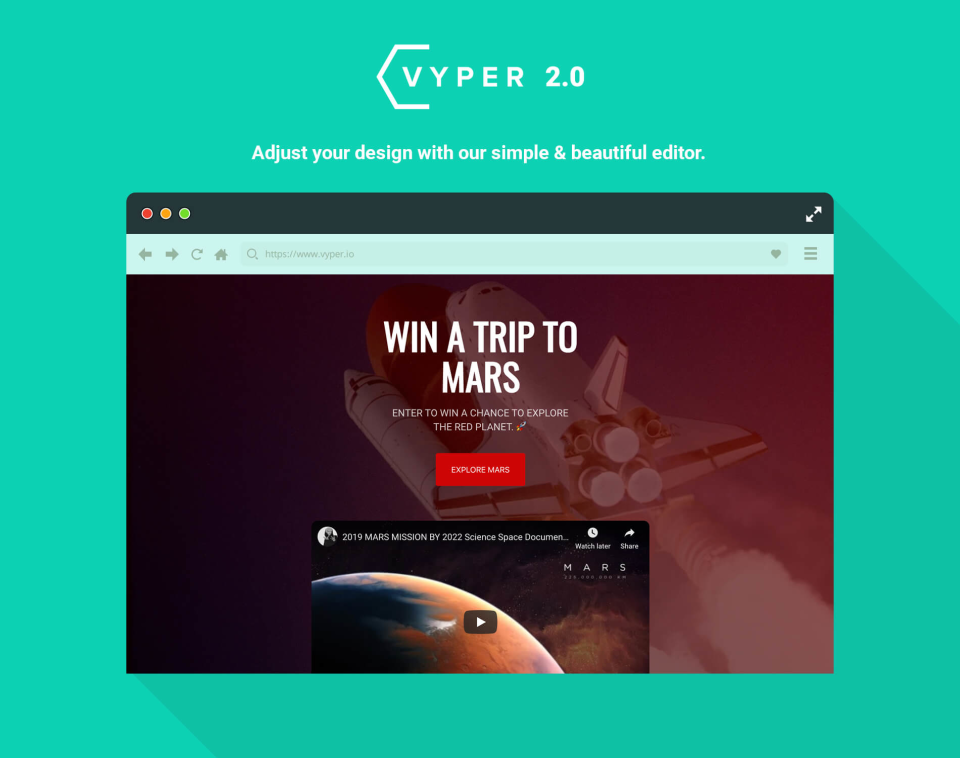 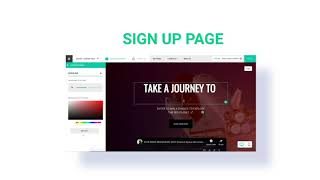 4,7 (11)
Saphyte leads in technological disruption with its most advanced and innovative features designed to help your business grow.
Produktdetails Vergleich anzeigen

Kommentare: Vyper helps us not only collect leads, but also grow our social followings in a super inexpensive way. Very high value for the cost of the tool.

I love that Vyper makes it simple to start up, maintain, and execute continuous giveaways throughout the year. I use this tool to collect leads for my eCommerce shop and it has been the most low cost solution I've found!

Designing the look and feel of giveaways could be improved

Thanks Melissa, glad you like the tool and thanks for the feedback. We can work on improving the design options. We just rolled out in-line design editor so it's a drag and drop style builder. Some testing still going on but hopefully this will help!

One of my favorite giveaway platform

Kommentare: i use vyper interactive popup daily in my website,
it works and suited for my need.

i only probem with their pricing structure, i have viraloops and kingsumo, compared to the pricing vyper is the most expensive

Thanks for the feedback, interesting about the pricing. If you compare cost per number of entries collected we are actually the cheapest. We have much higher limits on our plans as we dont want to limit people to only 5000 entrants. But maybe a small plan is a good idea, definitely something for us to think about. Thanks :)

Cool concept. It was easy to set up. Design on landing page is good. Tools seem to be well thought out for the most part.

Terrible support. Built for beginners. Lacking integrations to make it work in any context. We launched major campaign to our existing list of several thousand emails, during business hours on a week day. It has been 6 hours and website is still not functioning correctly with zero response from support other than a reply to a tweet saying that it was resolved and only lasted for 15 minutes, which was untrue. It's still ongoing with no support response despite multiple attempts to contact.

Hi Kevin, so sorry to hear that this downtime affected you, we would be more than happy to refund you of course. Unfortunately this issue was out of our hands and an issue with our hosting company, we had no control over the downtome and tried everything possible to get this back up as soon as possible! Again so sorry for this having an effect on your experience.

Vyper has helped me greatly extend my social media reach quickly and easily!

It's easy to use and has so many great features that I have extended my social media reach and email list through the powerful features that VYPER provides.

There are so many options that originally I would overuse them. Note, this isn't really a con, rather it just means you need to learn to leverage the software in the best possible way.

Thanks for the feedback, we are always trying to make our tool easier, hopefully the new contest templates will help with that.

Promote your product easy and fast

Its visual editor is very handy and flexible and also the emails , its very easy to customise emails

it should add more email providers like it has mailgun sendgrid

Thanks for the feedback Gaurav, we plan to add more integrations over time.