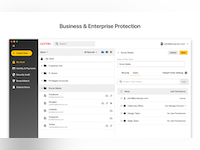 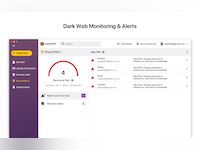 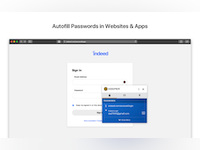 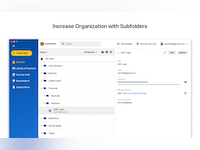 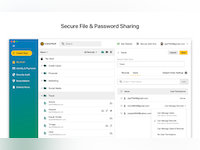 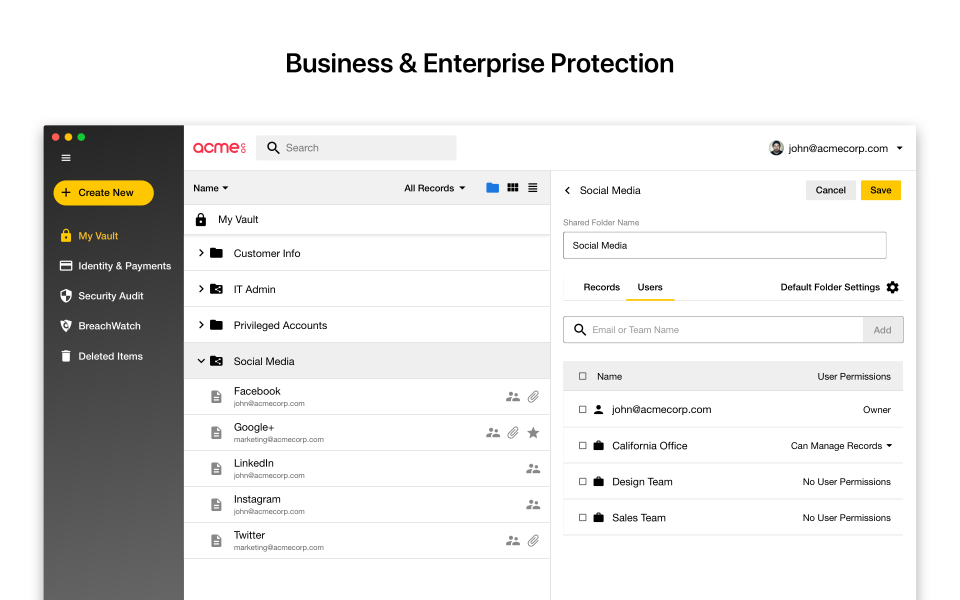 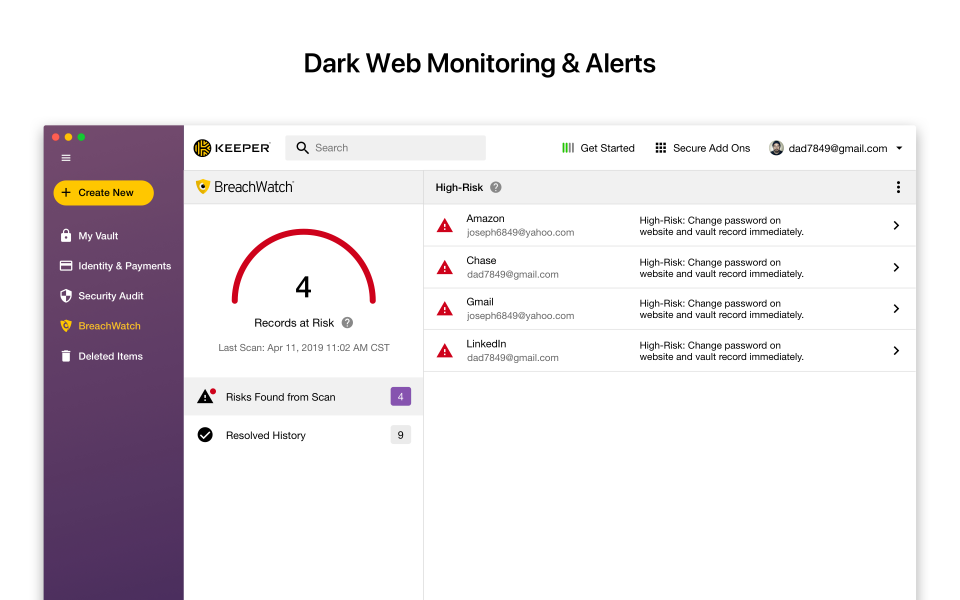 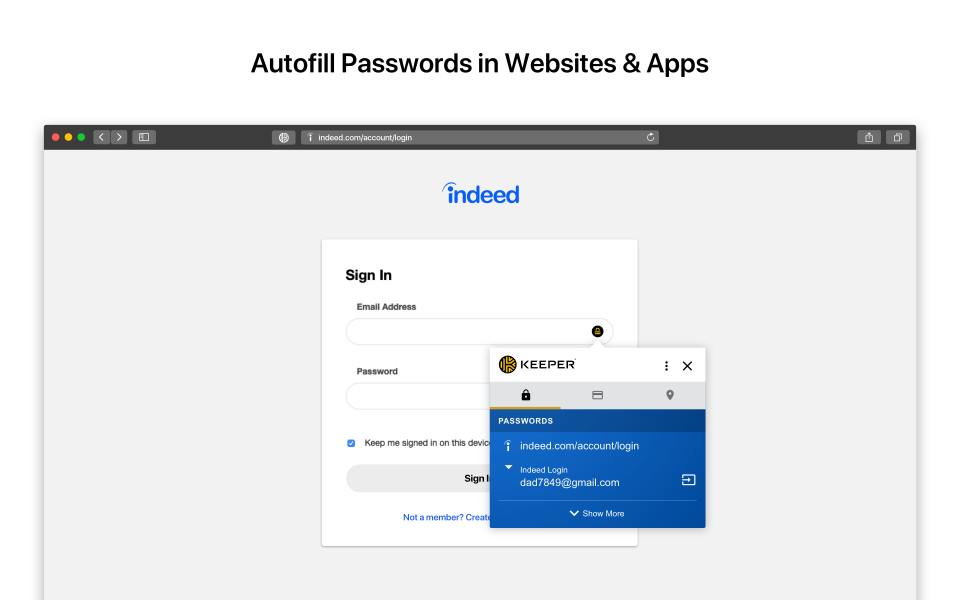 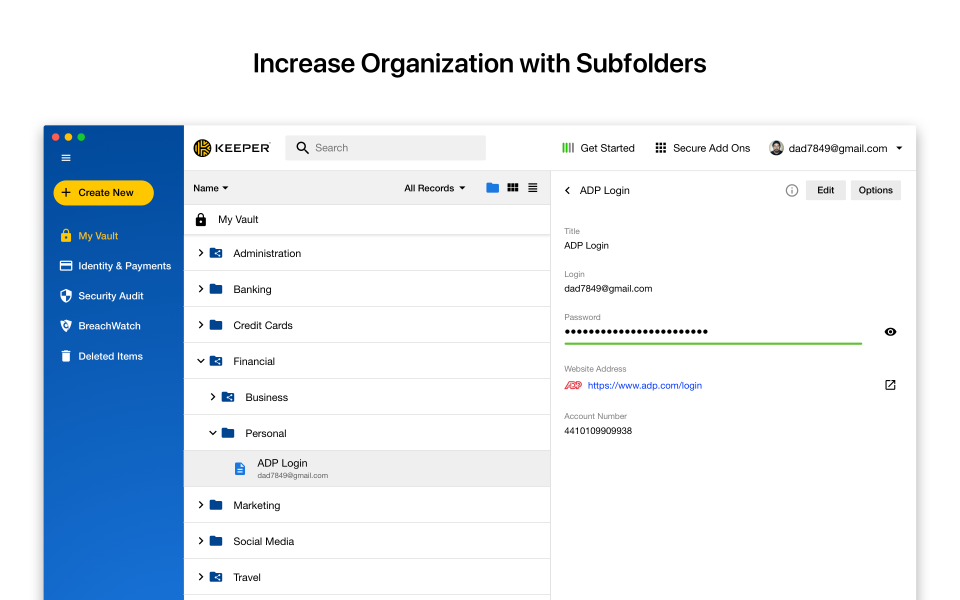 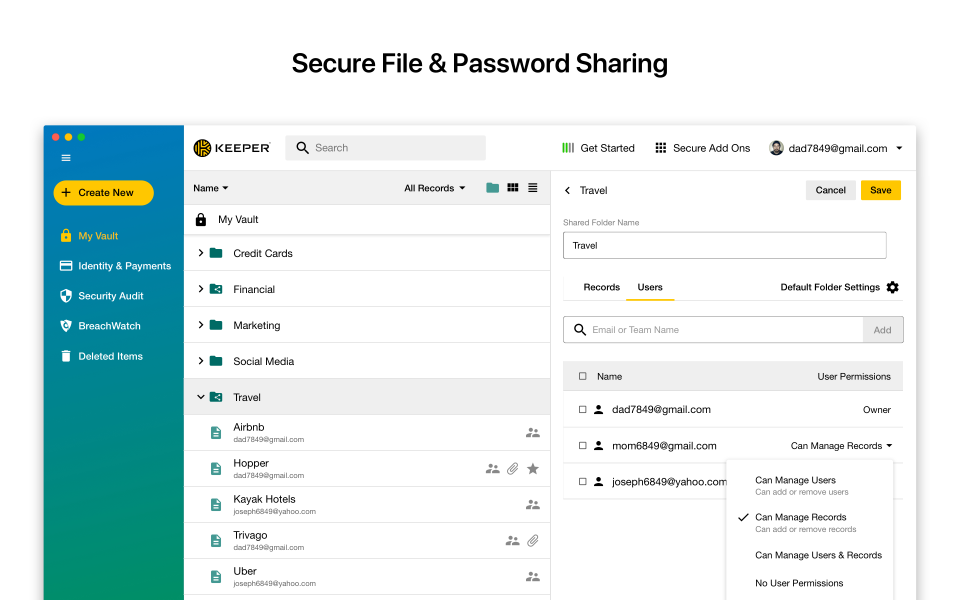 Kommentare: We have hundreds of sites we manage and managing passwords for a team was not easy. An excel ss doesn't cut it. Keeper makes it easy for the team to update passwords as needed and everyone else has easy access to shared passwords.

The ease to implement and store passwords. I really like how easy it is to find stored passwords. I like that you can copy and past to the site you need to access. It's intuitive and just easy to use.

I wish the alphabet line to the right was a little bigger when I am using the phone app. This is not a big deal but I would like more of a variety and color options for the background.

Gründe für den Wechsel zu Keeper Business: It's definitely easier to manage and personally I think Keeper is smoother? I can't really tell you other than to say I love Keeper.

Good value but not exceptional

Kommentare: I have no reason to doubt Keeper from a security point of view, and it's serviceable from a usability point of view, so it's okay overall. For it to become a truly exceptional tool, it would need to add the missing features that competitors have and tweak the UI a bit so that it's a bit more modern. (Like, can we get rid of the "Encryption Enabled" message? It's silly to think a password manager wouldn't use encryption in this day and age.)

Keeper is reasonably priced compared to the competitors we considered. Unlike virtually all SaaS vendors, they publish detailed release notes for all of their component products, which is *super* nice. (I just wish they included RSS feeds with those release notes so I didn't have to make my own...) Keeper is compatible with many different platforms, including Linux (Keeper desktop) and Safari (Keeper browser extension). A lot of competitors couldn't give a whit about products like Linux and Safari.

It's been years since we signed up with Keeper, but it still has some fairly basic limitations that it needs to overcome. For instance, in shared folders, it'd be nice to have separate sharing settings for subfolders. The UI as a whole is just not as refined as something like 1Password.

Warum Keeper Business gewählt wurde: LastPass was acquired by LogMeIn, which is kind of notorious for huge price hikes.

Gründe für den Wechsel zu Keeper Business: It was mainly based on price and product compatibility.

Kommentare: We moved from a shared excel spreadsheet to Keeper. No comparison with security benefit of this and makes generation and sharing of individual passwords for every account significantly easier. No going back.

Cloud based. Nice GUI. Responsive. Easy to copy/paste passwords into app that requires the p/w.

Search is good but would like to be able to close trees of results uninterested in.

Not Suitable for Business Use

Kommentare: Even though we pay for the "business" level of this software, their support is terrible. Their online chat support is only available for consumer, not for enterprise. There's no phone number for business support. All you can do is fill out a contact form on their support website, and they are extremely slow to respond. When I pushed for a phone number from the "consumer" support person in online chat, they did finally give me a number, but it went straight to voicemail. They eventually called me back and tried to blame me for the problem. They said that if you don't set up your folders from the beginning with "default permissions" then there's nothing you can do afterwards to fix the problem. I explained that when a product advertises itself as "enterprise" grade, they have to understand that (1) employees come and go rapidly; and (2) admins must have full authority to edit permissions on any record within the organization, especially those created by previous admins or employees. If any of your employees stores a record as "Read Only" then not even an admin can change this. If that employee leaves the company there's no way for you to ever change the records that the employee created. The Keeper support person made it seem as if this is a perfectly normal and logical way to do things, and tried to blame me for "not setting up the default folder permissions correctly at the beginning". Of course, I wasn't the one who set it up originally, that was a previous admin!

This software is not suitable for businesses who have to manage multiple users. Even though the software allows you to create "Shared Folders", the records stored in each folder are still owned by individual users. So, even if you are an administrator and you have admin privileges on a shared folder, you still can't edit records that were saved by other users. If those users go on to leave the company, you will be permanently unable to edit those records. In a large company, people come and go, so you could end up with hundreds of "orphaned" records that you are unable to manage.

Gründe für den Wechsel zu Keeper Business: They advertised themselves as being "enterprise" grade, but in reality they are not. I really regret choosing Keeper Security.

This software is great for organizing all our passwords for the family and for the company. It automatically asks if you want it to save the password and it goes across all of my Apple products so if I save a password, it’s accessible everywhere I’m logged into Keeper at.

It asks several questions when you want it to save a password, which can be annoying. If you are using it for websites, you have to be logged into it before you start surfing.