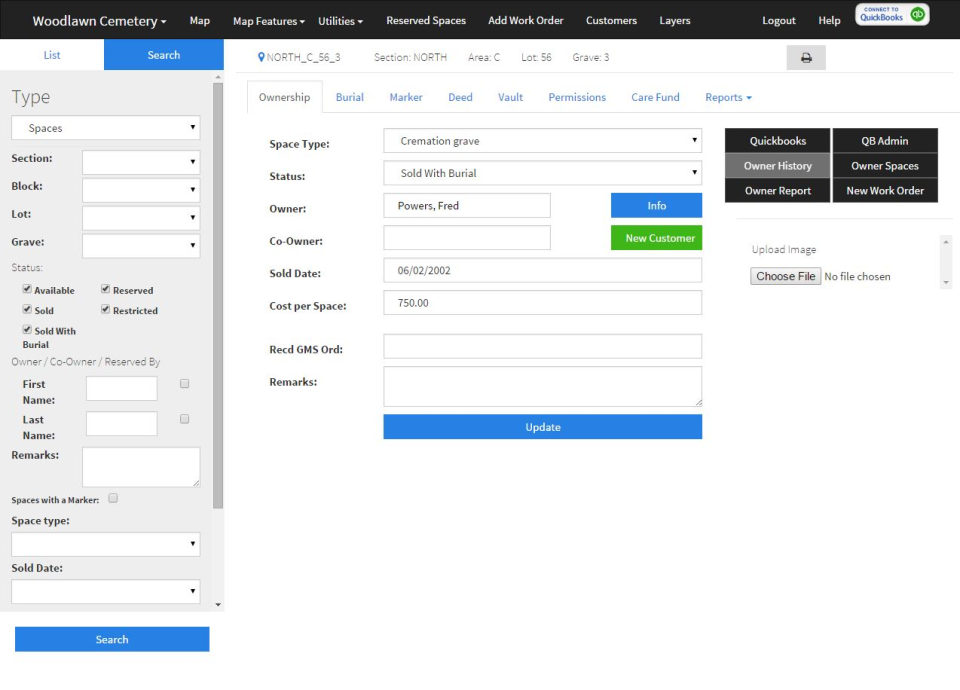 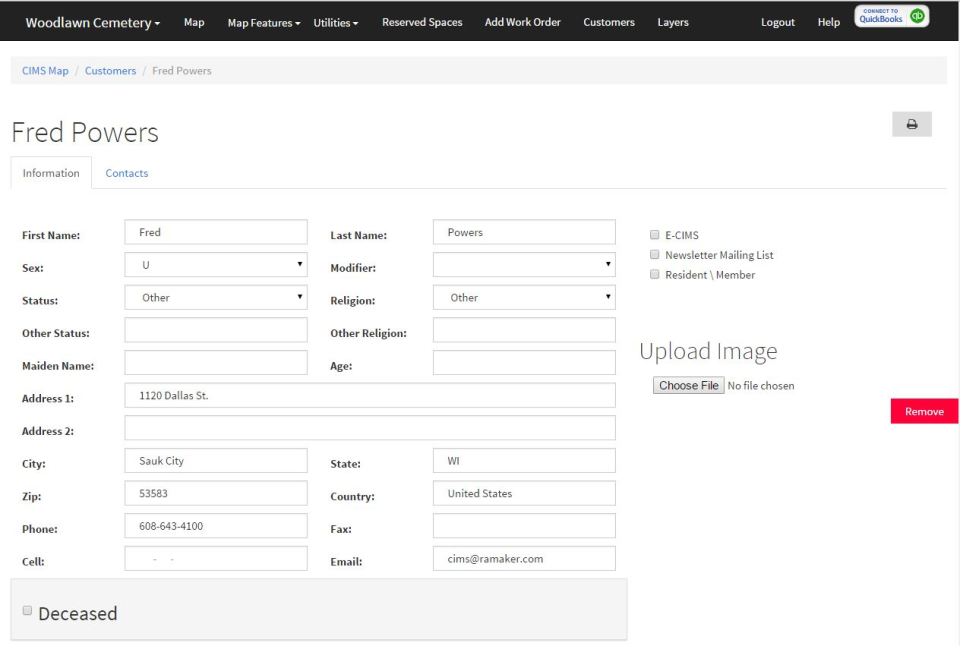 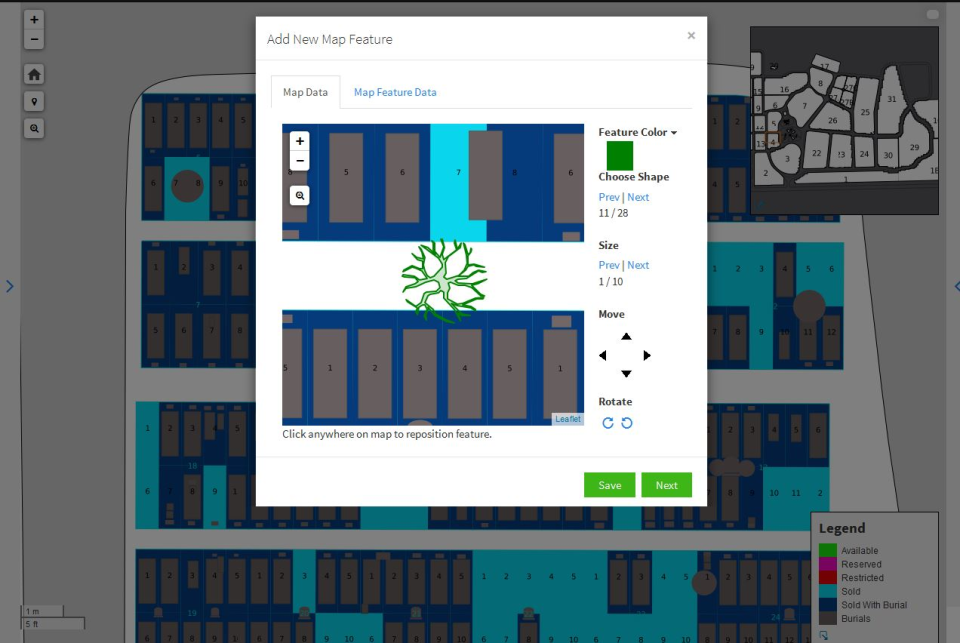 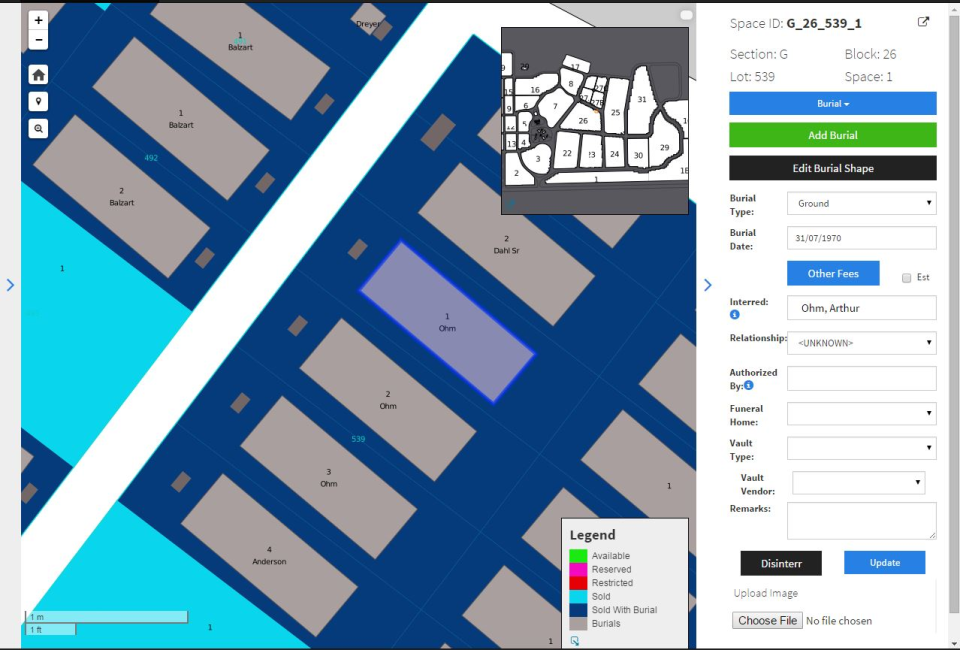 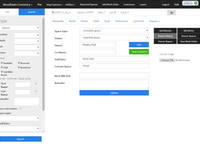 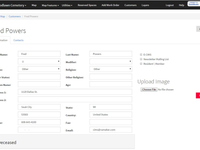 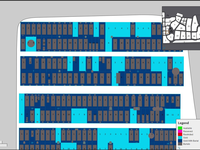 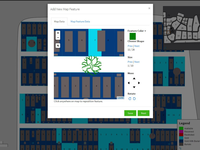 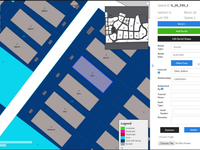 CIMS Online has improved our mobility and as before keeps us up to date!

Kommentare: If we have a problem, we give CIMS a call and it has never taken longer than 24 hours to fix or correct a problem. They are very professional and helpful.

Vorteile: We are a 2 person office and 2 person field worker operation, family owned since 1968. I love that we can have complete records at our fingertips including documents and photo's. I am so close to going paperless and it feels so good!

Nachteile: It does not have the ability to track leads and sales.

From Beta to Best

Kommentare: I am a volunteer and was not associated with the original purchase decision several years ago, so I don’t know what other Cemetery management systems were considered. In any case, it was a good decision to purchase something because everything was kept on ‘cards’. There was considerable work done to enter ownership of lots (recorded deeds are used to show ownership) of most of the lots or partial lots, but then they stopped doing anything and no burials were recorded, just ownership. There were a lot of headstones, but no one really knew where anyone was buried. When I first volunteered, they said great, we need someone to do an inventory for us. I said ide be glad to do it. Did not hear another word from them. About two years later I had volunteered to clean headstones and happened to mention about my past volunteering to do the inventory and someone grabbed me this time and said please help. What database info they had was on the desktop version of CIMS at the time and only on one computer that was being used full time by someone else on a different task, so working with the system or even trying to enter data was next to impossible. Fortunately, I found that the cloud version had been introduced which would allow me to work from home and I convince the staff to upgrade to the new system and I was off to the races. CIMS has a great mapping program and it was a great help in helping me organize and enter data. I basically had to do a headstone by headstone inventory

Vorteile: The cloud version has steadily evolved over the past few years and has become very functional and useful. It has many features that allows one to properly manage a cemetery as well a becoming a good research tool for families who are searching for relatives as additional information is added to the data base. Customer support has been outstanding and no matter who I talked to, they either helped me right away or found an answer for me and called me back.

Nachteile: The cloud version may be been relased too soon as I kept running across problem that were being worked on or were added to an update list to be included in a future release. Also, there was no instruction manual for the cloud version and it was basically self learn or call for help. I was on the phone A LOT. I understand there is a wikiCIMS guide available now, but since I am fairly familiar with the software now and am not a power user like I was I. The past, I have not referred to it yet.

Kommentare: My overall experience with CIMS has been great. The support team is a great group of people. They are very knowledgeable of their product. They are very determined to resolve any issues that may arise.

Vorteile: The first Pro would be Ease of use. Prior to using CIMS we had a card file system and an ancient data system. After getting CIMS, entering, storing, and researching data has become a breeze.
The second Pro would be the color coded Layers. With this option, one can ascertain availability, purchases, standard burials, veteran burials, restrictions, reservations, and even cremations. CIMS also the option of how much data can be viewed on each individual grave space. The options of data input has been very well researched by the CIMS creative team.

Nachteile: I haven't really found any cons since using CIMS.
This is not really a con, but, I have CIMS installed on my desktop and on 'the CLoud'. The formats are slightly different, but easily used.

Kommentare: I really enjoy working with the people at Ramaker. They are quick to respond to issues and questions as well as provide updates that make the system better. Since the beginning of using CIMS desktop and then transferring to Cloud CIMS I have no complaints about customer service.

Vorteile: I really enjoy the ease of cataloguing the cemetery and the ability to add photos, documents and other notes in to CIMS. All the information that the cemetery needs to maintain files on customers is in one place and easy to access from any computer and/or smart device. I can answer questions while out and about for family members who are curious about information as to where their loved one is buried. This in invaluable to me.
The customer service is amazing and I am never without an answer to a question for more than 24 hours.

Nachteile: I feel like the map printing features could be easier to navigate and print for help in locating a grave (such as having a list of the names of nearby graves to ease in the finding for families). I also wish there was a place for middle names and/or the ability to put a place for other items.

Vorteile: For one, the CIMS software is user-friendly! The software is easily accessible from anywhere, including your phone. It has many features that make storing and creating deeds, ownership information, and burial information simple - which reduces the time in searching through paper documents. Customer service is always readily available should there be an issue, which is very infrequent and usually caused by user error. I would recommend the CIMS software to all publicly and privately owned cemeteries. We currently have two cemeteries that are in the CIMS software and are gearing up to put a third cemetery on it.

Nachteile: The only thing I can think of is when I try logging into it from another staff members computer it will freeze up, but that issue is probably on our end.