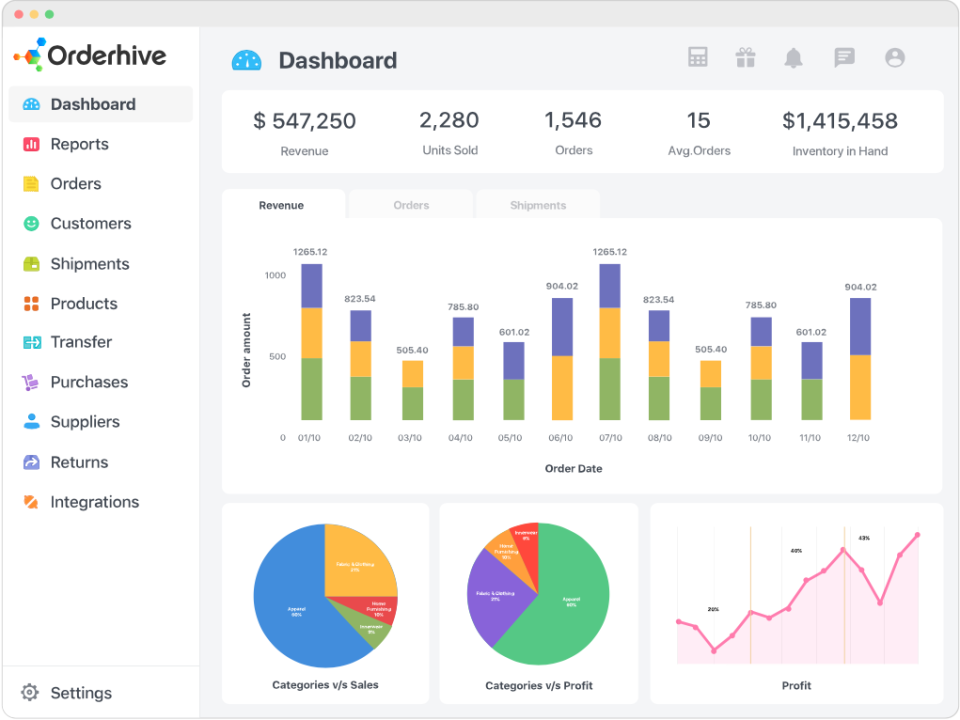 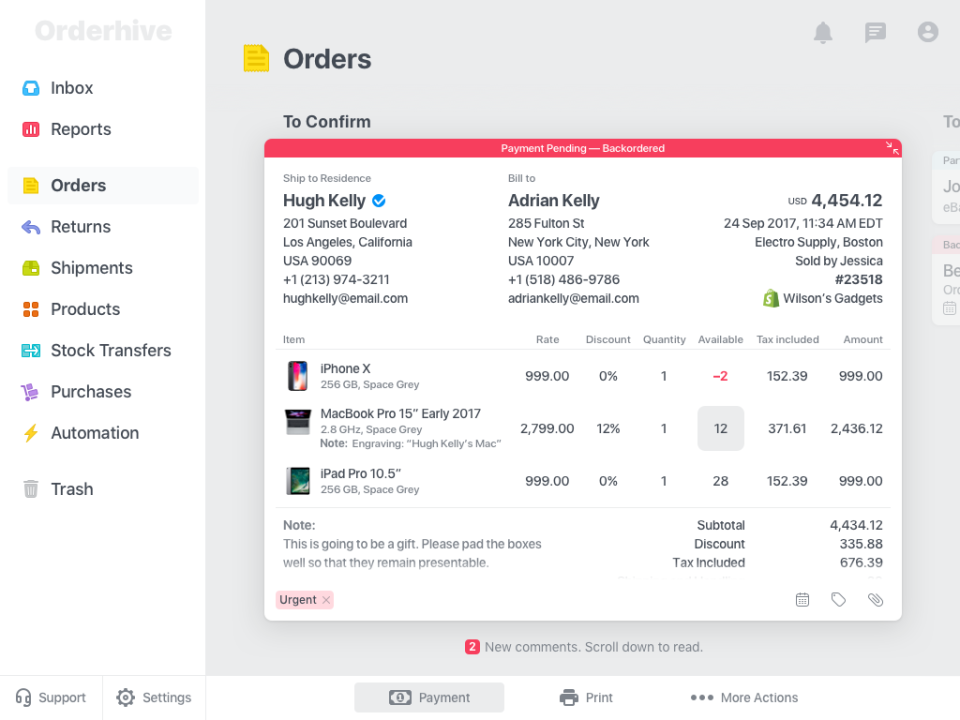 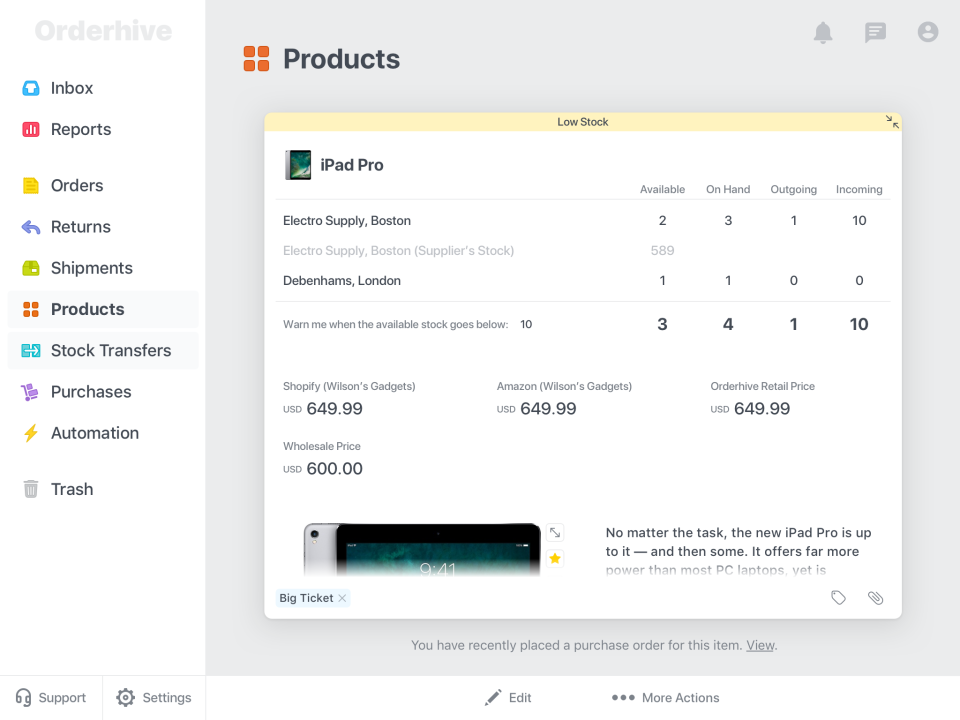 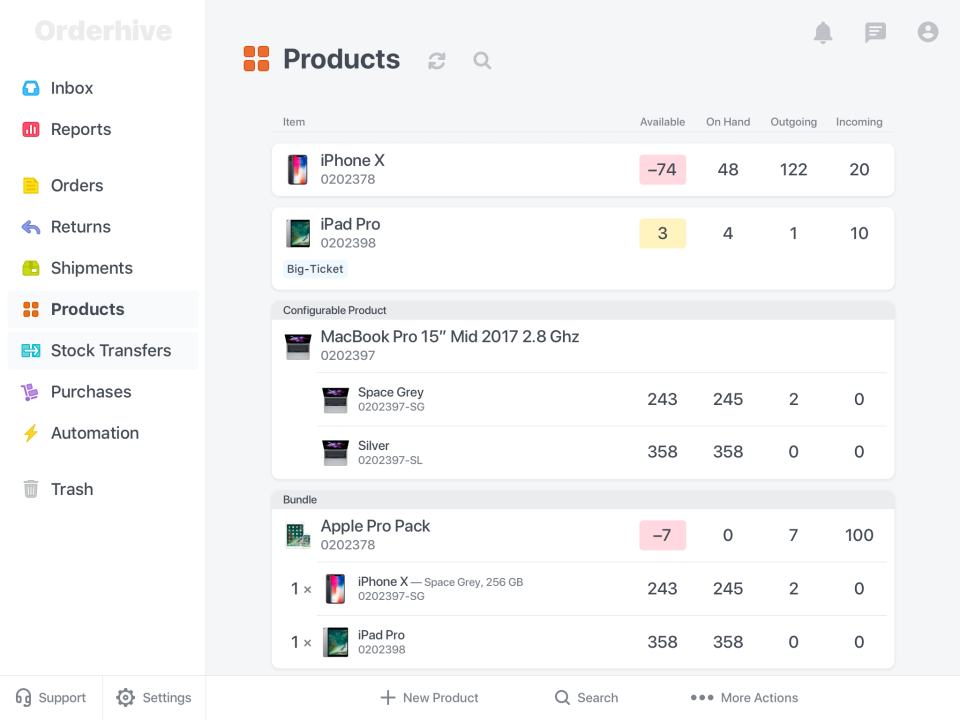 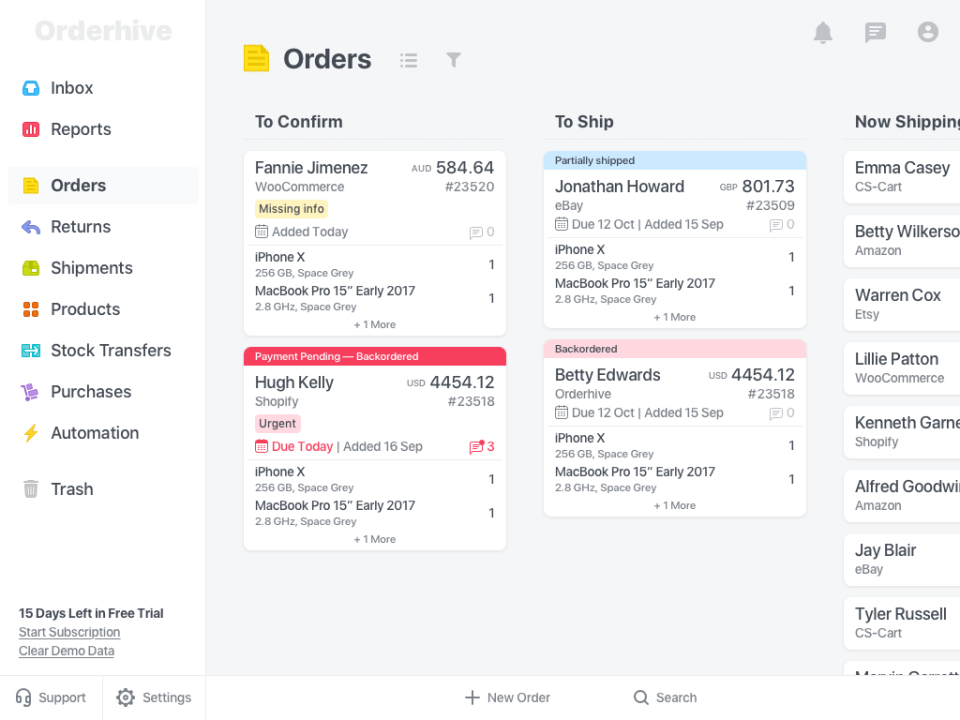 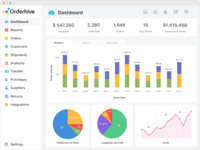 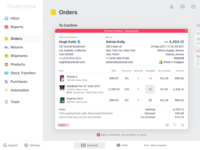 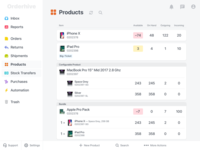 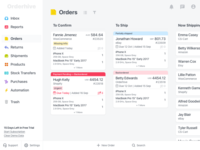 Great, just great! Their customer service is much better than other alternatives.

Vorteile: Customer support: They have responded within few hours and was available on the phone / Skype whenever I needed them. Software: They offer integrations with all the main marketplaces and there isn't any limitation on the number of users. for each marketplace. They have templates for each situation you may encounter as a business such as an invoice, PO and many more.
It's possible to export any information you need, create new orders via their system which is very valuable to manufacturers, as they work with Dealers. Price: I've checked all their competitors: Skubana, Zentail, SolidCommerce, Sellbrite and more, and I can tell you with complete confidence that at this time, Orderhive offers the best price for the features they provide. Ease of use: Their system is more advanced than most of their competition. They provide many features so it takes few days to get the hang of it but in return, you have control of everything. Their only real competition, in my opinion, is Sellbrite but the price difference doesn't justify it. My overall impression of them is very good and I suggest that if you manage more than two marketplaces and have an issue maintaining inventory count, try them. I'm certain you won't regret it.

Nachteile: In my opinion, they are missing a listing tool, better analytics tools, and PO to be a complete package but I'm not complaining since you can solve two of those issues with a little bit of knowledge in Excel.

Kommentare: I would recommend OH to new clients to manage all stock and inventory especially if they use kitting..

Vorteile: We like the way this software has live updates and is easy to connect.

Nachteile: The changes to the software design and look.. I actually liked the old school look and feel..

Overall - good stuff, some bugs need worked out - but generally meets all my needs

Kommentare: This allows me to sync 3 WooCommerce sites and ShipStation. I love that it's generally a one stop shop for reports and product ordering. While it's been a bumpy ride these past few weeks during the transition - its going much better now and I believe it will continue to get better as time goes on.

Vorteile: - Customization of colors, templates, email responses.
- Generally quick response time on chat - until recent when they switched from 1.0 to 2.0. I assume they are busy with that transition, so hopefully they will gain some more time in the future to get back to their quicker response I was used to in 1.0.
Generally able to solve all my needs within a few days when issues come up

Nachteile: - Glitches still, I clear my cache pretty regularly, but nothing I generally can't work around
- 2.0 at first was so bad compared to 1.0, but finally 2.0 is catching up.
- Wish there were more tutorials, but I resorted to making my own.

Be Cautious of Orderhive

Kommentare: 2 weeks ago, I sent an email to our original sales representative, stating that I wished to cancel the project. I had a reply from the CEO of the company, and in that email it confirmed what I had suspected for some time… He stated that “In the last two months, we have upgraded architecture of Orderhive to achieve customisation in the SaaS version. So we can deliver better and much faster than earlier. I am working on your requirement to figure out how we can achieve it in SaaS customisation.” Orderhive has essentially used the money we have paid them to develop our custom solution to upgrade their own SaaS solution - we have funded some part of the development of their SaaS product that they will ultimately use to sell to other customers. It is frustrating that they are now refusing to refund our monies, which in reality, is a tiny portion of what we have spent in time and wages on this project. They have a clear refund policy - but usually these only apply when something/anything is actually delivered. It is absolutely possible that the Orderhive out-of-the-box SaaS solution is a good one. However, I would warn anyone who is looking at the “Plus”/”Enterprise” solution to be extremely cautious of Orderhive. If you do go ahead, do not accept the scope that is sold to you by Orderhive - insist on a custom, detailed scope of works with details about how each feature will work. Insist on progress payments that are payable on delivery of each feature.

Vorteile: I can only speak of my experience, as an Orderhive Plus/Enterprise customer. I try to be fair in all my reviews, and this review should only be taken into consideration if you are looking at becoming an Orderhive Plus/Enterprise customer. Around 18 months ago I started conversations with Orderhive as a potential vendor to run a large portion of our ecommerce business. It seemed promising, and the idea that the Plus (now called Enterprise) solution was customisable was the reason I decided to select Orderhive. There was a significant amount of due-diligence from my end. It took me around 6 months to get my head around what features the software currently had, and what we would need to have Orderhive complete as a customisation. This in itself was also quite a bit of work - there were a number of revisions to the contract documents, created by a non-technical sales representative. My concerns started around this point when I was unable to speak with a technical representative to discuss, in more detail, how each feature would work. The google doc that I created to try to capture the detail of each feature was simply copy and pasted in to the contract document - meaning that if I missed something then it was going to be developed incorrectly. It seemed that there was no attempt whatsoever from Orderhive to truly understand what it was that we required on a deep level.

Nachteile: Nonetheless, once we signed the contract, and we paid the deposit, things were underway - and I will admit it did seem promising. Within around 8 weeks Orderhive had set up the staging and production server environments and had completed some very basic functionalities such as adding an additional column to the Kanban order view. However, once the very basic customisations were completed, things completely stopped. It was tough work from my part to get the Orderhive team together to discuss where the project was at, and why it had stopped. We had a couple discussions about how to get things back on track, but it was at this point that I wondered if Orderhive had just realised some of the complexities that would be involved in our customisations. It took around 3 more months of exchanges between us for me to formulate a plan in how finish this project - I compromised significantly on the features we originally requested. I actually removed the largest customisation from the project in the hopes it would kick it back in to gear. But it seemed the damage was done - the Orderhive team no longer wanted to work on this project - and instead place their focus on an easier (more profitable) area of their business.

Vorteile: Orderhive was the only suitable order management system that I could find, that would provide a integration with Royal Mail (UK delivery service). Whilst this took some time to achieve (about 2 months), the integration works very well, enabling us to print off shipping labels without manually entering in the address. Orderhive also integrates with our online store, which allows the orders to be synced with ease. They listen to feedback and have great support. Orderhive have all the features necessary for our order management.

Nachteile: Nothing much, it's not perfect, but they're working towards it by listening to customers opinions. Maybe faster integration time, although they did run into some complications with our integration (probably why no one else does it with Royal Mail).