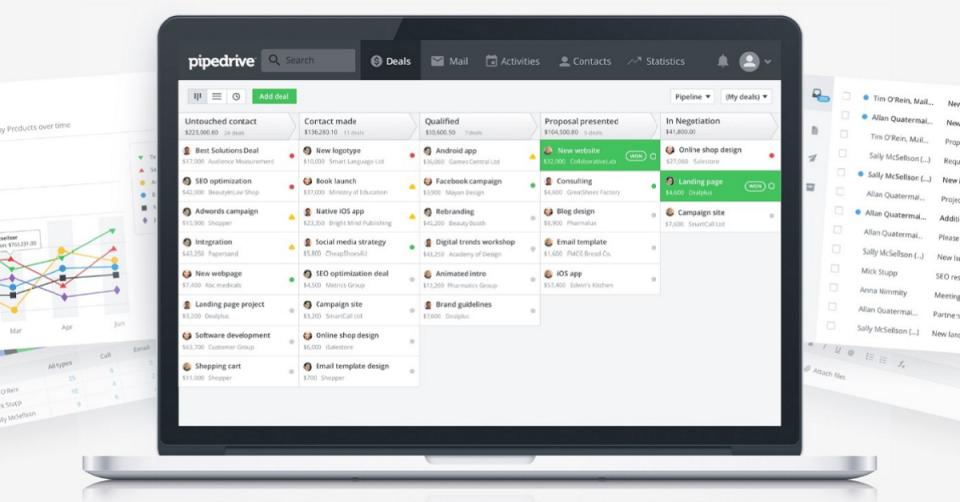 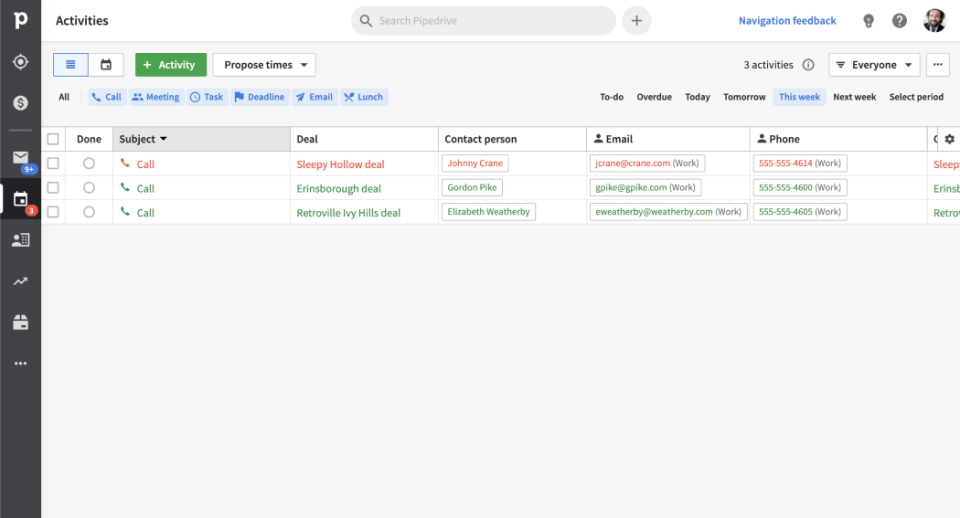 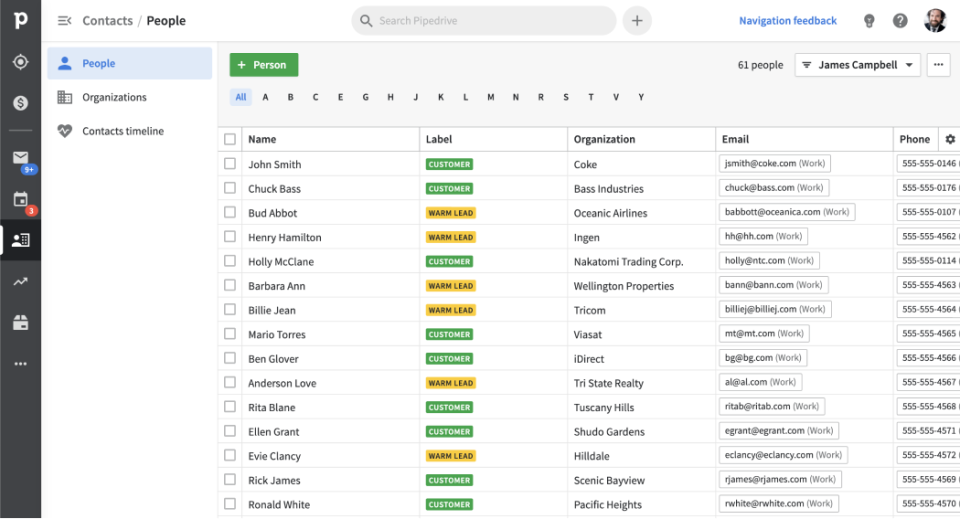 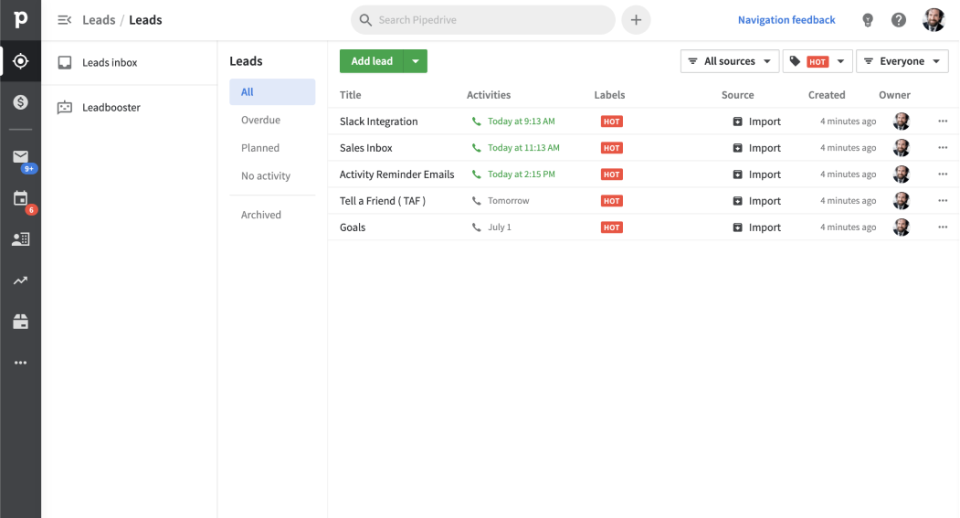 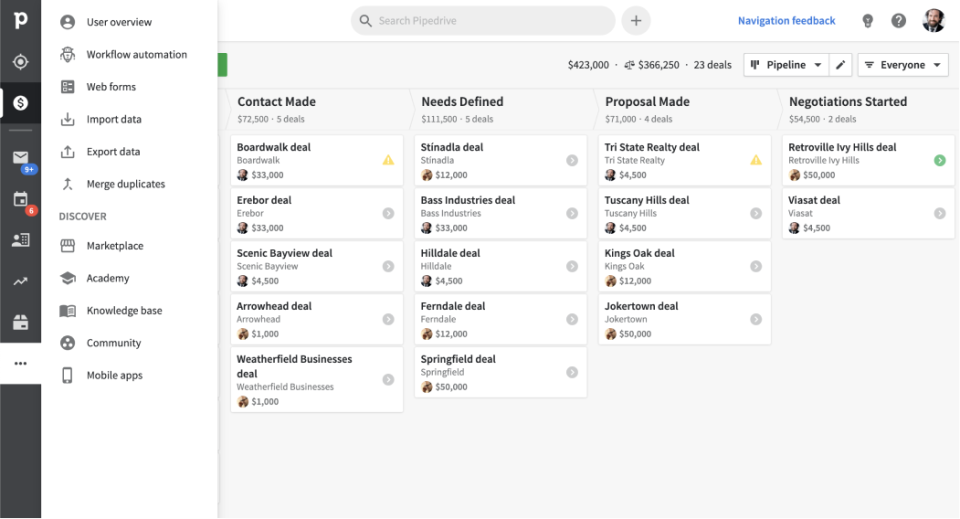 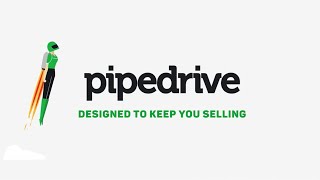 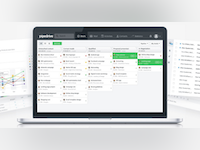 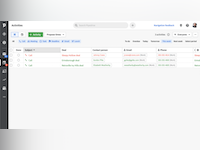 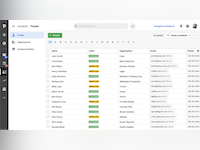 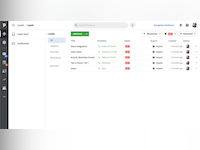 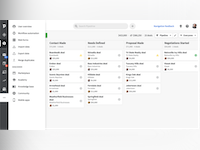 "The Best CRM In The Game"

Kommentare: Pipedrive is by far my favorite CRM after extensively reviewing over a dozen of them. I recommend it to all of my clients because of how versatile it is with third party integrations. I also recommend it to any beginners since you do have the option of getting WAY more features than anyone else offers at the top-tier package; all while being one of the least expensive.

Vorteile: I like the simplistic UI, the customizability, and the fact that Pipedrive has the widest range of integrations in it's class. I would go as far as to call it MODULAR, meaning you can add pretty much any feature you'd like via 3rd party integrations. With this is mind, you'll never be limited to some of the things Pipedrive doesn't do as well. Alternatively, if you're looking for everything under one roof, Pipedrive does this better as a whole than any of the competition.

Nachteile: I'm not a huge fan of how some of the very simple features are blocked off from the lowest price plan. Since I prefer the 'modular' setup, this is the only plan that makes sense to me, but I do miss some of the features like important fields that display certain fields first based on where the deal or person / organization is in the pipeline. I used to run the top tier package from Pipedrive, and I wasn't really impressed with the automation features. They're a bit limited and the triggers don't always work.

Warum Pipedrive gewählt wurde: Trello does not scale well and was not comprehensive enough for my needs

Gründe für den Wechsel zu Pipedrive: Pricing, features and most of all a great and flexible UI/UX

Kommentare: I happen to be a Pipedrive user. I am also an independent reseller of the product, as well as an integration consultant (pipedriveexperts dot com). I have helped hundreds of customers integrated dozens of different CRMs. No single solution is perfect but I find that Pipedrive is the right choice for a large majority of our clients. Pipedrive strikes the right balance between features, ease-of-use and cost. I am happy to say that their technical support is (by far!) the best I have seen from any CRM. I recommend Pipedrive to many types of businesses.

Vorteile: Pipedrive really is built for salespeople. The reporting functions for management are there, and getting better every quarter, but is the ease-of-use for a salesperson that distinguishes Pipedrive.

Nachteile: Automations are generally a very strong feature of Pipedrive, but one type of automation is missing (unless you use an external service). That missing capability is date-based triggering of workflows. Pipedrive cannot yet send a birthday greeting or followup message based on a date (past or present). This is an inconvenience for us, and we have to use external tools to solve that problem.

Gründe für den Wechsel zu Pipedrive: Pipedrive strikes the right balance between features, ease-of-use and cost. I am happy to say that their technical support is (by far!) the best I have seen from any CRM. I recommend Pipedrive to many types of businesses.

"A solid choice for a small business CRM"

Kommentare: I find Pipedrive pleasant to work with, it's simple and efficient.

Vorteile: I like that you can call a potential or existing customer directly from the application, that makes keeping track on your sales activities very easy.

Nachteile: Certain features are buried deep in the structure, you need to know what you're looking for.

Warum Pipedrive gewählt wurde: Salesforce was too expensive for our company's situation.

"Avoid this software unless you like terrible support + constant problems with features."

Kommentare: The fact is, there are SERIOUS issues with this software, their support do NOT know what they are doing at all... if you report an issue, their 'engineering' team will tell you its 'supposed' to work like that instead of fixing the issue (for example, you can select a calendar in google calendars, it then doesn't work right, and they will blame how the calendar was created, but there is no guide on how to create a calendar properly, you can select the calendar that is of a wrong time, and there is no warning that it wont work correctly to scheduler people until you start getting double booked.) As an experience development agency owner of 15+ years, these guys need to seriously learn what customer centric design is, and train their engineering team as they seem to live in some kind of 'programmers' bubble. Their first tier support staff need serious training as they cant do anything troubleshooting wise and expect you to spend hours upon hours to troubleshoot the issue for them even if they can replicate the issue. Customers would be VERY UPSET to know the issues we've uncovered that were never announced, like MASS email delivery issues... in a sales environment that would cost company's thousands, its cost us at LEAST 10's of thousands in sales before we realised and now send important sales emails via another method

Vorteile: The pipeline management is good in this tool, it has a good base feature set, the problem is however, that many core things are MISSING or dont work right out the box.

Nachteile: From the outset, this product looks good value, which is likely why it has so many great reviews, however, the more you use it and the moment you need to contact support, you realise the trouble you've got yourself into. If you are a team greater than one, then DO NOT use this software (remember, you might want to grow in future too).

Gründe für den Wechsel zu Pipedrive: We choose Pipedrive because of its pricing at the time, and its base feature set was enough for us to grow into, however, during this time we've grown to a large team and uncovered dozens of massive issues, to switch would cost us a considerable investment time and money wise, we feel stuck and cheated as this company is too busy spending money on flashy new features that don't work properly to fix major issues with their workflow and existing feature set.