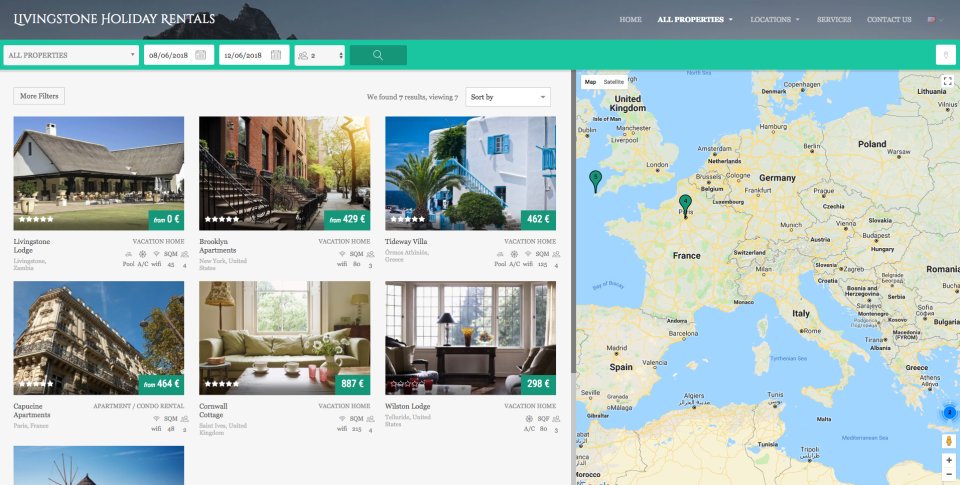 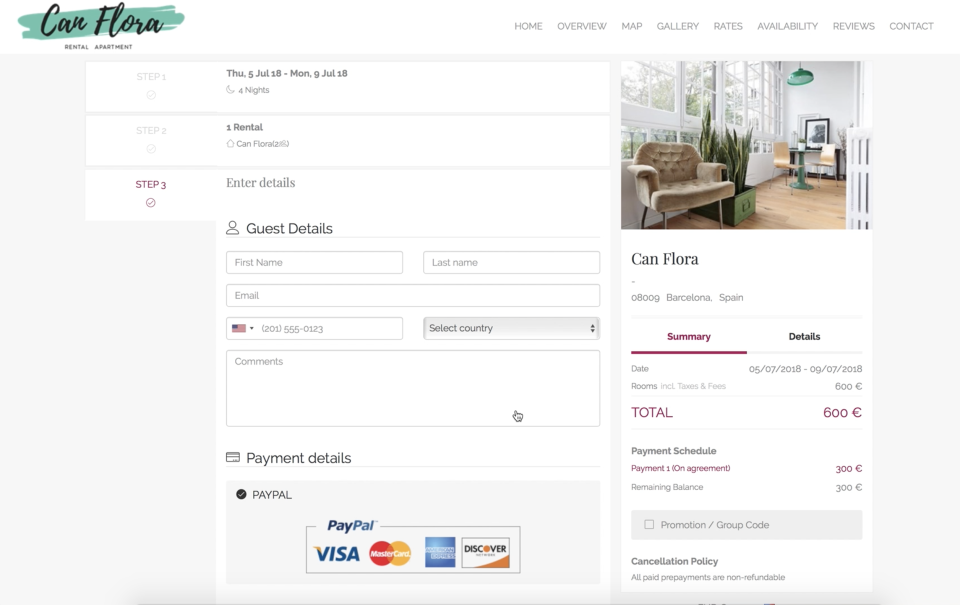 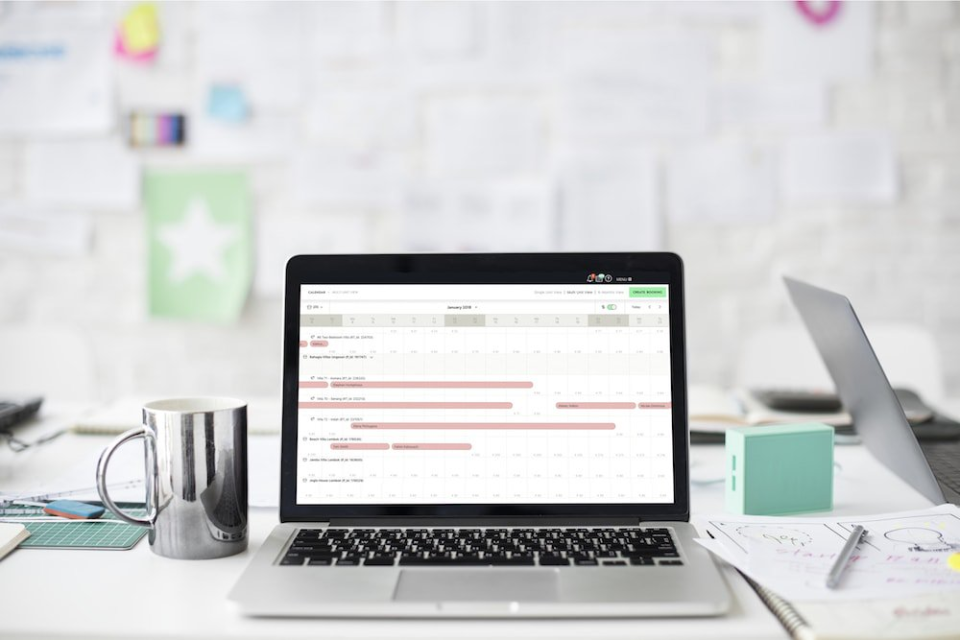 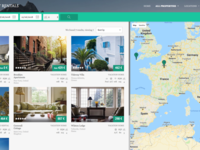 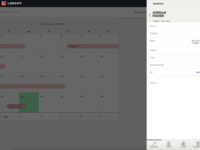 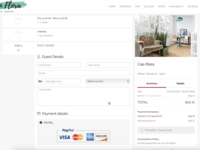 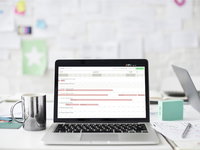 A game changer for vacation rentals

Vorteile: Relatively simple to use. I was able to set up my site and reservation system in less than a week. Site works extremely well on mobile devices (which is huge). I am starting to get a lot of direct online bookings which is amazing. The customer service is very good - I have asked several detailed how-to questions. In one case, I wanted to do something that is not part of the Lodgify product. The service rep researched other ways to accomplish the task and integrate into my site. She sent me detailed instructions and even links to assist me. Not many companies will take the time to do that! Finally, the workflow aspect of the reservation system is a huge time saver. It is so nice to be able to set up automatic payment reminders, send rental agreements and canned emails automatically! Gives me time to worry about running my business and expanding the website instead of doing all the manual processes associated with bookings.

Nachteile: Some of the widgets are a little restrictive. I have managed to work around most of them. My only other complaint is that if you respond to an inquiry with a quote, the system automatically blocks the dates with a tentative booking. I sync my HomeAway, VRBO etc calendars with my Lodgify calendar, so the tentative block causes those calendars to show unavailable. In this business, the conversion rate on inquiries is not high enough to block dates simply because someone sent an inquiry.

Hi Deanna, thank you for reviewing your Lodgify experience. We're happy to hear how quickly and easily you were able to get your website up and running.

It's a very positive sign you are already achieving direct bookings on your website, we hope this continues to make up an even larger portion of your reservations this year!

We're glad our agents were able to go above and beyond to help you find the solution to your query. We look forward to seeing you expand your website throughout 2018!

Regarding the tentative booking on inquiries, we have recently updated our system and now, inside your policy settings, you can decide the quote expiry time. The default is one week, but you can change this to suit your properties. If the guest does not accept the quote within this time frame, your calendar will automatically be re-opened. For further details on this matter, please get in touch with your support agent.

Have a great booking-filled year! The Lodgify Team

Kommentare: Have received quite a few direct bookings for which I charge more but still save the guests money since the AirBnB guest fee is very high.

Vorteile: • Website was really easy to set up to take direct bookings and allows customization. I set it up on my own and had it ready to go in just a couple of days.
• Great blogs with tips on set up and other ways to improve your business.
• Integration with Pricelabs, AirBnB, VRBO, and booking.com are great - Lodgify takes prices from pricelabs and moves those to VRBO since VRBO and pricelabs do not have integration
• Payment processing is expensive but works well
• New integrations and features happen quite often
• Customer support is very responsive
I first tried Tokeet, then Beds24 and then switched to Lodgify which has been much better.

Nachteile: • Software doesn't allow monthly automatic charging for guests who book for a few months at a time which is something AirBnB does so makes it hard to convert these types of guests to direct bookings. Contractors get paid monthly from their company so want to be able to pay monthly also so I need to manage these payments manually.
• There is an ability to create canned messages but no way to schedule these to send automatically. There should be a way to send messages automatically when a booking is made, before and after check-in for example. I use SmartBnB for this now which works great for AirBnB and VRBO but doesn't help for direct bookings.

Customer Service is not Proactive for Critical Issues

Vorteile: The software is well (though not fully) featured and meets most of our needs at a modest price. Generally, considering the price point the software meets our expectations and needs, though with the occasional glaring problem. The customer service is good for minor issues and correcting our (or Lodgify's) errors

Nachteile: NO PROACTIVE CUSTOMER SERVICE: The lack of a proactive customer service which reaches out to us to let us know of serious and/or critical issues. For example, we just discovered there is no means for potential guests to actually reserve any of our vacation rentals on our Lodgify website -- even though we have "Instant Booking" turned on AND have implemented their calendar search option for all properties. As a result we've received no reservations on Lodgify for the last two weeks -- highly unusual. When we contacted them here is their answer "Unfortunately, I have to confirm that this bug has been already identified and the relevant team is now working on a fix for it. Of course, we'll let you know once there's any news on this ..." Huh??!! They knew about it and did not inform their clients. NO TELEPHONE CUSTOMER SERVICE: Unlike many of their competitors we can only reach them by email. For the most part that is no problem -- Until there is a criticial issue. UNUSUALLY SHORT HOURS FOR CUSTOMER SERVCIE -- NO PUBLISHED HOURS

From Lukewarm to Fan and Back to Luke Warm

Kommentare: The website looks good. The back end mobile experience has actually declined since we signed up, it was better before. Now it's buggy and you can't scroll down through messages etc. There are some things we've been very happy with, but overall lodgify gets 3 stars.

Vorteile: My experience with lodgify started off very rocky. I wasn't happy with the features, experienced many crashes of the site in the first year that were very frustrating, and there were a few features that were broken entirely. Initially, I had the impression that they didn't have any intention of improving their software. Now that I've been using lodgify for a year and a half there are many broken features that are now working. The coupon codes actually work on mobile now which is something we had contacted them about at least a dozen times. Customer service responds quickly though there are delays because they are in Spain. There can also be some communication issues. We are a long established company with a well recognized brand that has always taken bookings off of our website, for years before switching to lodgify. This is why the platforms functionality was even more important to us. We have over a dozen properties and do around half a million in revenue a year.

Nachteile: Lodgify isn't exactly honest when you are signing up. We were told that if we signed up for the yearly subscription of $1,100 that we would be locked into that price for life. Well, just two years later and they raised the price $472.00 and told us that they would not be honoring their promised of their lifetime locked in price. They said that their website had been much improved since we signed up and used that as the reason for their price hike. Honestly though, nothing has changed on their website aside from a few broken features actually being fixed. They also charge $1,200 a year to integrate to stripe, so just to use lodgify you are looking at use shy of 3 grand if you have less than 15 properties. That on top of the 2.9% processing fees you are already paying with stripe. Our biggest disappointment with Lodgify came about a month ago when they decided to publish a blog that they sent to all of their email subscribers. In their blog they used our business and claimed our success was due to building a website with lodgify---a tall claim considering we only use their reservation system and we were a nationally recognized brand long before we ever adopted their software. In the blog they linked to our website, used our copyrighted photos without permission, and encouraged others to copy our very unique business model. In conclusion: Not a lot of integrity with lodgify in our experience. We like the reservation system but there is still room for improvement.

Great app which has helped save time, streamline processes and heaps more...but...

Kommentare: Overall our experience has been very good. The support staff are very positive and know their stuff, so when the support is good, it is good. I have though had some challenging times trying to explain problems and in turn get the issue resolved. Lodgify shows a lot of promise and i look forward to seeing new innovations and improvements. Overall I still believe the user has to be quite computer literate and confident to have a go and set everything up.

Nachteile: Having said the pros above, I am not sure it is particularly better than other vacation rental software out there. I did a bit of research and chose Lodgify which has so far been good. I am still hopeful for other functionality to come in including:
Main big issue for us is the Channel Manager is not comprehensive enough. I have been waiting on HomeAway for over a year but no word on this one as yet. I have my fingers crossed as it is probably second biggest player in our market.
There has been some consistent problems with connection to booking.com which hasn't been explained to me why and i probably dont need to know the exact reason, but i just want it to go smoother than it has of late.
Delay in getting answers from support team due to time difference has been a problem.
Cleaner management would be a great asset and I keep hoping this will come along as offered by other software.
Reporting is quite limited. reports to owners would be handy as some other software has.The interface with Zapier to extract data is pretty basic.
Owner setup for each property is a bit restrictive. I would like more flexibility as to what owners can or cannot do/see.
Pretty annoying that new subscribers get discount incentives to join up but loyal current subscribers dont. Look after your current subscribers the same.