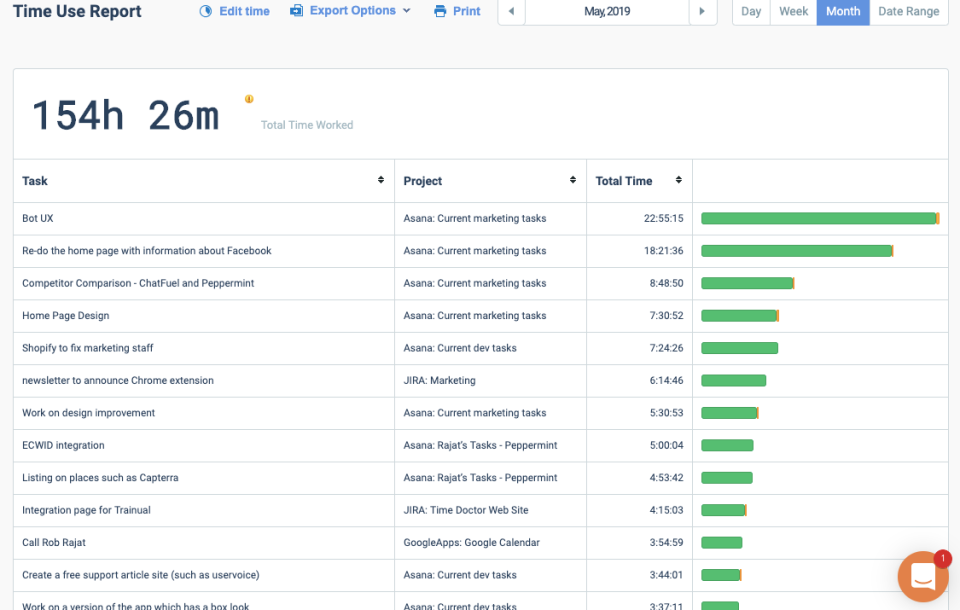 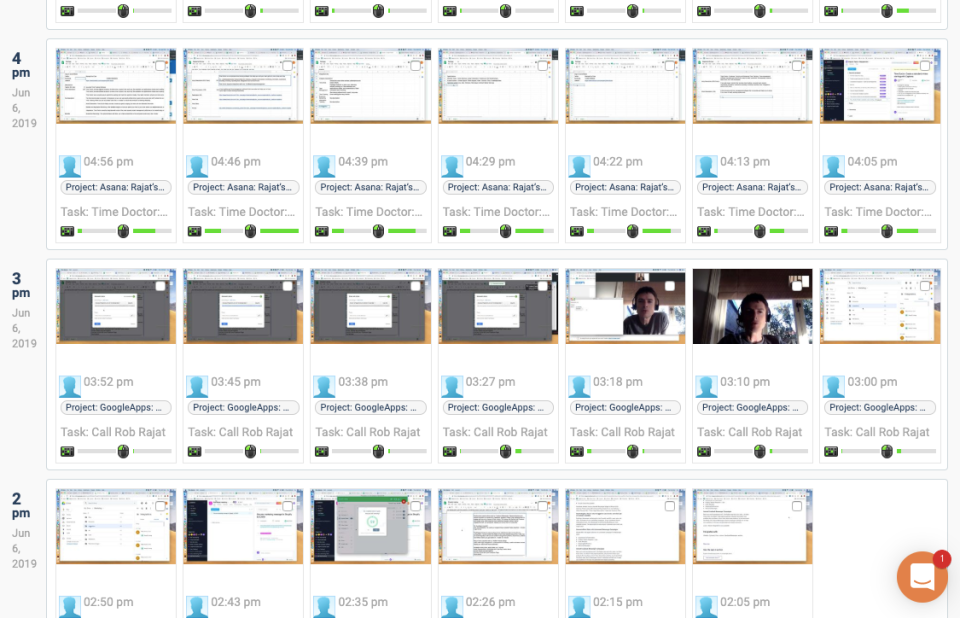 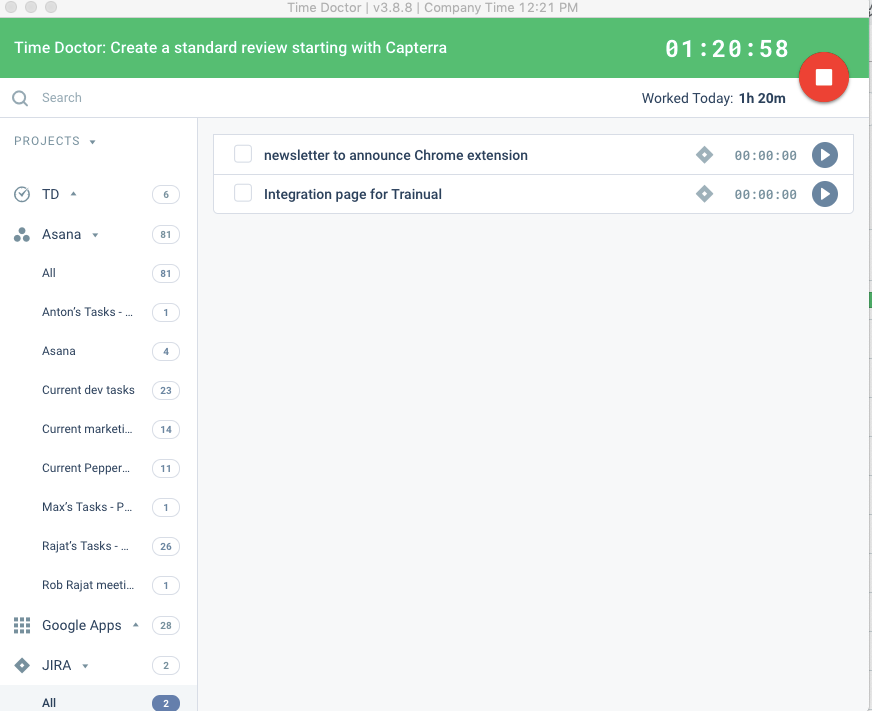 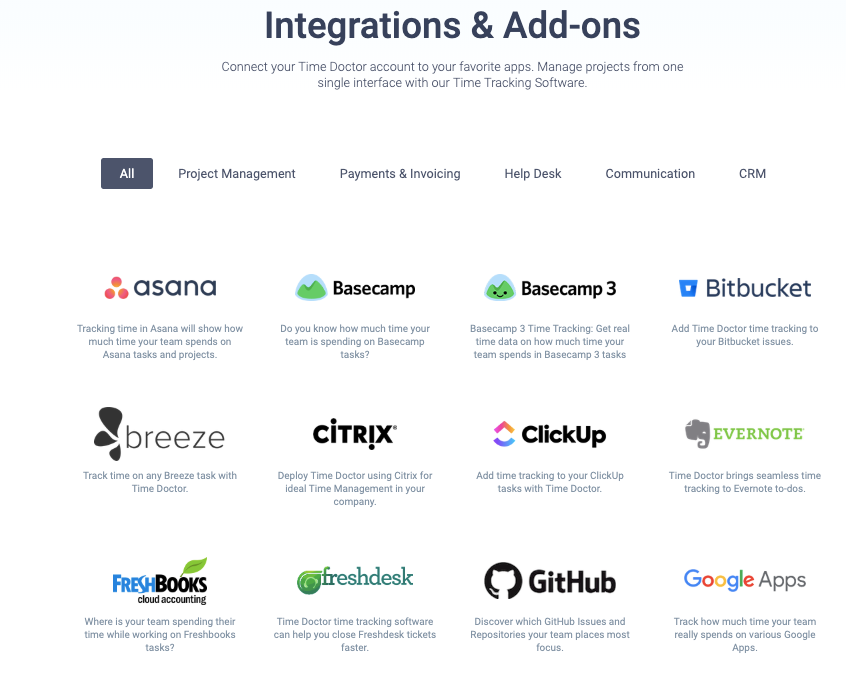 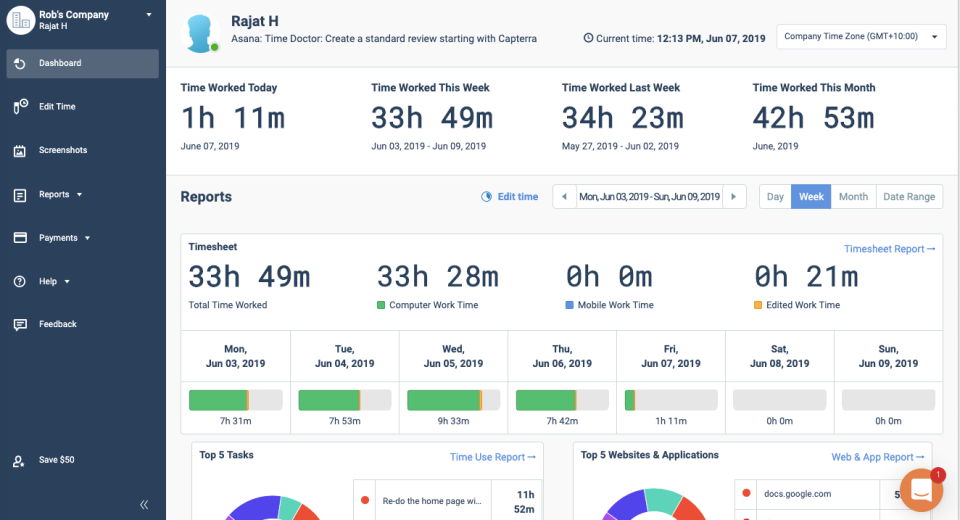 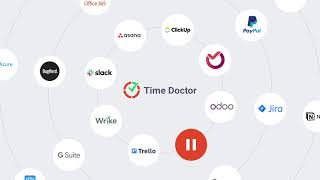 Kommentare: Overall, Time Doctor is great for productivity, time tracking, and project management. It has the best Leave-Tracking features that send notifications if the person is still working on a task. In all reality, it has great usability with many different cool options such as time-tracking, browsing history, breaks, and idle time reminders, etc.

I have been an active member of PeoplePerHour for almost 4 years now and Time Doctor has been a great help for me. It has helped me track my time spent on various projects that I do on daily basis. I manage my workflow and pace by keeping an eye on Time Doctor and also get proof of my work hours to demand payment. I'm on the Desktop application most of the time but I do use a mobile application that helps me track the time when I'm traveling and working. It also gives an option to manually edit time and I used it sometimes when I spent time on the phone or forget to launch the application while working. The activity bar on the desktop is one important feature that I use and I love it.

I check for updates regularly and try to keep my software up-to-date. However, I noticed some mal-functioning when my Time Doctor didn't stop for the whole night and showed non-stop 13 hours of work. I had to reinstall the application to fix the trouble. The activity bar on the screen is sometimes pretty annoying as it doesn't go behind the apps. It always stays on top and blocks the view. There should be an option to resize it and push it behind as well. Other than that, I'm quite happy with the overall performance of the Time Doctor.

Kommentare: We at Fullstop360 are totally satisfied with the overall performance of Time Doctor. It is good for time-tracking, task-management, timesheets, poor time use, web & app usage, attendance, and payroll etc.

I have given Time Doctor 10 out of 10 as I simply love it. We have been using it for more than 4 years and it has proved to be a great tool to manage the in-house and remote employees. It is pretty convenient to install and work with. It allows to track time and improve productivity. It gives your complete control over your work. The effective reporting system helps you to figure out a better use of your time. It provides browsing history, top website, and poor management of time. In the capacity of an HR Manager, I use Time Doctor to mark employee attendance. You can check time-in and time-out and total work hours of your team members. It shares employee activity by sending screenshots. I also get help in managing the payroll. There's another cool option that TD allows to manually edit time. Sometimes, people forget to start Time Doctor and then approach me to adjust their times. In all reality, you can do a lot of cool things to manage your team and work.

The only con that I observed as a user is the 'display of activity bar'. It stays on top and sometimes becomes quite irritating. There's an option to hide it but the chances that sometimes you forget to turn Time Doctor on. Likewise, the breaktime monitor is a bit irritating. When you're busy in a though process and staring on your screen but you have not moved your mouse or touched the keyboard, Time Doctor will assume that you're gone for a break. I don't know how to fix it but it would be really cool if there's some sort of a sensor.

One of the best time trackers on the market

Kommentare: It is a perfect fit for any business that needs time tracking.

Really easy to use. This motivates the team to often and timely record their work. The reports are easy to read and understand.

The desktop app is sometimes difficult to install and not always working properly. Also, to have a longer history, bigger data base for the older entries.

It used to be a good product but they now lack on product focus and don't listen to customers.

Kommentare: It helped our company at different stage of it's growth but unfortunately is not listening to its customers anymore

- The old client UI (which is the only one that we can use) is not intuitive and buggy. Our team very often complains about this and they don't want to use it. - A key feature which is blurring the screenshots has been taken away from the new Windows and Mac client but the option to enforce it is still in their web backend. This gives the false expectation that the setting will be respected while it doesn't and this compromise the privacy and *security* of the people using this software as the screenshots can also collect passwords, private keys etc. Neal from support on October 3rd 2017 wrote: "Sorry for the delay but our developer has not finished setting up this feature yet on the new app. I will try to get more feedback on this and see if I could get at least an estimate of when it will be implemented." After more than seven months on 20th of April 2018 he says: "We don't have an ETA yet. All I know is that our development team are currently working on incorporating this feature as we have been pushing them to since this is something available on the old app." As you can see the answer was not truthful (using the word "finishing" for something that wasn't started). There was also no apology from their side and they didn't write an article warning about this bug which can compromise the security of their users and breach their T&Cs. It's a shame since this company used to care about their customers. I will change the review if they finally act on this.General Comment It helped our company at different stage of it's growth but unfortunately while growing it seems that it lost its user focus

Hi We do apologize if you feel as though you are not treated the way you and your company used to be treated. While it is true that blurring of screenshot is not yet available in the new app, please do know that you can always use the older app to have this function working perfectly tailored to your needs. If you need any further assistance though, please do feel free to message us at support@timedoctor.com

One of the best Freelance Time Tracker, if you agree.

Kommentare: Time doctor has improved enough since I've used it in the early 2014. I love it's reporting, screenshot, billing and archiving.

Ease of use. One of the best function of the tracker - just like any other software - it should be. Screen capture is the second, just if cases where your client needs to police your progress.

They might need to fix the redundant notifications. Such as it keeps checking you out if you are still working. If I'm a video editor and I'm rendering a video for 5 hours, the function needs to be intuitive or at least palpable. The software is obviously dependent on keyboard and mouse activities.