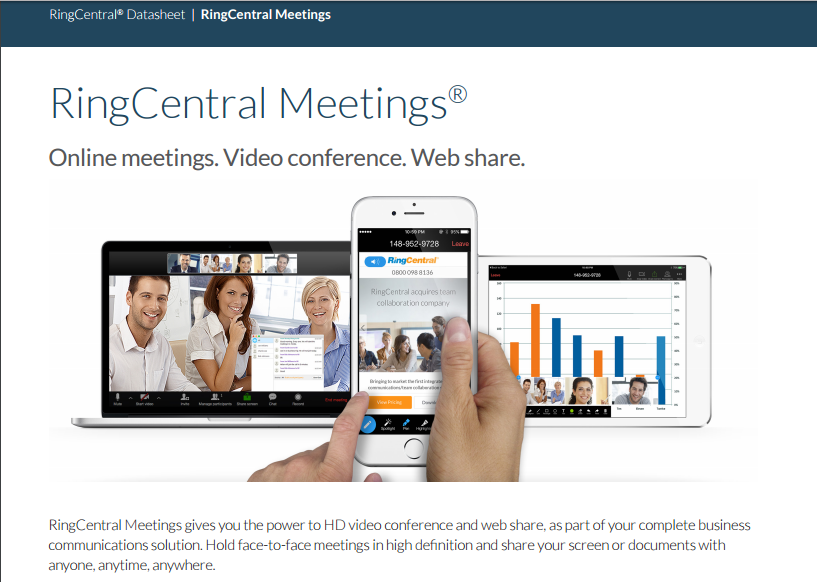 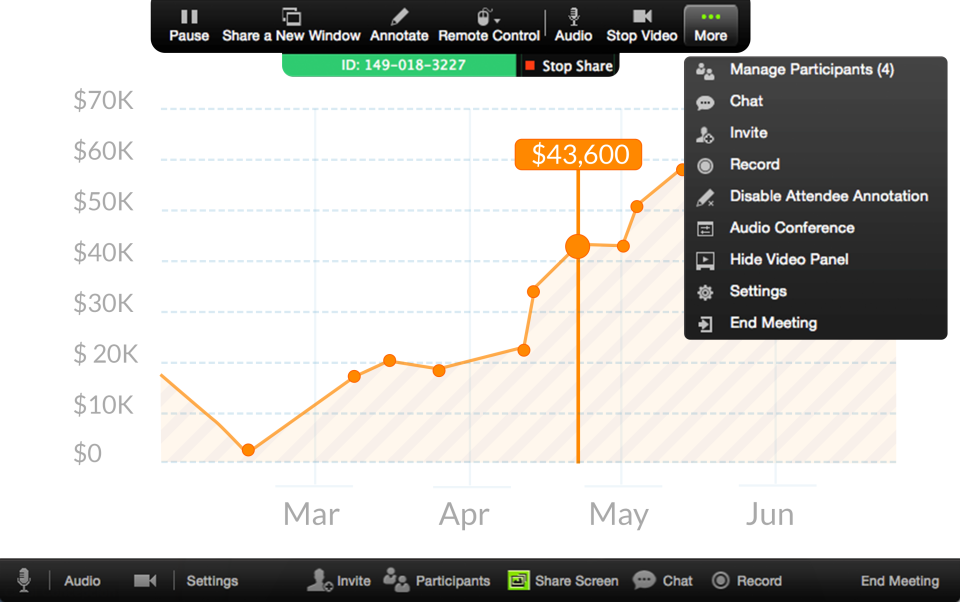 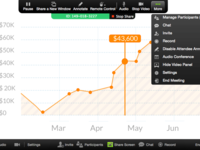 Kommentare: Ringcentral meetings give us the opportunity to connect with our clients in an effective way. Also, it s great to use inside our company to connect our offices over the world.

Vorteile: I´ve been using RingCentral at work since I got hired in the Company. For me it has been an important tool since the majority of our clients are contacted via telephone conferences. Also, ringcentral is very helpful for us because we have 2 main locations Miami and Bogota and we use it to comunicate between both offices the entire day. Ringcentral is very helpful in situations in which you need to connect your clients with people in different offices. Even if you don´t use the video feature you know who is speaking because the name of the person appears in the entire screen (which is super usefull if you are connected which several persons at the same time). I had also use it via cellphone and it is super easy to use, you only need to call a particular number and then mark the code of the meeting, for me this is important in cases when I have a meeting but I´m in the middle of traffic or something similar. Ringcentral also offers you the opportunity to share your screen so everyone in the meeting can see your presentations and you can even give them the control of your screen so they can make changes directly to any document if you need it, we use this feature between the teams in Bogota and Miami and it is super usefull because we can work in several things at the same time.

Nachteile: I don´t have any complaints about this software, for me it has been very helpful.

Kommentare: My overall experience with RingCentral Meetings is great! I love to use Ringcentral at my work. Our company has many telecommuters, and we heavily rely on RingCentral for our daily work. It's so convenient to meet via RingCentral with colleagues from New York, DC, and Boston offices to work on the same project.

Vorteile: I've been using RingCentral every day since I joined my company. What I like most about this software is that I can join anywhere in the meetings with my cellphone and share my screen easily with my colleagues.

Nachteile: What I like least about this software is that sometimes I got kicked out of the meetings and re-joined multiple times when the internet was not stable.

Kommentare: I move all around with my laptop and when on the road, I need to not have to change the way I work. RingCentral, whether its the mobile app or on my desktop, is just so simple to use. This is the first time I've not needed a physical phone taking up space on my desk and I love it. I move faster and am more efficient.

Vorteile: I love how simple and straightforward it is to use the softphone and meetings tools. The fact that it also integrates with my calendar just makes its so easy to rely on it for any type of communication.

Nachteile: My only frustration is when end users (typically school districts) tell me they have a hard time joining. I dont think this is a frustration only with RC, but thats really my only complaint.

"RingCentral works, but could be better"

Kommentare: I wish we had used Zoom's products instead of RC. The issues we've had with them have led to frustrated clients and deals lost. UberConference is much simpler to setup and we've hard far fewer connectivity issues. We've also used Zoom which has had more stable connections as well.

Vorteile: RingCentral recently updated their app to have phone calls, meetings and screenshares all within the same app, which is very nice. They allow our team to make phone calls and host screenshares . Their tools and very user-friendly and take seconds to download. The layout itself of their tools is very modern and yet sleek and simple.

Nachteile: We've had strange issues with our accounts being locked out or dropped from our plan and having to reach out to their support team to get those issues resolved. Every now and then we'll have dropped calls or issues with clients downloading the meetings app, which has led us to use UberConference more frequently. Their support team is ok, but not the best at understanding our issues.

Kommentare: I say I am on the fence mainly because I use this with external users and they do have such a hard time connecting. Not a great way to kickoff the first relationship. After that it has been ok.

Nachteile: I like recording my calls to send to customers and there were a lot of issues in the video recordings until we found a workaround. Customers have a hard time logging in the first time. I do not like that it makes you download the app.