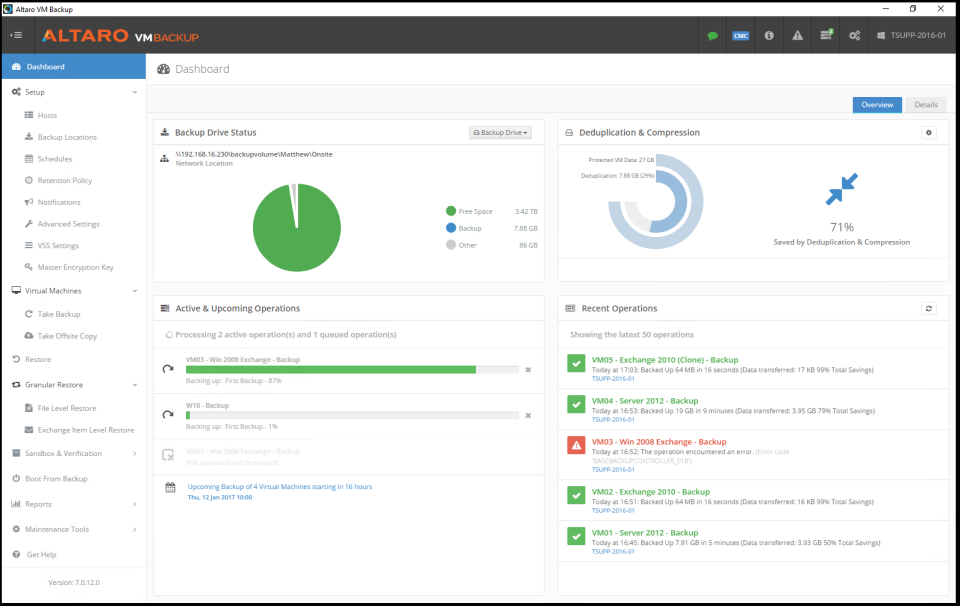 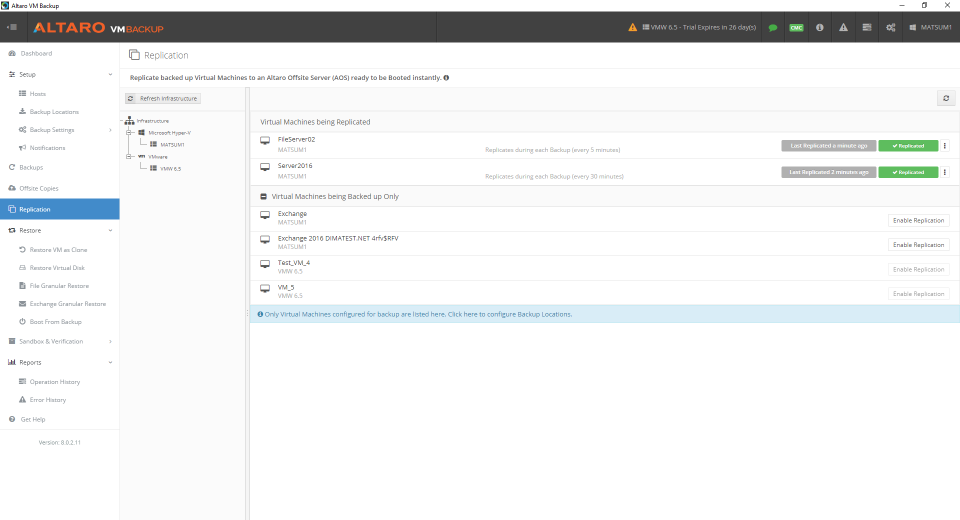 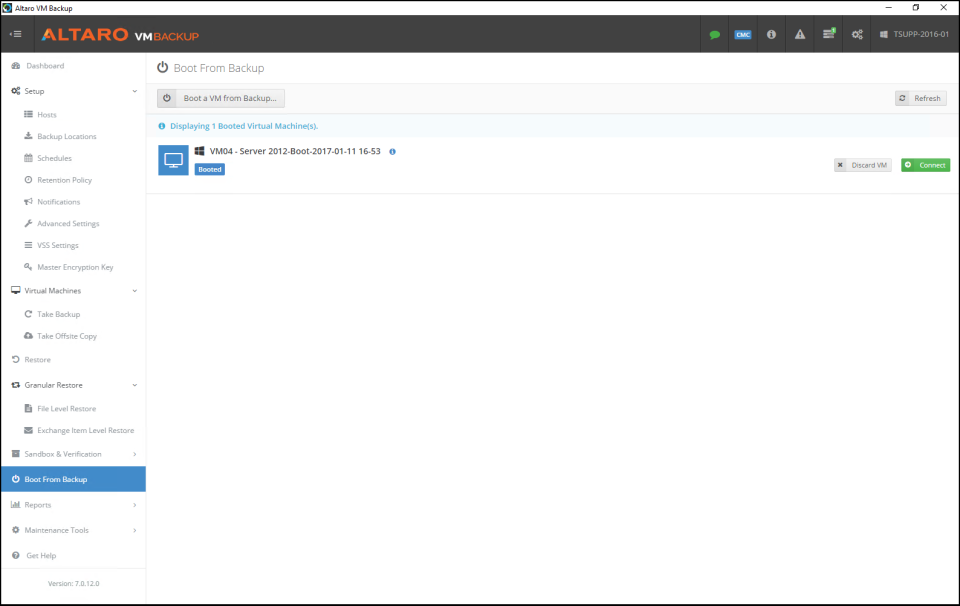 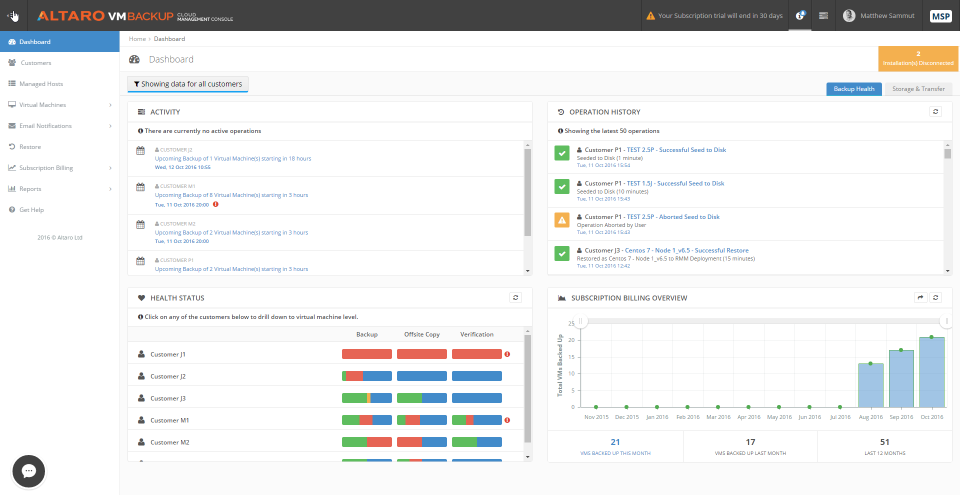 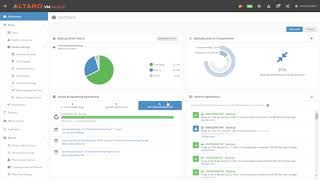 The ease of using and GUI is so user friendly that a person with minimum knowledge can easily deploy and use it.

To be honest I, dont see any see any thing as such. Since the team is contiuously working on developing some create features.

Warum Altaro VM Backup gewählt wurde: The ease of use and teh price point.

Thanks so much for your feedback. We appreciate it!

Kommentare: Veeam is the Cadillac of backups, and there are lots of Chevys that will get the job done but really make you work at it, but Altaro sits in the sweet spot of a great value with lots of features. I have deployed it at every client that runs VMs on Windows, and it has saved the day several times. Setup takes about five minutes, especially if you are using an attached target. Even complicated NAS-based backups with off-site copies (another great feature) can be set up in less than 30 minutes for every VM on a server.

The ability to schedule sandbox restores drew me to Altaro, but honestly, the few times that I have needed Tech Support (including one time on a holiday) it was outstanding. The quality of the support, the speed with which I can reach someone, and the genuine politeness of the staff make getting support painless. I also like the ability to do off-site copies of the backups. This work s great when I use a direct-attached targets like ioSafe drives and then replicate the backups to portable USB drives to go off site.

The software is amazingly full featured, but I would like to see the sandbox restore take a snapshot of the services snap-in on the restore once started, shut down the sandbox, delete the restored machine, and send me the image so that I know it worked. The first time you put in the license code it is a bit convoluted. This is nit picking.

Gründe für den Wechsel zu Altaro VM Backup: Features versus price. Once I tested it the ease of use sealed the deal.

Ease to use and reliability. accuracy and support

I want if Altaro have Phone support instead of chat

Thank you for your reivew. We'd like to clarify that phone support is available 24/7, as well as chat.