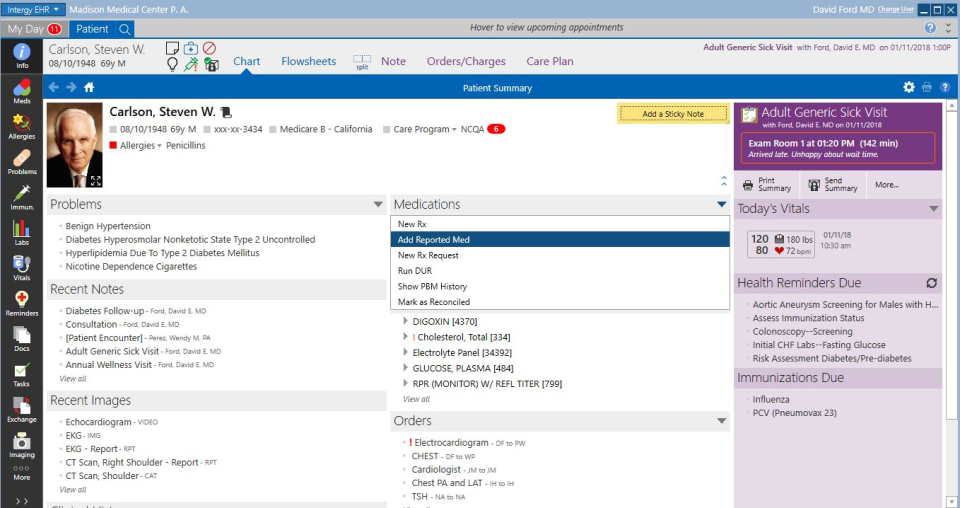 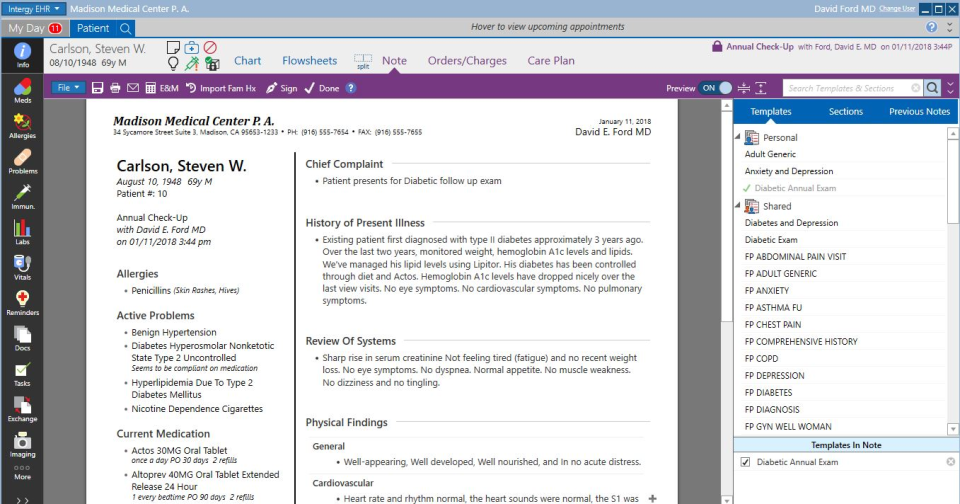 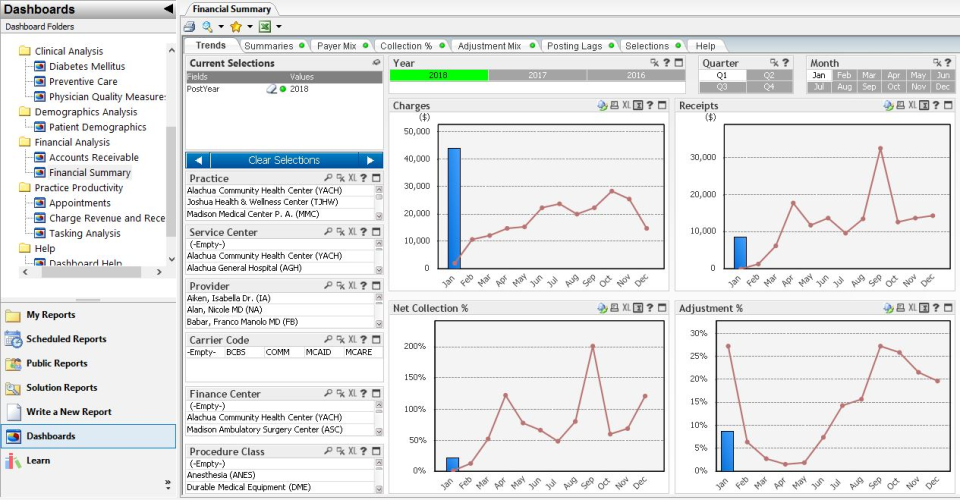 4,8 (5)
EMR Experts with an obsessive focus on providing "the most beautiful & easiest ever", clinic management solution for Clinics.
Produktdetails Vergleich anzeigen

Intergy works well for us

The Intergy PM and Practice Analytics reporting system are great for our business. The ease of claims entry and transmission has helped streamline our processes.

Some of the Enterprise functions are meant for a large multi-specialty practice and not a RCM/billing company like ours. But it does not hamper our use of Intergy.

Kommentare: It has been great. Our PM set-up phase and go-live went great. We were prepared and ready to go. Our billing did not miss a beat.

The billing set-up/features are easy to set up and easy to use.

I would like to see some more built in reports with filters. We can always run/write reports in Practice Analytics - but not all users have PA access. Some additional Finance and A/R reports would be great.

Kommentare: We are a small practice and have sunk too much into changing so now we feel trapped. We have longtime employees talking of quitting because this system is such a frustrating mess. Supposedly there is an update "in the spring" that we are hoping at least makes the software useable.

We switched over from Primesuite early because Greenway told us if we did so there would be no extra charge for the new software and Primesuite was no longer being supported.

Where to begin? This software has literally brought our thriving practice to its knees. That in and of itself says it all. I have 2 partners in their later careers talking imminent retirement due to this system. I've been in practice 10 years and have found myself looking at other options solely due to the Intergy switch. We were happy using Greenway Primesuite. Like all EMRs, it sucked but at least didn't get in the way of providing patient care. We were told Greenway would no longer be supporting Primesuite and so we assumed (wrongly it turns out) that at the very least we'd get an upgraded version of Primesuite. We couldn't have been more wrong. I feel like I've stepped back 15 years and cannot think of 1 improvement from the old software. Customer Support has been abysmal. Greenway sent trainers to help us when we went live. Problem was they didn't really know how to use the system. Then on day 3 of going live there was an "update" that completely changed to look of the system and which the trainers had not received any training on. At that point they could no longer answer any of our questions and were learning along with us. The one bit of help in this whole mess was when our trainer admitted this EMR was crap but that they're all crap. Appreciated the honesty in a mess of lies.

Lance, we are sorry to hear of the difficulties you've encountered. We have escalated the matter on our end. You can expect to hear from a representative who can address your concerns and connect you with the training, support, and answers you need.

Kommentare: This system has met all of the expectations of our clients. We have been able to customize the system to meet all our needs.

This software is comprehensive and flexible for multi-specialty practices. The reporting capabilties are second to none.

The user interface could use a refresh. We have had to use a 3rd party integrated product for digital signature capture

Kommentare: reenway has always provided us with a subject matter expert in the areas or modules that we need or may have overlooked. So at a moment I can pick up the phone or email a SME to get direct insight on how the system was designed to work vs how we were using it.

It's important to note after going live the support turnaround & follow through have been great. Chat, Calls, Email.

ome key points I'd like to highlight are: The sales teams, I really hate to use that term because of the typical cliché of a sales guy. I've had the opportunity of spending time with these teams at the conferences and truly believe they want to do well by the community and not just sell a product and move on. That being said, every implementation that we've had, we were always provided a robust road map that outlined the entire process from assessment, discovery, plan and design, training, communications to entire organization, adjusting or recommend workflow changes, and continuing support. Throughout that process of not just developing the road map but following through, we were always in control and felt that Greenway's actions were directed towards our goals.