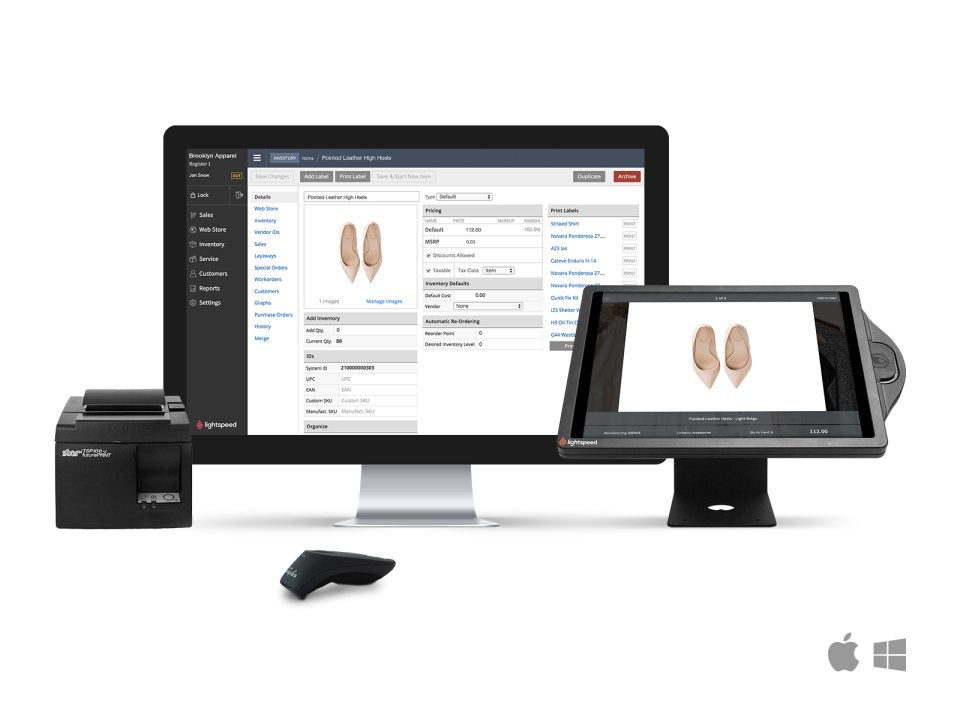 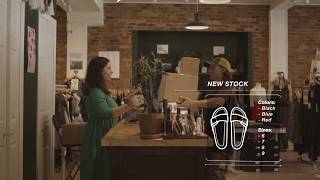 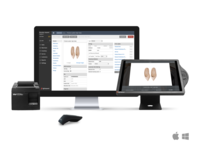 Kommentare: One major benefit is how easy my ordering is with their PO system.

Vorteile: I moved from Lightspeed to Clover and it's night and day. I had to piecemeal the Clover system on the back end to be useful and Lightspeed hands you so much. I've since added more and more of the Lightspeed system like loyalty because their tools are amazing. One of the best parts is their customer service. You get quick answers and they go above and beyond. Whether it's something as simple as why isn't my shipping working on ecom or how can I verify my website with the different social media platforms, their FAQs and customer service team never disappoint. If you are thinking about switching, do it. You won't regret it. It's made me more efficient all around. Thanks Lightspeed!

Nachteile: Lots of different options so it takes a bit to determine what you need to use.

"Best decision I made for my business!"

Kommentare: Overall, I would recommend Lightspeed POS to any other retailer (especially clothing and shoes) in a heartbeat! If you have been manually counting inventory and have no customer sales data, this is a must. It was easy to set up and continued to be easy to use for me and my employees. The cloud based feature is perfect because I never have to worry about backing up important data and I can "see" my business from any device with internet access. It's brilliant.

Vorteile: Lightspeed POS provided instant inventory, sales, customer and employee data that was missing from my retail business. It was relatively easy to set up and I had lots of support! The amount of information we now have about our retail business is staggering and it allowed us to connect multiple locations which made inventory transfer a breeze!

Nachteile: I had hoped for an integrated Loyalty program from the start (this has now been launched). We were manually keeping track of points for our customers which became tedious and inaccurate quickly. The new Loyalty is a good start but it feels a bit clumsy at times and not as customizable as I would like. Sometimes inventory issues pop up when items are returned. For example, special orders from one location that are added to a purchase order for our main location, automatically show in stock at the needed location when simply checked in at main location. This can cause confusion as they are not physically at the needed location just yet. They have to be physically transferred but should not be added to inventory or received once they arrive (they were already there!). This took us a while to figure out and caused many inventory numbers to get out of whack.

"Sales Reps should be aware of product limitations"

Nachteile: Time consuming and monotonous account for merchant processing (fees are removed daily). Incapable with other( you must by their Zebra printer) hardware. Does not work with other ecommerce as they promised. Reports are not very user friendly

We would like to sincerely apologize for your recent experience, and we are sorry to hear you were less than satisfied with the product and service received. We will have someone from our Customer Success Team reach out to you shortly. We value our customers feedback, and would be grateful to have the opportunity to address your needs and concerns.

Vorteile: Nice user interface. Good features for a shop that does service work. Cloud-based software makes it easy and convenient.

Nachteile: Our bike shop has been using Lightspeed for 5 years now, first with their Mac based software, and then with their cloud based software (Lightspeed Retail). There are many great things about the software, but on the whole I would not recommend a small business owner to hitch their cart to this company. There are significant bugs, inventory control is a disaster, but worst of all, fundamentally Lightspeed does not care about their customers. What Lightspeed cares about is their roadmap which in most cases doesn't deal with fundemental issues that their customers have been bringing up for years - if you have any doubt on this, look at their "ideas" page where top voted on features and requests have sat dormant for years. My frustration has boiled over due to an issue with the way their inventory system works, and the way their customer service team has responded to my pleading that they at least give me an ETA on a fix. Here's the backstory: Lightspeed does a very peculiar thing which is that it will auto-add inventory if a product is sold but does not exist in inventory. Not only this, but Lightspeed will auto-check-in inventory off of POs if a product is sold. Now this in and of itself is a disaster as far as accountability is concerned: how is one supposed to track POs when product mysteriously gets checked in! But the worst part is that there is a bug in their system which will auto-check-in product off of POs if product is put into a work order. Doesn't matter if said product is sold or not, it will check-in the product regardless, causing a nightmare scenario where we are trying to figure out what POs have truly been received, and which POs Lightspeed has decided to receive automatically. I brought this issue up for the first time around 6 months ago, and never got any solid response on a fix. I contacted support in April again. After a lot of back and forth about whether this was a real problem (like I love spending time contacting support) the support tech Derrick agreed that this was an issue. I asked for an ETA. No ETA was available. I followed up a month later in May. Still no ETA, but Derrick assured me this was a priority, but also assured my significant problem that is causing myself and my staff time and frustration and vigilance and additional systems and workflows to remedy is "an extreme edge case scenario so I'm curious about how it could be causing you significant workflow issues." So now we are in July. This supposedly "high priority" "extreme edge case" bug is still not fixed. No ETA. No communication. Since we started experiencing this issue Lightspeed has stuck an e-commerce link in the middle of the navigation bar and continued to work on integrating their e-commerece into every other cranny of the software, even if you don't use their e-commerce. They've added a new feature called Analytics which costs additional monthly fees. Their API is still slow and unsupported. Their App marketplace is effectively a Potemkin village of fake apps with no real syncing with the silo that is Lightspeed. The promises of a cloud based POS are so great, but Lightspeed does not deliver. If you are looking to invest time and energy in a retail POS platform, I would strongly encourage you to look elsewhere. Lightspeed looks very slick on the surface, and it is quite good in many ways, but the underlying company culture does not put their customers first.

"Best POS System in the Business"

Kommentare: We had two separate Retail POS systems in our organization. One was so antiquated it had to be replaced and the second one was experiencing issues everyday and the support was lousy. We purchased LightSpeed. I had the Retail Operators go through the setup videos and make decisions on how they wanted to setup the system based on the videos. Then, when the Operators completed their training, I had them configure LightSpeed themselves based on what they learned and the decisions they made. We then entered the inventory and the rest is history. I would recommend LightSpeed to anyone looking for a retail POS no matter what size.

Vorteile: I have installed numerous POS systems in my 30+ years of experience. LightSpeed is by far the most comprehensive system, yet easiest system to implement and use. There support mechanism is second to none. If you look your question up in help, there will be documentation to answer your question, and chances are there is a video that walks you step by step through the solution. If you feel like you want to get live help, there chat mechanism is one of the best, better yet, the support people on the chat are the most patient and knowledgeable support people in the business. Simply the best.

Nachteile: I don't have any comments for this section