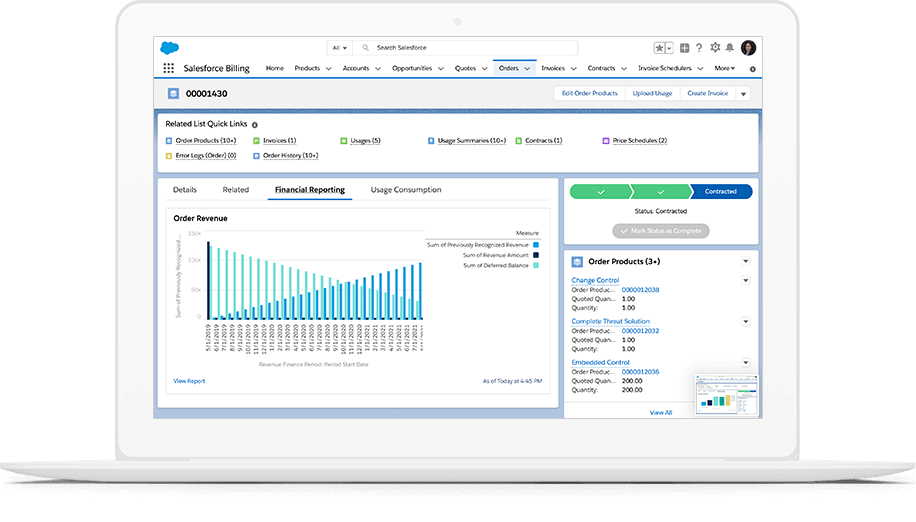 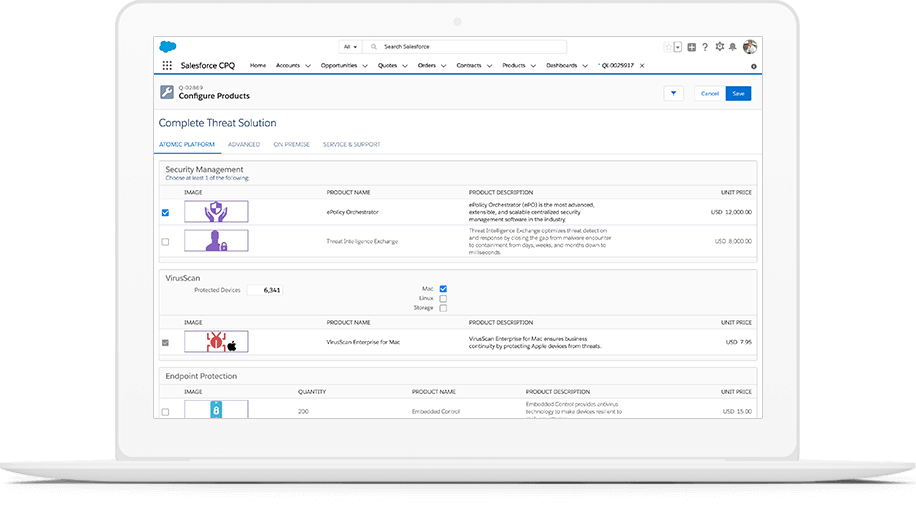 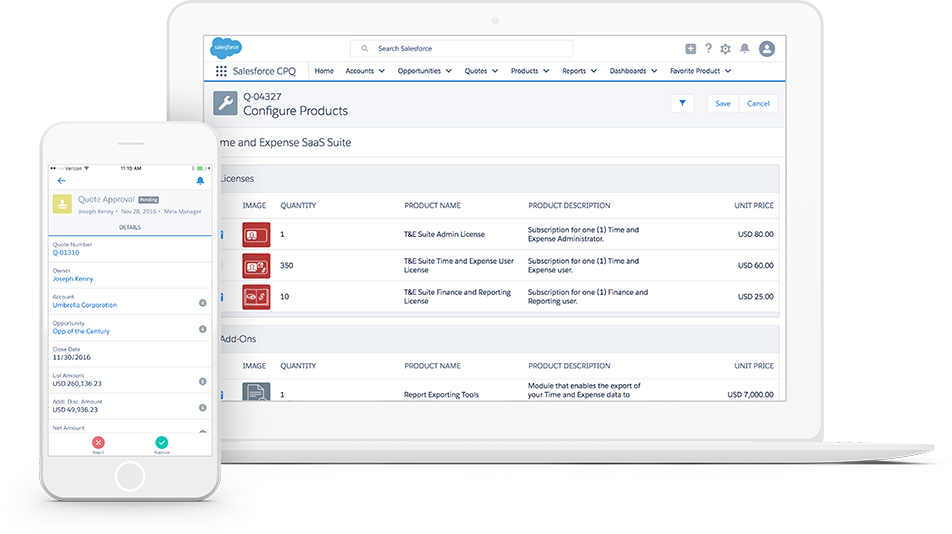 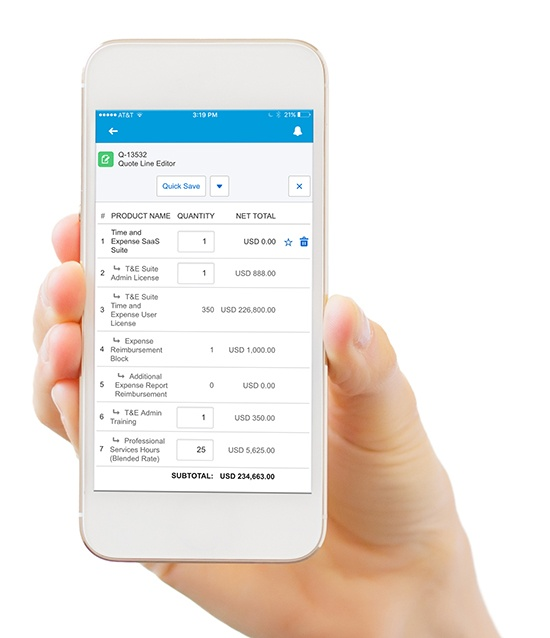 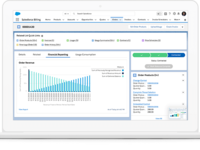 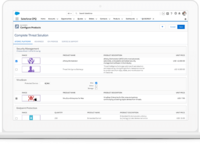 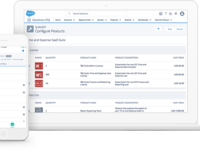 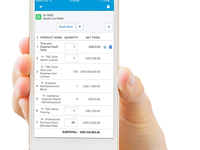 Vorteile: Integrates well with the suite of Salesforce products that are already on the market. I have both implemented and have been an end user purchasing through the CPQ tool and both experiences have been worthy of praise.

Nachteile: On the implementation end like any other product it has to be done right the first time to avoid costly mistakes and missed deadlines. It's a hot in demand product but not many consultancies no how to do it right. Make your best decision to pick the right team to implement and help adopt this as a useful tool

Kommentare: We looked at a few CPQ tools to help us automate a few obstacles in our (complicated) SaaS model. Steelbrick was the best solution out there for your buck. Pros:
We were in a situation where our current (custom) CPQ solution did not allow the flexibility to add new products, adjust order forms, support local currencies (without an expensive developer resource) and it really empowered out business to address new opportunities by being able to do these things.
There are a lot of objects and we needed to use them all to make our multi-year product model work and it seemed daunting, but really, I was able to pick up how everything fit together after a few days of diving in and playing around.
The support and customer service team are absolutely amazing. Special shoutout to my CSM (Kelly Wilson) who responds day and night to emails and is always willing to find time to get on a call. Our primary support agent (ChrisL) is also really smart and easy to work with.
No implementation of CPQ goes perfect, but we had great implementation engineer (ChrisT) and implementation consultant (ChrisH) who really PARTNERED with us to make sure the tool was what we needed to accomplish our goals.
You can trust the product management team. We have already seen features that they have promised to us (contract amendments, for example). Cons:
- We did not realize this until after implementation (and product management has promised us that it is a high priority), but the CPQ tool will only work in full data replica sandboxes. Partial and dev sandboxes do not bring over the 20+ object records that come with Steelbrick. You will need to make sure you also consider some data migration solution between environments. You can do this yourself. I did it once successfully and it took 4 hours. :(
- CPU timeout errors. If you have complicated pricing on multi-year products and you make changes to those quotes (for example changing a 5 year deal to a 3 year deal), we often get a "CPU timeout" error. We can't ever get beyond this. We need to build a new quote. :( Again, Steelbrick product management has assured us that this will be addressed in future releases with more precise code.

Kommentare: I need to put this disclaimer in front of what I'm about to write, because it will sound critical. I left the company using CPQ about seven months after we started to integrate it into our SalesForce platform. So, it may have ended up being a success. At the time I left, it was not a success. Not a failure either. Maybe the payback was still coming. It was sold to us as being a quick, seamless integration that would be easy to get up and running and customized to our business model. It was not that. It is a potentially elegant solution that we wanted to use so we could scale up our selling process and hopefully reduce the sales cycle. There was no evidence that it succeeded in doing that for us.

Vorteile: I love the concept of starting the quoting process and having that all captured in the CRM database. Also, that it looks and feels like SalesForce so the sales people are not scared off by it immediately.

Nachteile: The spin-up was very difficult. It did not work as seamlessly as advertised. Ultimately, it required us to rely on a consulting agency that did not show the same level of quality and customer service that one would expect if dealing directly with SalseForce. It turned out to be much more costly than expected to implement this "plug-in."

"One of the best CRMs"

Kommentare: Overall, Saleforce.com helped me drive my sales into a better direction giving me a clear view of my performance and serving as a guide to what was needed to keep my sales in check.

Vorteile: I used Salesforce for the past 6 years as a Sales Director in a fashion firm. We used it on a daily basis to keep us informed of our performance, give us a complete view of our clients and monitor our work with numerous reminders and reports.

Nachteile: The reports are customizable but it can require a bit of a learning curve. The alerts, unless managed can become a bit of a pain.

Kommentare: Ultimately we received no benefit

Vorteile: Lots of customization options and flexibility. Native to the SalesForce environment. Pricing on a per user basis.

Nachteile: We spent over 9 months planning and working with a Systems Integration Partner (SIP) recommended by SalesForce. The project involved an Executive sponsor, various team members from different departments, a Project Leader, and our SalesForce Admin. We carefully planned the design of the system and each step of the way worked closely with the SIP but we couldn't get it to work. To many options, rules, settings, etc. We were promised that it wouldn't be hard. WRONG!!!!
WE WASTED VALUABLE STAFF RESOURCES FOR NOTHING! We advised SalesForce of this and they still won't let us out of our 3 year contract even after paying for 1 year of development that netting bupkis. This Software is lots of promises with no ROI.