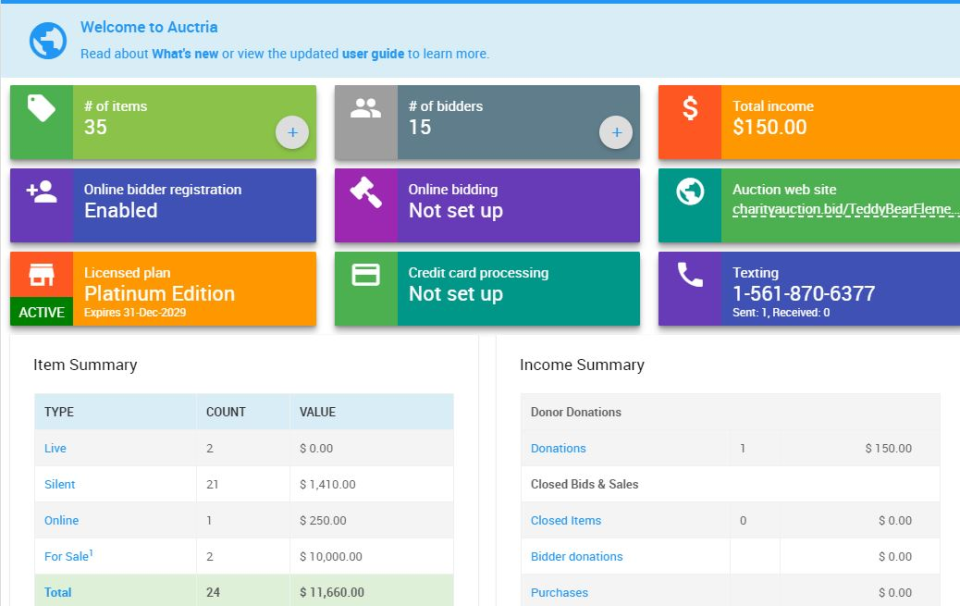 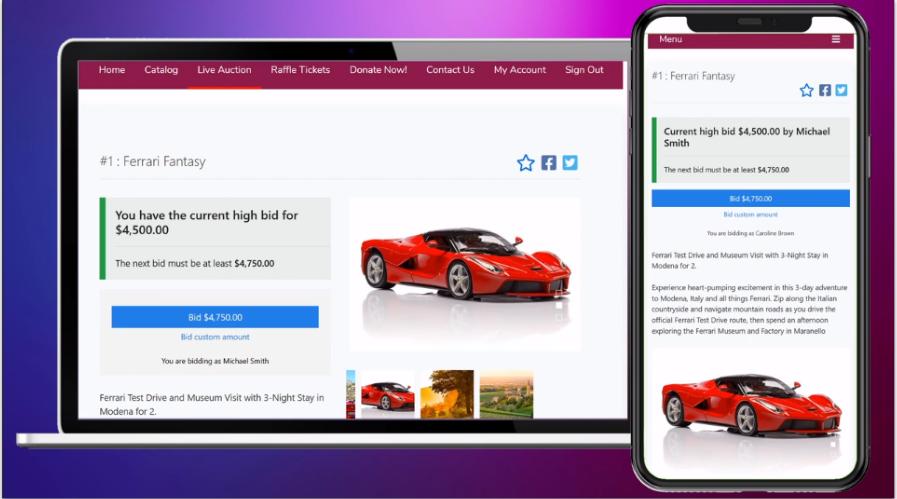 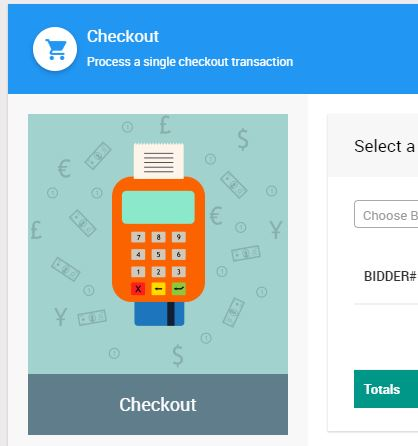 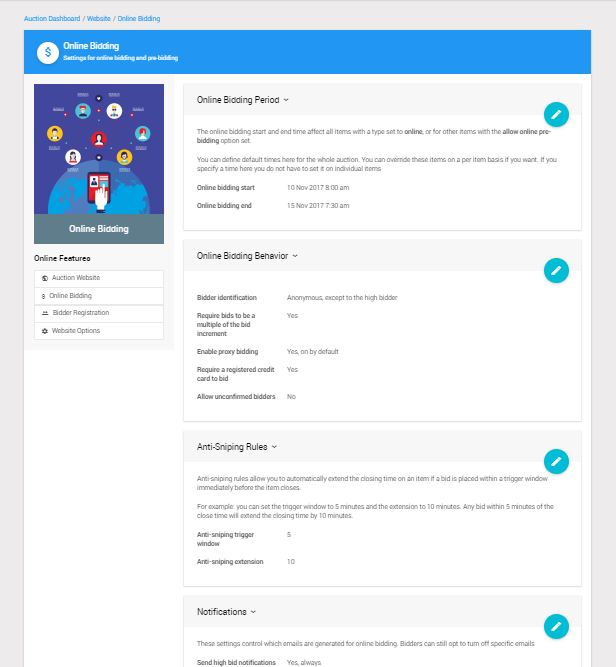 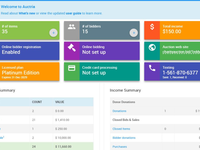 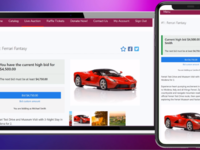 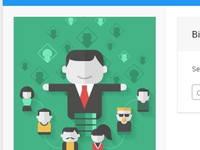 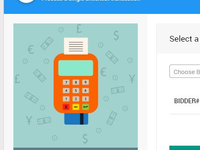 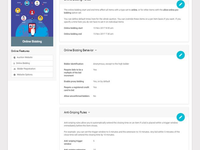 "The BEST bang for your buck and more"

Kommentare: Overall, for having this be the first and only auction software I've ever used, this has been an amazing experience. I loved learning the ins and outs of Auctria, and strongly recommend it for smaller auctions, and if the slight kinks are worked out, strongly recommend it for big auctions. There's a lot of potential with Auctria, and I'm hoping they succeed. I think they will

Vorteile: I loved most everything Auctria has to offer. 1.) The team there is phenomenal. I don't think I've ever gotten such instant quality support on anything so consistently in my ENTIRE life. Literally, when I send a support email, I expect a reply back in maybe a day or two. Auctria responds in less than 3 hours, sometimes in literally HALF an hour. amazing. 2.) Even without all my nonsense questions, the guides that Auctria has are very detailed and I could relatively easily figure everything out myself – which I mostly did, but it's nice having the Auctria team to ask questions to. Especially since they're so accessible! 3.) Their features to capture donor information is second to none. My favorite thing about Auctria is how they made the capture of information BEFORE the event so simple and easy. The only thing that sucks was having to input "guest" information at the event, but Auctria tied every guest to the purchaser, so even then, they covered bases by allowing us to know who to contact if we needed something from someone. 4.) From silent auctions, to online, to even live, Auctria literally covers everything so well and seamlessly. 5.) Checking out final bids is so easy. no chasing down people for cc information – with maybe one or two who for some reason chose not to register their card.

Nachteile: 1.) Auctria's only con that I found so far was with it's app and online bidding. I didn't find online bidding so seamless, when someone needs either an email address/bidding number and a password in order to log in. As I was testing the app, I found befuddled on why someone needed a password, and found that some people weren't able to make a password, effectively not allowing them to bid online. I rectified this with having online kiosks, but we definitely lost some money because of this. We might not use Auctria next year because of this which saddens me. Making the online bidding process simpler though would make my team change their minds I'm sure.

Thanks for being our cheerleader and hope all your fundraising goals are surpassed.

Kommentare: Overall, Auctria helped run our auction smoother. Now that I have used it once, using it in the future will be a lot easier. The price is unbeatable for what you get.

Vorteile: The software is very easy to use. Check in and check out was easy for people to pick up.

Nachteile: I didn't like that checkout didn't include what the items where. Check out people had to go to the bidder profile and then to checkout. There is a lot of features which is wonderful but it would have been nice to have someone consult us before so we knew what features we needed and others that we didn't. The software is not very user friendly to individuals that have visual difficulties. When you invert the colors, it is very hard to see buttons.

Thank Molly for using Auctria for fundraising with Clarity Clinic of SW Wisconsin, LTD. Happy to read that you find check in and checkout easy.

Please reach to our support team for help using any features. Email: hello@auctria.com or in-app messaging. We truly want you to have the best auction fundraising experience possible.

Regarding checkout and items is a bit upsetting, this is the core of the platform streamlining donor-item-bidding-checkout. During checkout all items, donations, for sale purchases are on the checkout screens as well as bidder statements. By default bidder Bidder statements will show all the activity: items won, purchases, donations and payments from bidders.

Thanks for taking the time to leave these details so we can help. Hope all your future bids soar!

"Easy to use, great support and worked well."

Kommentare: Loved it and would use it again!

Vorteile: I really enjoyed using this software and it worked really well. Most features were easy to set up and the customer support was excellent!

Nachteile: Some of the time the program flow is a little hard to figure out and not logical.

Thanks Kyle for using Auctria. Also thanks for pointing out the full features of Auctria. Yes, registration & auctions are the core of the product. Also included with every license (no up-charge) are: selling tickets online and at the door, tables, raffles, check-in, check-out, close-out, paddle read, a dedicated website and the lsit goes on. The very best part is that it is ALL streamlined.

Hope you crushed your fundraising goals. Looking forward to you using Auctria for your next event fundraiser.

Kommentare: We had a successful auction but my overall rating of auctria was a 6-7 out of 10 only because I feel there are some kinks they need to work on.

Thanks for the feedback Anne. As you stated Auctria's customer service is web/email/ message based and not phone support. This allows us to keep the license fee very low and more money in the pocket of the fundraiser.

We do run webinars regularly, these are live events and we do open it up to Q&A at the end. If you missed a topic they webinars are available for playback too. Love for you or your team to join us.

Sorry you had difficulty setting up the cc, our support team is always here to help. The good part is once its set up it's done, so there are no additional set-ups for your next auction fundraiser.

Our support team is always nearby, please reachout- hello@auctria.com

"Lots of bang for the buck"

Kommentare: We are a small non-profit without a lot of resources. We needed a robust and accurate solution to help us produce our gala which usually attracts 400 guests. Auctria provides the tools we needed to accomplish that without making a huge investment.

Vorteile: We have an annual gala with ticket sales, silent auction, and more. Auctria has a lot of functionality including online sales, online auction, forms, reports, and an event website editor. You can also send messages based on different criteria to your guests. Was able to create invoices that were automatically sent out after online purchases through the event website. The price is quite low for all the functionality. We used the online messaging feature to get technical support many times (included) and the response time was pretty quick, within hours.

Nachteile: The user interface took some getting used to. It would be great to have a way to integrate with a CRM. We use Salesforce and there is a lot of data entry to keep our systems in sync. The online bidding during our event was a little complicated. May be a lot for someone without any exposure to setting up these kinds of websites.

Love your title of the review "lots of bang for the buck". As you stated, Auctria is full featured and glad to read yo used almost all!

Thanks for taking the time to leave a detailed review Mary. 400+ guests is quite an undertaking, hope you crushed your goals.