Our customers told us they had KPIs, KOPs, Indicators, limit sets and targets scattered around too many systems and volatile spreadsheets. They just needed an application so that engineers and managers could define, update and monitor their decision critical indicators. We made the application called Vizion OE and incorporated the learnings from the early adopters who now have a pragmatic system, providing operational clarity that utilizes their existing PI System or Siemens XHQ Infrastructure. 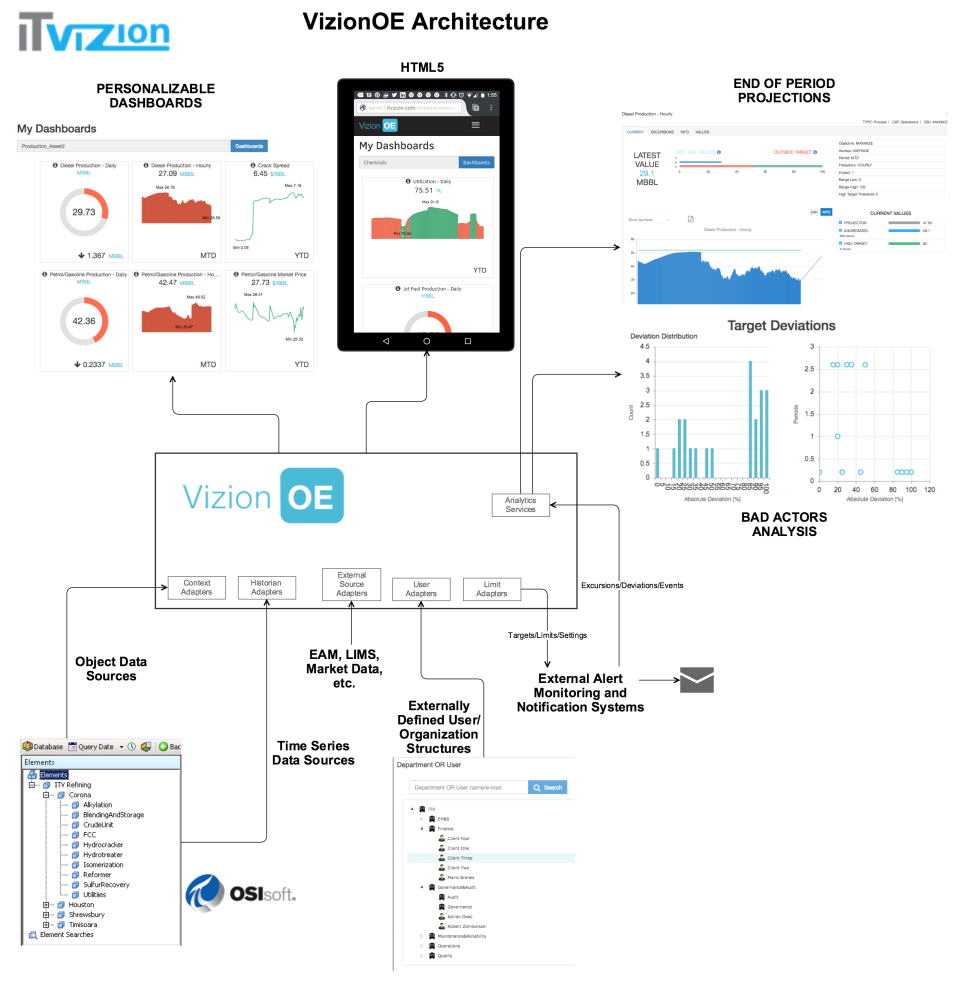