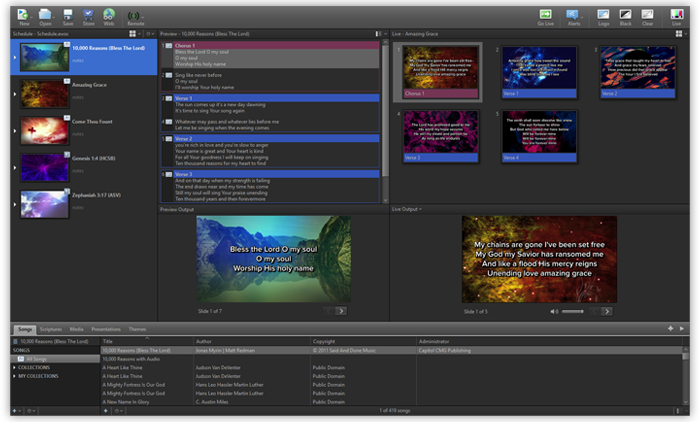 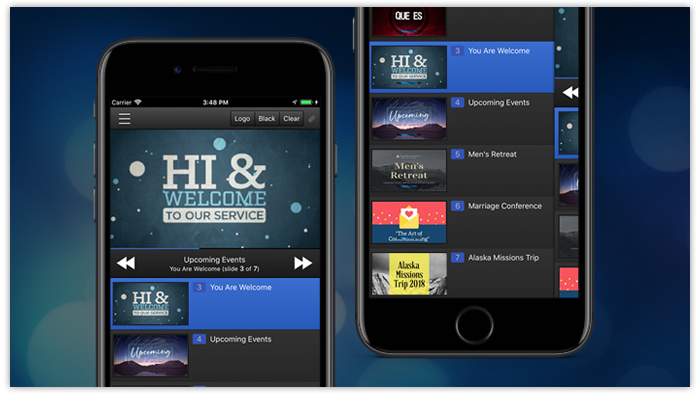 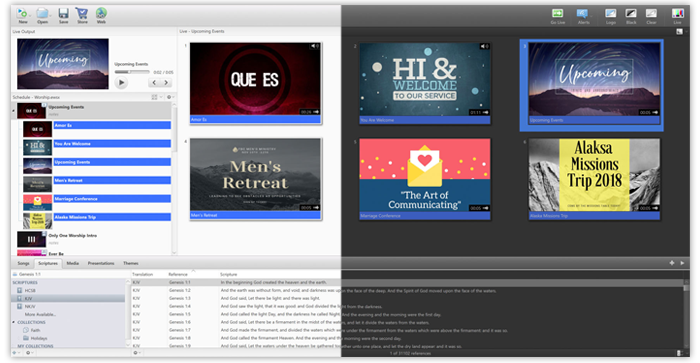 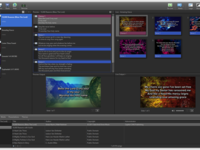 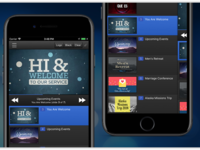 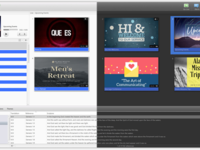 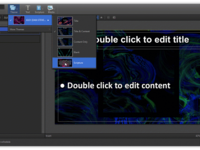 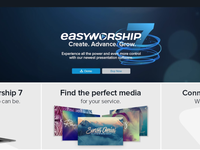 Kommentare: Love being able to include and onboard volunteers easily and having features that make running a smooth service up front do-able

Vorteile: We use EasyWorship for our Sunday services. I love how easy to use it is. Oftentimes volunteers are hesitant to volunteer to run slides because they think it requires a lot of technical experience, but EasyWorship is so straight forward we tell volunteers if you can use Facebook you can run EasyWorship. The black-out feature also makes transitions very smooth and the ability to preview what is coming up next helps you stay organized while running slides.

Nachteile: You do need a bit more technical training to load the songs/slides onto EasyWorship. Not a ton (if you are file opening, moving and attaching files, you could figure it out), but enough that the volunteer who can click buttons to advance slides may not be comfortable doing those things on the back-end. It just means a bit of extra prep before the service and is by no means an insurmountable obstacle. I honestly haven't run into many problems with EasyWorship. I know there are more expensive and fancier softwares out there for people that want more options/customizability. For us, EasyWorship works just fine!

Hi Joy, thanks for your feedback! I wanted to reach out and see if you had any recommendations on making the software a bit less technical on training and also to see if there are any features that you are interested in that EasyWorship may not yet have. Please feel free to send me an email at support@easyworship.com at anytime. - Fred

"The name is accurate"

Kommentare: Overall this is a very easy to use, but powerful presentation software for displaying song lyrics. It integrates with many lyric and license providers which makes adding new songs simple. The price is okay and the developer seems to work on upgrades pretty regularly. I would recommend this software to any church looking for a lyrical presentation application.

Vorteile: It really is easy. It's very nicely laid out and simple to learn, which makes it very easy and user friendly. The developer's have done a fantastic job in many respects and if you're looking for a presentation software for church I would highly recommend trying this one. It allows you to easily change backgrounds or to have a solid color as the background. Changing song lyrics is simple and straightforward and you have the ability to change how the lyrics look as far as font and how many words are on the screen. It's easy to re-order songs if you need to, or add and delete songs on the fly. The search feature helps find a song easily if your teams adds a song on the fly. It also has the ability to put scripture on the screen, with many different versions available.

Nachteile: Sometimes video with sound doesn't work well or at all and the program seems finicky about the type of video file. I've found displaying webpages hit or miss as well, but I'm not sure if that's the control or the program as I haven't done it often. There isn't much that I don't like about it.

Hi Blair, thanks for the feedback! It sounds like there may be a couple of issues that we should be able to help you correct right now. If you could contact us at 1-918-250-1493 or support@easyworship.com, I would be happy to help. Fred

"Worked When Nothing Else Did"

Vorteile: It was easy to integrate with OBS for live streaming live church service with lyrics and lower thirds Scriptures and speaker notes. Support Team was great. [SENSITIVE CONTENT HIDDEN] answered all my questions and never gave up on me until I have my presentation up and ready to go.

Nachteile: It freezes a lot and I have to keep opening and closing it.

Hi Aireen, thanks for the feedback! Could you contact our technical support team about the freezing the issue? This is not normal behavior for the software and should be easily correctable. Our team can be reached at 1-918-250-1493 or support@easyworship.com to take a look at this for you. Fred

Kommentare: Sadly, it has earned the nickname Hard Worship in our church. Because it is slightly too complex, and unstable enough to regularly cause problems for non-technical people like me.

Vorteile: It has a lot of different features.
For instance, you can set up a link to Song Select (if you have the appropriate subscription to Song Select), which makes downloading your song lyrics straight into your Easy Worship schedule really quick and simple.
You can do the same with youtube videos - which is again super efficient and helpful.
There is also a whole array of other functions (video or image backgrounds to slides) which I have not begun to use.

Nachteile: I have encountered a number of unresolved problems with this software.
1. I have not been able to import Powerpoint presentations into an EasyWorship Schedule. There is a simple way to do this in the program - but it will not work when (and yes we are running latest versions of Easy Worship and Powerpoint). As a result we have to save Powerpoint presentations as jpeg files and then import them into Easy Worship schedules - which is a pain.
2. When the Easy Worship software updated it disconnected itself from our Easy Worship Library we had created on our laptop. This can be easily fixed, but it caused a major problem/panic at the beginning of one of our services, and it was not clear to a lay person like myself what on earth was wrong. It was embarrassing to start church 30 mins late because of this.
3. We have found the software is a bit unstable if you have Powerpoint open and running at the same time as Easy Worship. For some reason they don't seem to get along.
4. We have EasyWorship installed on two different laptops in our church (one used by the Pastor at home, one used at church for presentations). We tried to set up a shared, synced Easy Worship library on Google Drive that both laptops could share. Easy Worship did not like us doing this. After repeated attempts and problems we realised that Easy Worship and the syncing process on Google Drive were not getting on with each other. It is annoying that we are unable to have one synced Easy Worship library!

Hi Timothy, thanks for the feedback! PowerPoint integration should be fully functional as we are not currently aware of any bugs with PowerPoint. An alternative to cloud storage could be a local area network which is fully supported and completely stable. Could you or someone from your church contact us about the PowerPoint issue? I can be reached at support@easyworship.com or 918-250-1493 during the week. Fred

"Good if you’re good at it"

Kommentare: Despite some of the issues with media files, I enjoy using EasyWorship. It did not take long to “master,” and with a little pre-planning and a brief tutorial, I could have someone take over my role for a service without much worry. I would have liked to have been able to have accessed a wider catalogue of songs, but once you learn the tricks to inputting lyrics, adding songs is not a major issue. I purchased this software initially because of budget constraints and a lack of time to properly compare all available options. That being said, I am not unhappy with the time I spent using it.

Vorteile: My favorite part about this software is the ease in which the user can quickly put Bible verses on the screen if they have not been informed about them prior. I used this as a music minister before I became senior pastor, and our pastor would frequently quote scripture throughout his sermon that he had not given to me beforehand. This software proved better than any other I have used at being able to quickly put a scripture on the screen, and being able to quickly alternate between translations. With a little practice, I could have the scripture on the screen before the pastor finished saying “John 1:1 says.” The other software I’ve used has made this task difficult.

Nachteile: Integrating media proves to be troublesome much of the time. We frequently had issues with video files that, even though they had been loaded onto the computer itself, would not play correctly from the software. We ended up resorting to simply playing video files through another media player, then changing the desktop mirroring following the end of the video so that we could begin using this software again. We also had issues at times (though less frequently) with looped video backgrounds causing the program to crash. This occurred on multiple PCs, each with a processor more than capable of handling the looping video, and with multiple looping videos, which leads me to believe it is an issue with the software.

Hi Nick, thanks for the feedback! If you have some free time available this week, we should be able to resolve the issue with video playback. Can you contact our technical support department at 1-918-250-1493 or support@easyworship.com? This will probably be a quick fix that we can help with. Fred